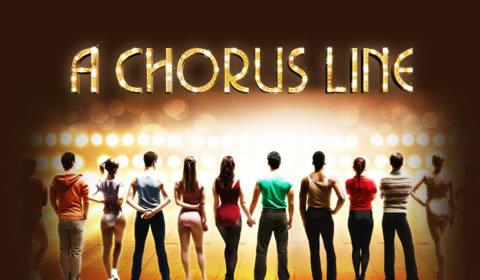 London Palladium
11 seat views
A Chorus Line is the hugely successful, meta-theatrical show that ran on Broadway for an extensive fifteen years. Now revived for the first time in over thirty years, A Chorus Line dances into the iconic London Palladium.

Winning an incredible nine Tony Awards and one Olivier Award in its opening years on Broadway and the West End, A Chorus Line became one of the most successful musicals of all time. With inventive and engaging music, the performance, which runs without an interval, earned the Tony Awards for Best Original Score and Best New Musical. Written by performers about performers, the show reveals a new side to the art of theatre. Performed on a bare stage, the audience simply watch the cast perform their own songs in one long line across the stage.

A Chorus Line tells the tale of seventeen hopeful dancers and their director as they audition for eight slots in a Broadway chorus. Each dancer has a backstory which is gradually revealed throughout the show. Cassie has previously been romantically involved with the director, Zach, whilst the aging Shelia takes her last stab at performing. During the performance, it becomes painfully clear how much each dancer needs the job, as the audience glimpse into the desperation that drives them to audition. Each performer has their own song as well as a number of ensemble showstoppers. Popular numbers from the show include ‘I Hope I Get It’, ‘At the Ballet’, ‘The Music and the Mirror’, ‘What I Did for Love’ and ‘One (Singular Sensation)’.

Special notice: A Chorus Line contains adult content and is not suitable for young children.

SeatPlan Recommends: Sitting in the Stalls offers the chance to see the dancers close up, but the Dress Circle allows audience members a good view of the on stage line.