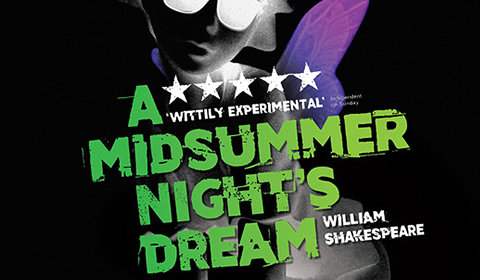 Lyric Hammersmith
0 seat views
The Lyric Hammersmith and Filter’s acclaimed production of A Midsummer Night’s Dream returns to the London venue for a strictly limited two performances in April, before embarking on a highly anticipated national tour.

Originally appearing in 2012, the riotous production ran at the Lyric Hammersmith for a sold-out month in 2016. Now, A Midsummer Night’s Dream returns, bringing its wonderfully inventive take on Shakespeare’s well-known story of magical fairies and youthful lovers to audiences of all ages.

Based on the Bard’s comedy, the production follows the plights of Hermia, Helena, Lysander and Demetrius as love becomes tangled through the magic of the mischievous fairies! Featuring live music, plenty of fun and irreverence, previous reviews indicate that this isn’t a re-imagining to miss. Added gags and plenty of mess mean this version is much funnier than Shakespeare’s original – and that’s a high order!

With only a couple of dates in London before it heads off to the regions, A Midsummer Night’s Dream plays a limited run from 13 to 14 April 2018.

Special notice: Shakespeare purists may want to skip this one, but if physical comedy, messiness and music is your thing then this Shakespeare adaptation is one to see in April. Suitable for ages 14+, this is a great show for teenagers.

A Midsummer Night's Dream seat view photos show what view you will get for your money. Unfortunately we do not have any seat views for this show.