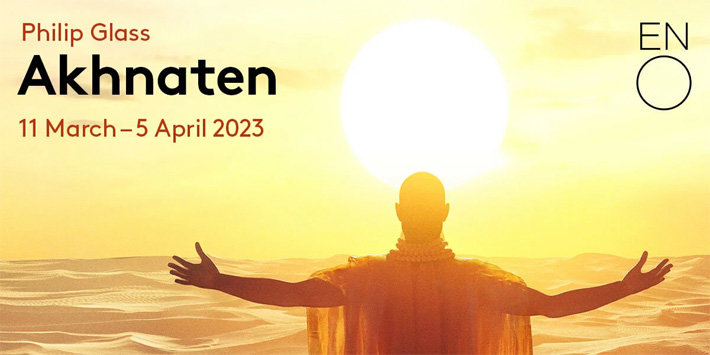 Be transported to Ancient Egypt with the English National Opera, as composer Philip Glass’ mesmerising Akhnaten returns to the London Coliseum.

Composer Glass’ Akhnaten opera tells the story of the Pharaoh Akhnaten, who was the first Ancient Egyptian leader to move from worshipping multiple gods to just one - the Sun. This dazzling opera tells his story with inspiration from ancient hymns, prayers and inscriptions, which are sung in their original Hebrew, Egyptian and Akkadian.

Director Phelim McDermott’s (ENO: Satyagraha; Così fan tutte) production of Akhnaten is hugely acclaimed, and has previously played the London Coliseum to sold-out audiences. Glass’ distinctive music, in a minimalist style, is conducted by Karen Kamensek in this co-production with LA Opera and Improbable.

Special notice: This production is sung in Egyptian, Hebrew and Akkadian with no surtitles, and contains some adult content which may be unsuitable for younger audiences.

Akhnaten seat view photos show what view you will get for your money. Click 'book this seat' and we will search for availability for your chosen seat.