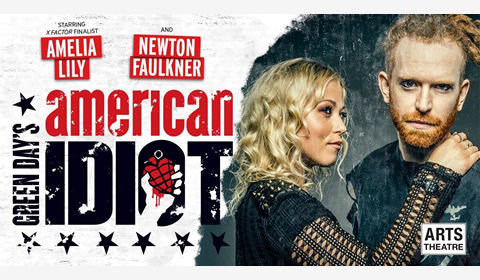 Arts Theatre
33 seat views
Racky Plews’ Grammy and Tony Award-winning musical American Idiot returned to London’s Arts Theatre for a strictly limited, rock ‘n’ roll run. The show starred Newton Faulkner and Amelia Lily in the title roles, American Idiot is the Green Day-inspired musical that features a multitude of hit songs from the angsty band. Enjoying a 2015 West End run, American Idiot embarked on an extensive UK tour, which was brought back to the Arts Theatre on July 8th 2016.

With a book and lyrics by Green Day’s frontman Billie Joe Armstrong, American Idiot is the story of three boyhood friends, lost and searching for meaning in a destructive post 9/11 world. Featuring well-known anthems from the band’s hit albums such as “Boulevard of Broken Dreams”, “21 Guns”, “Wake Me Up When September Ends”, “Holiday” and the show-stopping “American Idiot”, the musical also includes unreleased tracks from the band such as “When It’s Time”. Several songs from Green Day’s successful 2009 album also feature in the score, including “21st Century Breakdown”.

Winner of Best New Musical in the Broadway World Awards, American Idiot is winner of two Tony Awards, as well as the Grammy Award for Best Musical Theatre Album. The show returned to the Arts Theatre London for a limited run between July 8th and September 25th 2016, American Idiot is not a musical to be missed!

Special notice: Fans of Green Day will enjoy seeing the band’s hit songs come one after the other, sung by excellent rock voices. Due to mild adult themes and language, American Idiot is recommended for ages 12 and up.

Sorry this show closed 24 September 2016, we recommend these similar productions.

SeatPlan Recommends: Seats in the Arts Theatre are relatively good, due to the intimacy of the auditorium. Sit in the mid-front of the Stalls for the best overall view. Seats in the Dress Circle are good for those looking for seats on a budget. Be aware that the front three rows of the Stalls may cause neck-ache due to the height of the stage.

I grew up listening to GreenDay and so was interested how there music would be made into a show.... More

I grew up listening to GreenDay and so was interested how there music would be made into a show. Whilst in a way it was quite like a Juke Box Musical the story and theme from the album American Idiot was carried well throughout. This show had some controversial themes and certainly didn't hold back in showing some very raw and edgy scenes of drug taking and sex. The actors really carried this show well within the realms of the fixed set, with only the central section changing. Each performance as good as each other and all needing each other to make the story work. The set felt lacking in budget a little but overall that didn't impact if anything it made the story seem more real to life. I think that the show did well to put across the themes and I did enjoy the show, although it took a while to process this decision - at first I wasn't sure at all, but maybe that was just the shock factor immediately after the show.

I really enjoyed the show. Loved the music and the whole production. 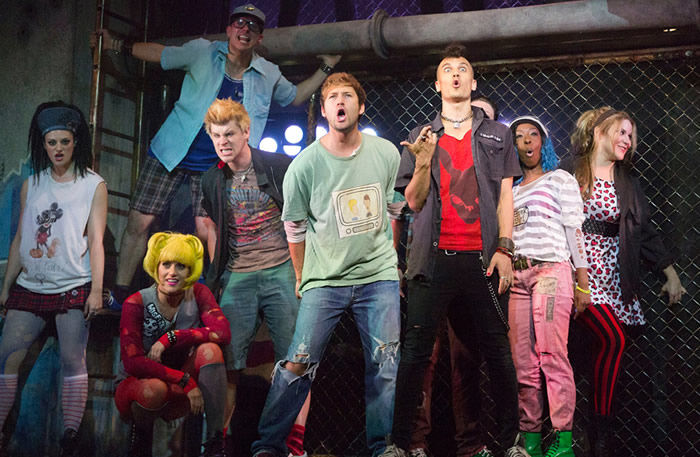 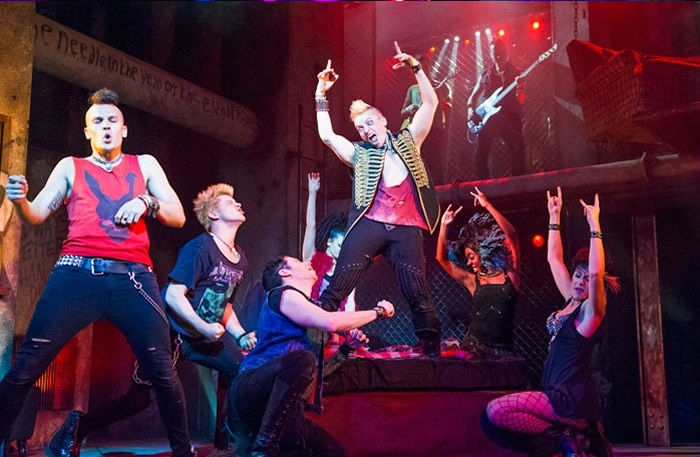 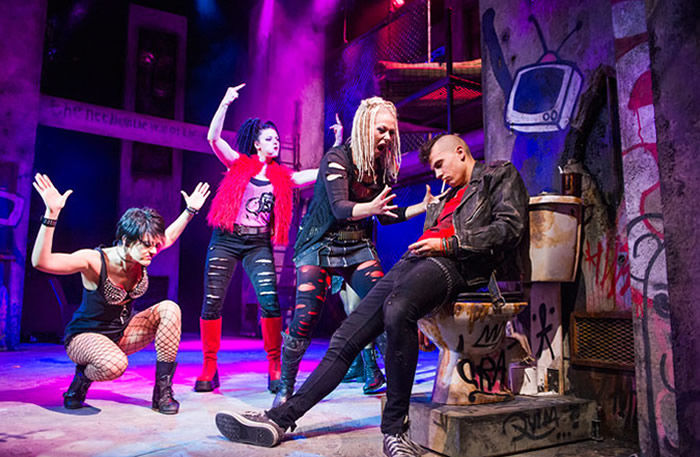 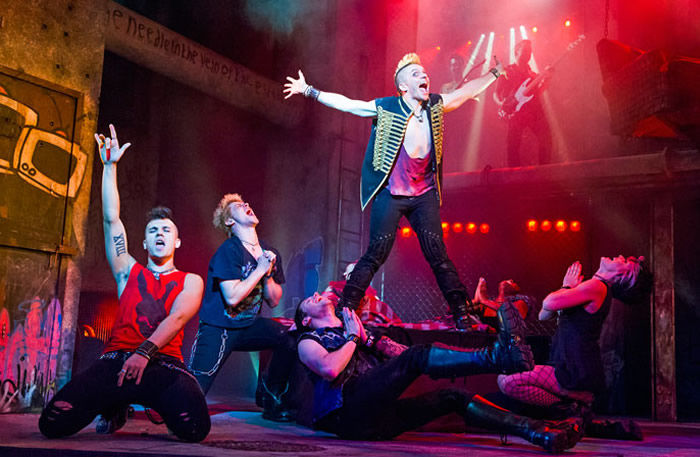 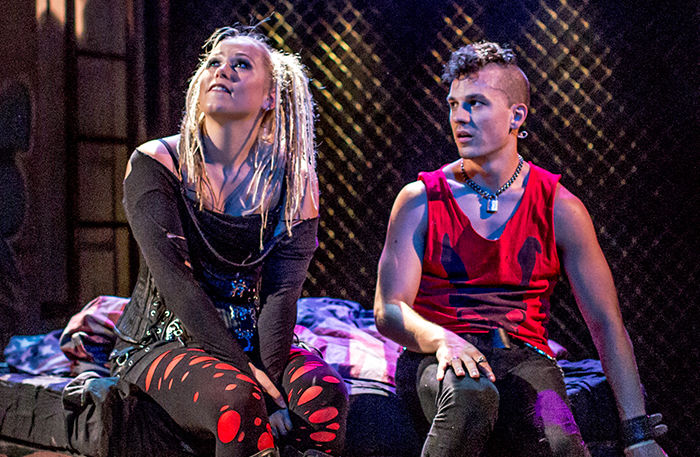 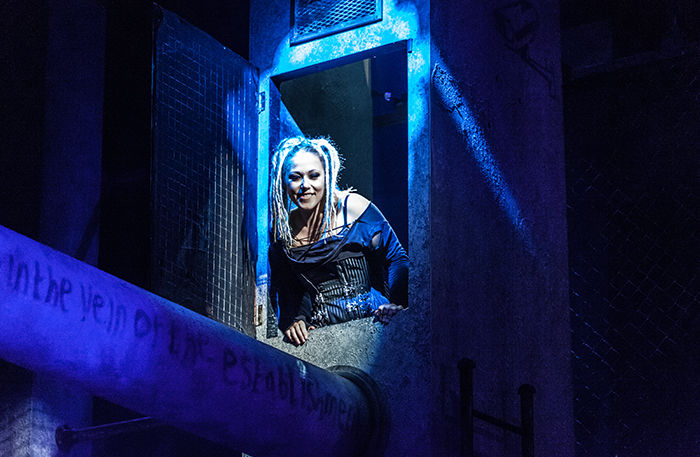 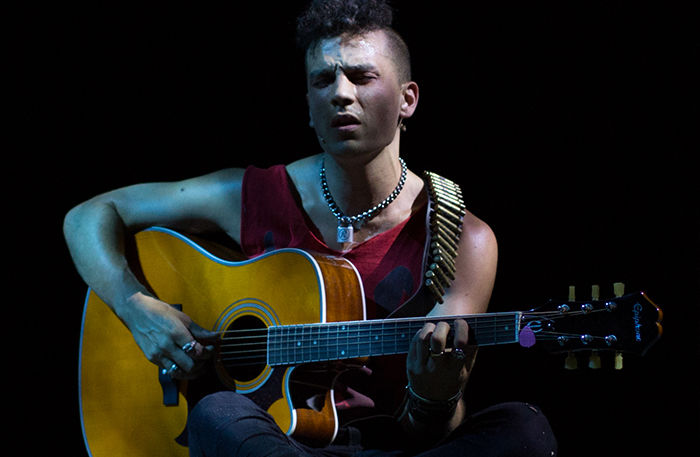