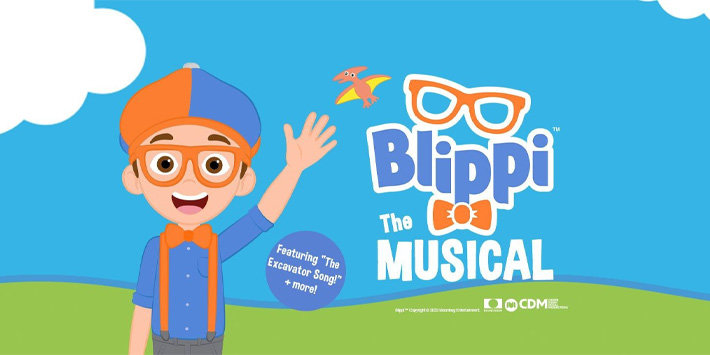 Explore and learn with Blippi!

Set out on a new adventure with Blippi as the hit musical based on the popular YouTube series returns to London this Christmas.

Blippi the Musical is the perfect way to get your children engaged in the world around them, combining a beloved online character with music, audience participation and a world-class creative team. The whole family can sing along to music like “The Excavator Song” as Blippi helps them learn about all sorts of things - from planes and trains to the human body!

The Blippi the Musical London show is based on Steve John’s much-loved YouTube series, which first aired in 2014. Blippi, in his distinctive blue and orange outfit, encourages young children to learn and explore in a series of engaging and accessible videos about nature, museums, science and other topics.

The musical was last in London over summer 2022, where it proved to be a sold-out hit. Don’t miss your chance to play and learn with Blippi musical tickets a second time this Christmas!

Running time: 65 minutes (without an interval)

Special notice: Steve John does not appear in Blippi the Musical, and the role of Blippi will be performed by professional stage actors.

Blippi the Musical seat view photos show what view you will get for your money. Be the first to add a seat view!

Earn double Rewards points by adding your Blippi the Musical seat view photo! Use your points for Theatre Tokens and Encore Tickets vouchers and get money off your next theatre trip.