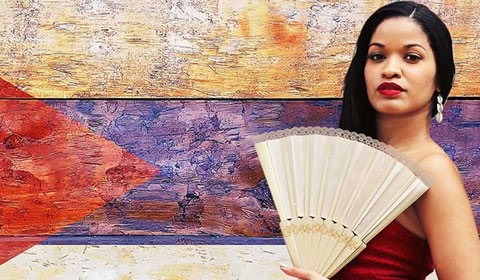 Sadler's Wells
7 seat views
A sensational new musical cha-cha-cha’s its way into Sadler’s Wells for a limited season, bringing the vibrant, authenticity of Cuban style. Creating a heady combination of opera, salsa, mambo, rumba and other musical favourites such as Habanera, Carmen La Cubana is the sizzling production that transports audiences to the crazy Caribbean islands.

Originally premiering in Paris in 2016, Carmen La Cubana comes to London for the first time, featuring Bizet’s classic score accompanied by energetic, pulsating choreography. Inspired by Oscar Hammerstein II’s smash-hit Broadway show Carmen Jones, the musical takes place against the backdrop of the dawn of the 1958 Revolution in Cuba.

A gripping love story, the action develops from the gates of a rural cigar factory to the bustling bars and clubs of central Santiago and Havana. Featuring a 12-strong band and stunning cast of over 26 talented performers, the audience sees how Carmen’s own fight for independence is found in the spirit of the Cuban Revolution.

Earning rave reviews from audiences and critics alike, this electrifying production fuses together the sizzling Cuban heat with a satisfying contemporary twist. Carmen La Cubana plays at Sadler’s Wells from 1 August to 19 August 2018.

Special notice: Fans of dance shows will adore this production, which brings to life the sizzling streets of Cuba, whilst fans of new musicals will love the score, which features new orchestrations from Hamilton’s Alex Lacamoire.

Sorry this show closed 19 August 2018, we recommend these similar productions.

SeatPlan Recommends: Sit in the centre Stalls or front of the First Circle for the best overall views of the stage. Bargains can be found toward the rear of the Stalls and in the Second Circle, but for large-scale productions the stage can seem distant from here.