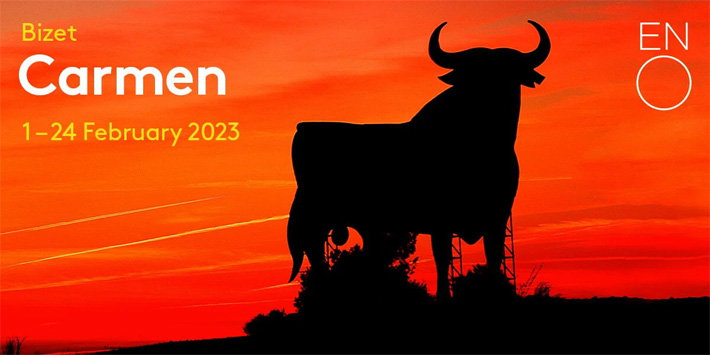 A thrilling tale of passion and jealousy

The English National Opera presents a thrilling revival of Carmen at the London Coliseum this year.

Jamie Manton directs Calixto Bieito’s acclaimed production, which transports Bizet’s opera to 1970s Spain at the end of Franco’s regime. The beautiful and passionate Carmen is desired by every man she meets. But when she crosses paths with soldier Don José, she finds herself in danger as desire turns to violent obsession.

French composer Georges Bizet’s Carmen opera is one of the most-performed in the classical canon. Even amongst those who have never seen it, the arias featured in Carmen such as “March of the Toreadors” and “Habanera” are hugely well known.

Strung across Bizet's heart-soaring score, Carmen opera tickets will transport you to the unforgettable heat and passion of mid-century Spain.

Special notice: This production contains scenes of a violent and adult nature. It is sung in English, with surtitles above the stage.

Carmen seat view photos show what view you will get for your money. Click 'book this seat' and we will search for availability for your chosen seat.