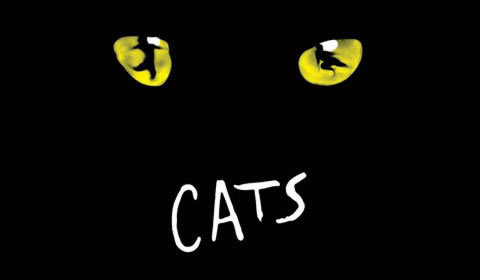 London Palladium
130 seat views
Following its hugely successful 2014/15 run, Cats is back on the West End starring the award-winning musician Beverley Knight as Grizabella. This dance and musical phenomenon that has been seen by more than 50 million people returns to the London Palladium backed by overwhelming public demand and critical acclaim.

Based on T.S. Eliot’s Old Possum’s Book of Practical Cats, the musical takes audiences on a famously surreal journey into the world of the Jellicle cats as they gather together for the Jellicle Ball. It is here that their leader, Old Deuteronomy, selects the cat that will ascend to the Heaviside Layer and be reborn. What follows is a series of ‘auditions’ for this privilege, and through a selection of songs the audience gets to know the individual identity and personality of each cat of the Jellicle tribe. But who will Old Deuteronomy chose to ascend? Featuring some of the most famous music in the musical theatre songbook, from ‘Memory’ and ‘Macavity’ to ‘The Ad-dressing of Cats’, Cats takes us through the junk-yard lives of well-loved characters including Grizabella, Macavity, Old Deuteronomy and Rum Tum Tugger.

The Tony and Olivier award-winning director Sir Trevor Nunn (Les Miserables, Starlight Express) and classically trained choreographer Dame Gillian Lynne (The Phantom of the Opera, Aspects of Love) bring Andrew Lloyd Webber’s innovative score to life in what can only be described as a display of Britain’s best theatrical talent. The trio bring back Cats, one of the longest running West End musicals, in a production that is as polished and passionately performed as ever.

Queen of British Soul, Beverley Knight, will take on the role of Grizabella following the huge successes of Nicole Scherzinger and Kerry Ellis in the role in the 2014/15 run. Knight is delighted to be joining the ranks of musical theatre legends to have performed Grizabella, adding: “To follow in their footsteps is something to truly relish! [...] Working with Andrew will be a real privilege”.

Special notice: Cats is a real visual spectacle, and with an easy-to-follow storyline is perfect for holding the attention of children of all ages. However, please note that the London Palladium has a minimum age requirement of 5+ years old.

Sorry this show closed 02 January 2016, we recommend these similar productions.

SeatPlan Recommends: Sightlines on the whole are excellent, but if you’re looking for a special experience at Cats be sure to book in the stalls. Cats breaks the barriers between the stage and the audience, with the acrobatic dancers prowling the stalls aisles and John Napier’s junkyard set spilling out into the first rows.