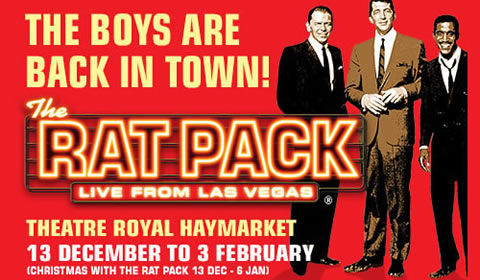 Christmas with the Rat Pack tickets

Theatre Royal Haymarket
6 seat views
The Olivier Award-nominated Christmas with the Rat Pack cruises back down the West End strip this festive season. This renowned musical extravaganza has a 15 year pedigree of delighting audiences across the country with iconic 60's tunes from the most legendary musical trio of the age – The Rat Pack.

Returning to show’s 2003 West End launchpad - Theatre Royal Haymarket - Christmas with the Rat Pack is back to dazzle London audiences once more for a limited season from 13 December - 6 January.

The story of the Rat Pack begins in the late 50's at The Sands Hotel and Casino Las Vegas where three musical legends convened as a collaborative stage act: Frank Sinatra, Dean Martin and Sammy Davis Jr. Part Vaudeville, part old Hollywood, the show became a stage genre unique to vintage Las Vegas. At the gang's height their performances were city-wide events with audiences camping out on the street to catch them play and wealthy high rollers descended on the town in droves.

Christmas with the Rat Pack conjures back the magic of those glitzy summer nights. Celebrating the musical genius of Sinatra, Martin and Davis Jr, the show takes audiences on a journey back to the trio’s Las Vegas heyday whilst embracing the season and delivering a very special Christmas theme. The show includes the Pack’s take on such festive tracks as "Baby It’s Cold Outside", "Merry Little Christmas", "White Christmas", "Winter Wonderland", "Jingle Bells" and "Let It Snow, Let It Snow, Let It Snow".

Directed and choreographed by Mitch Sebastian, with support from the fabulous Burrelli Sisters and The Rat Pack Big Band this show is an unmissable time-hopping Christmas treat for both old and young at heart.

Special notice: This exciting, nostalgic show is the ideal Christmas treat for fans of the gang's enduring 60's classics, plus a delightful Rat Pack spin on seasonal songs that the entire family will adore. 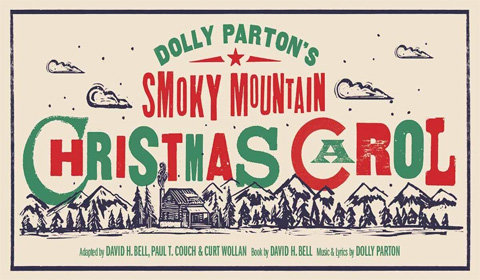 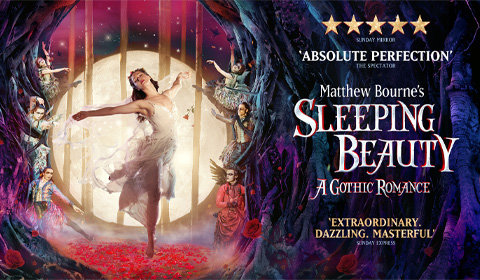 SeatPlan Recommends: Audiences will want to grab a central spot for the best view of this exciting Christmas experience, both the central stalls and front of the grand circle are great seats to enjoy this seasonal extravaganza.

A really fun, feel-good show with lots of great songs performed so well.

No real story here but just a collection of songs. As its a Christmas show there is a festive stance... More

No real story here but just a collection of songs. As its a Christmas show there is a festive stance to it. Overall it was a decent production. The actor playing Frank Sinatra looked remarkably like him and sounded like him. The actors playing Dean Martin and Sammy Lee Davis were slightly weaker. The band behind the 3 were excellent and I would like to have heard more of them. The show however felt a bit dated as the jokes fell a bit flat.

The show was very good I loved the singing. The set was basic but was good. The cast were funny.

Great show - we bought tickets last minute and glad we did.

The show was great, the cast were excellent at their roles of Frank, Dean and Sammy.