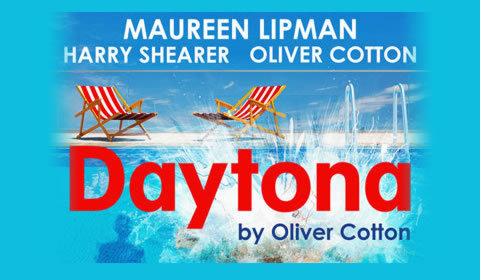 Theatre Royal Haymarket
0 seat views
Theatre legend Maureen Lipman leads an all-new play by Oliver Cotton, transferring to the West End’s Theatre Royal Haymarket following a critically heralded world premiere at Finsbury Park’s Park Theatre. Daytona is the story of a long-married Jewish couple, who struggle to cope when the past rears its very ugly head. When a figure unseen for 30 years reappears, the pair are forced to confront their biggest fears.

Set in 1986 New York, Daytona takes place in a modest apartment, home to Elli and Joe, a married couple who lead a quiet life that is only punctuated by their mutual love of ballroom dancing. Before an impending competition, Elli heads out to pick up her gown, and in her absence, her husband’s overly jovial brother Billy appears. Not having seen each other for 30 years, Joe is wary of his brother’s arrival. Soon he discovers that Billy has fled a Florida holiday after exacting brutal revenge on a man who tortured him during incarceration at a German concentration camp. Seeking refuge, Billy unwittingly upturns the quiet lives of Joe and Elli, as lost love destroys a once peaceful marriage.

Maureen Lipman leads the cast as Elli, which saw her garner abundant critical praise for her performance at the Park Theatre. A theatre veteran, Lipman has extensive credits including Oklahoma!, A Little Night Music and When We Are Married. Harry Shearer makes his West End debut as Joe, and is best-known for voicing several characters on The Simpsons. They are joined by writer Oliver Cotton as Billy, who most recently performed in Passion Play at the Duke of York’s Theatre.

Daytona is directed by David Grindley, who most recently brought Our Boys to the West End. Further directing credits include Journey’s End and Pygmalion. A moving play about love, lust and lost opportunities, Daytona runs at the Theatre Royal Haymarket for a limited season until August 23rd 2014.

Special notice: Those who missed the opportunity of seeing this heralded production at the Park Theatre now have the opportunity to catch it on the West End, starring the acclaimed Maureen Lipman.

Sorry this show closed 23 August 2014, we recommend these similar productions.

SeatPlan Recommends: Seats in the mid-front of the Stalls at the Theatre Royal Haymarket offer optimum viewing of the entire stage. Be on the lookout for bargains towards the ends of rows!