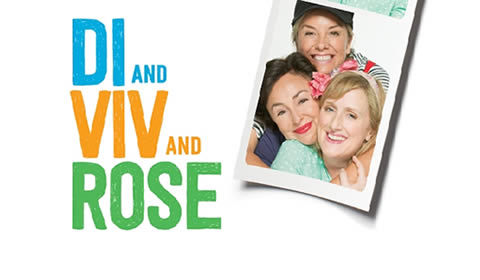 Di and Viv and Rose tickets

Vaudeville Theatre
11 seat views
Amelia Bullmore’s hilarious and heart-warming comedy Di and Viv and Rose transfers to the West End after a sell-out run at the Hampstead Theatre. Anna Mackmin directs an all-star cast in the acclaimed production, which is set to open at London’s Vaudeville Theatre for a limited season.

A new comedy by star and writer of ITV’s Scott and Bailey Amelia Bullmore, Di and Viv and Rose is a heartfelt exploration of life and friendship in the throes of university. Aged eighteen, three women join together to live the fun and intense life that 1980’s school offers, and together, they feel like they can conquer anything. A witty and thoughtful exploration of the impact of life and friendship, this new comedy is sure to resonate with many!

Di and Viv and Rose stars three award-winning actresses, including Tamzin Outhwaite (New Tricks, Sweet Charity) as Di, Samantha Spiro (Hello Dolly) as Viv and Jenna Russell (Sunday in the Park with George, Urinetown) as Rose. Both Spiro and Russell have received Olivier Awards for their stage performances. Bullmore is well-known for her screen performances, including Scott and Bailey and Ashes to Ashes.

Directed by Anna Mackmin (Me and My Girl, The Real Thing), Di and Viv and Rose features design by Paul Wills, lighting design by Oliver Fenwick, sound design by Simon Baker and choreography by Scarlett Mackmin. A touching production about close friendships, Di and Viv and Rose opens at the Vaudeville Theatre in January 2015 for a strictly limited season.

Special notice: Fans of girly comedies will enjoy this heart-warming exploration of friendship, whilst those who enjoy Scott and Bailey will find similar themes of female power here! Due to quite strong language, Di and Viv and Rose is not recommended for children.

Sorry this show closed 14 March 2015, we recommend these similar productions.

SeatPlan Recommends: Seats in the Vaudeville Theatre offer generally excellent views, but do be aware of the very restrictive support pillars! Seats for bargain can be found in the Dress Circle, which is steeply raked to offer excellent overall views of the stage.