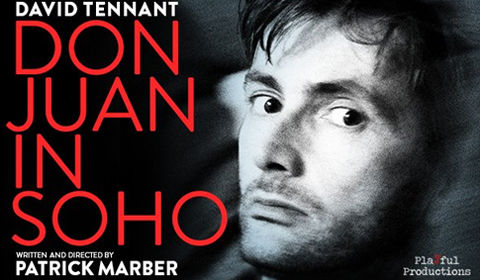 Wyndham's Theatre
87 seat views
David Tennant has returned to the West End stage to play the lead role in Patrick Marber’s Don Juan in Soho, a retelling of the Molière classic. The play opened at Wyndham’s Theatre in London’s West End in spring 2017, with performances having began on 17th March.

Don Juan in Soho is written and directed Patrick Marber, a British dramatist who has become a firm favourite of both stage and screen. Marber started his career in writing and performing TV and radio comedy before moving to writing plays and screenplays.

Marber’s first play, Dealer’s Choice premiered at the National Theatre in 1995 where it was received warmly be critics and won both the Evening Standard Award for Best Comedy and the Writers' Guild Award for Best West End Play.

It was with the premiere of Marber’s second original play Closer in 1997 at the National Theatre that he firmly cemented his name in the history of London theatre. The play won both the 1997 Evening Standard Best Comedy Award and the 1998 Laurence Olivier Award for Best New Play, as well as the 1999 New York Drama Critics’ Circle Award for Best Foreign play following its Broadway transfer. In 2004, Marber also adapted his play for a hugely successful film of the same name, starring Julia Roberts, Jude Law, Natalie Portman, and Clive Owen.

Don Juan in Soho was first premiered in 2006 in a version starring Rhy Ifans and directed by Michael Grandage, becoming much loved by fans and critics alike for its brilliant hilarity.

The play follows the lordly DJ, the priapic lothario who spends his days charming his way through modern Soho, while his sidekick Stan keeps track of all his sexual conquests, despite the entreaties of his wife and doddery father.

Don Juan in Soho marks the first return of David Tennant to the London stage since his triumphant performance in the lead role in the Royal Shakespeare Company’s Richard II. David Tennant is one of the most celebrated actors of the century, having hugely popular roles in TV, film and theatre. After a huge range of work with the Dundee Repertory Theatre and the Royal Shakespeare Company throughout the 1990s, Tennant became a worldwide household name starring as the Doctor in the BBC’s revamped version of Doctor Who.

Tennant has received countless awards throughout his career, including an Olivier Award for Best Actor for Lobby Hero, and Evening Standard Theatre Award for his role in Hamlet. Most recently he has seen great success on stage in Richard II, Much Ado About Nothing and Love’s Labour’s Lost. This was the first time Tennant has appeared in a non-Shakespeare play since his role as Jimmy Porter in Look Back in Anger over ten years ago.

He is joined by Gawn Grainger (The Entertainer & Gavin & Stacey) as Louis and Adrian Scarborough (King Lear) as Stan.

Special notice: Anyone who is a fan of David Tennant should make sure to take the opportunity to see the great actor back on the London stage. With this marking his first non-Shakespearean performance in the West End since 2006, it is a fantastic chance to see Tennant’s broad range in Marber’s acclaimed comedy.

Sorry this show closed 10 June 2017, we recommend these similar productions.

SeatPlan Recommends: The Wyndham’s Theatre Stalls generally give good views throughout, but the rear rows are slightly restricted by the overhang of the Circle above. The Royal Circle similarly can give provide some of the best seats in Wyndham’s Theatre, especially in the centre of Rows C to E, with the rear also having a slight overhang.

The Grand Circle can feel quite distant from the stage and have smaller amounts of legroom, however the seats can still be very good value for money if you are able to get discounted tickets. The Balcony is generally the cheapest section of the theatre, however with a safety rail and being very high up, these are generally not recommended unless you can get them for a very good price.

A flamboyant David Tennant, but the show was not exceptional.

As a long time DT fan I was excited to finally see him in action and he didn't disappoint. Both him and... More

As a long time DT fan I was excited to finally see him in action and he didn't disappoint. Both him and Adrian Scarborough kept me entertained throughout. I did feel a little like something was missing but could not put my finger on it, perhaps it could have been that the supporting cast were not quite up to the same standard, I'm not sure. The monologue was delivered superbly and it had even been updated to refer to the previous day's news of Trump pulling out of the Paris agreement. Overall I really enjoyed it.

The show was unbelievable. David Tenant was amazing, it's the first time that I seen he live. It's definitely... More

The show was unbelievable. David Tenant was amazing, it's the first time that I seen he live. It's definitely a show to see.

Very risqué but very, very funny. David Tennant and Adrian Scarborough were fantastic. If you don't like... More

Very risqué but very, very funny. David Tennant and Adrian Scarborough were fantastic. If you don't like swearing, you may be offended by some words. I loved the play! Funny, yet quite dark. A deep message at the end (no spoilers).

If you suspend some disbelief and don't think too much about the underlying themes, this is a very enjoyable... More

If you suspend some disbelief and don't think too much about the underlying themes, this is a very enjoyable and fun production. Performances are very good, especially by David Tennant and Andrian Scarborough. 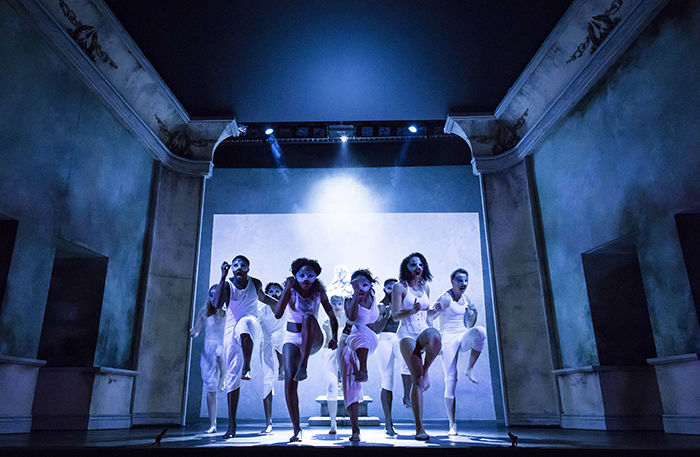 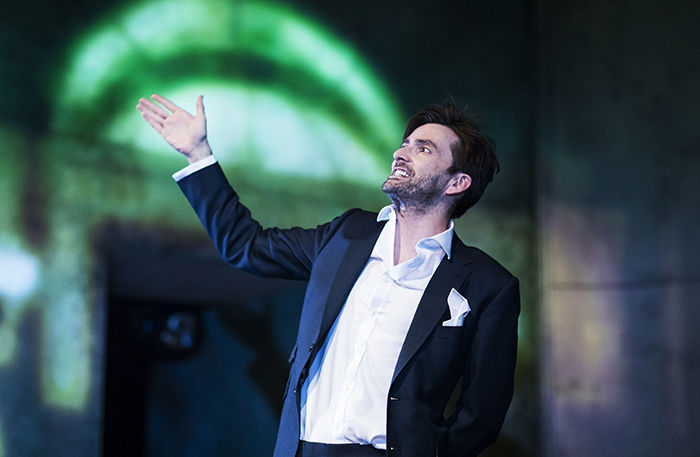 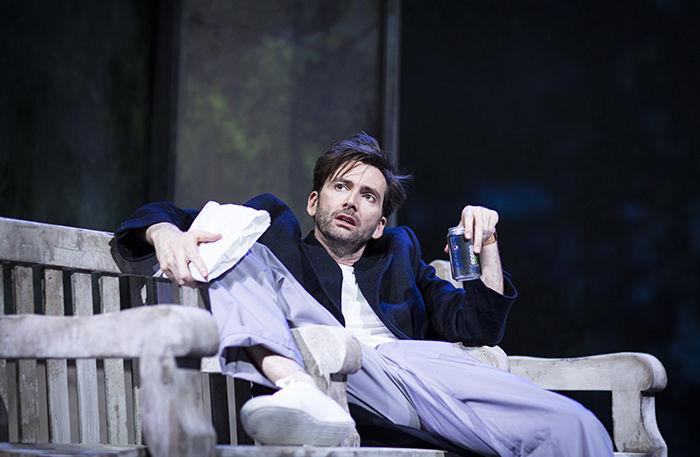 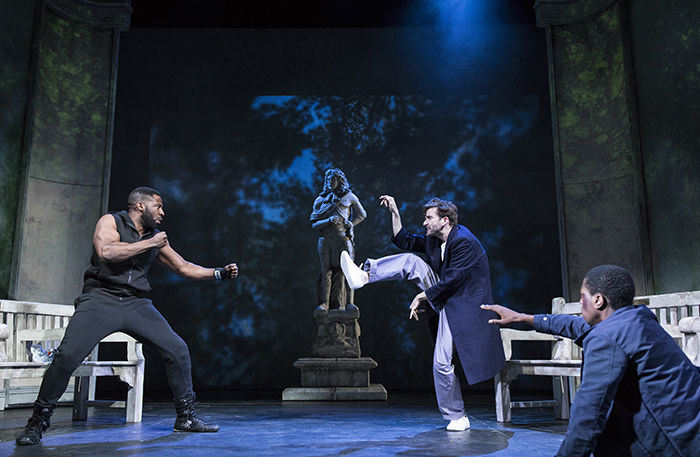 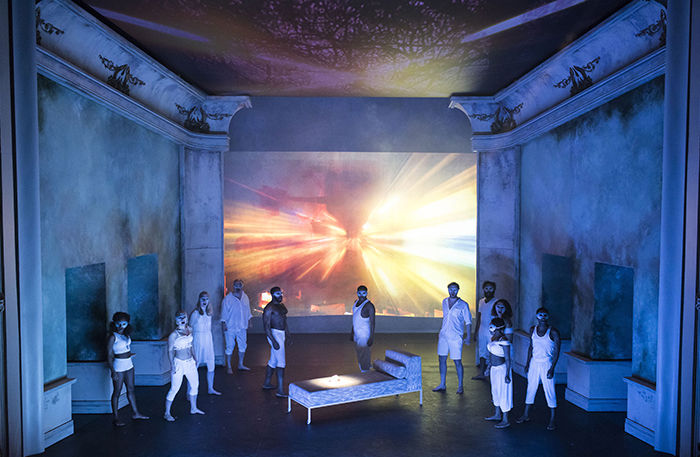 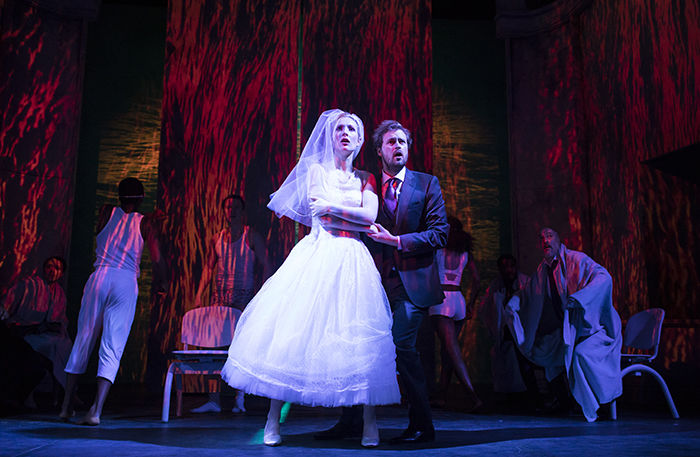