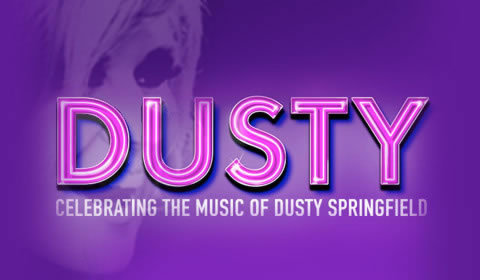 Charing Cross Theatre
3 seat views
A world premiere of a new musical celebrating the life and loves of Dusty Springfield opens at London’s Charing Cross Theatre in May 2015. Dusty documents the highs and lows of one of Britain’s beloved performers, showcasing some of her greatest hits through a multimedia extravaganza that combines live performance with cutting edge 3D technology. Described as a “fusion musical”, Dusty allows audiences to experience the icon herself live on stage, interspersed with live action music and dance.

Written by Duncan Sibbald and Kim Weild, Dusty is told through the eyes of Nancy Jones, a close childhood friend who accompanied her on her journey to fame. Through the musical, we discover how Dusty Springfield rose from a middle-class suburban Londoner to one of the world’s best-known soul singers, watching her chase a unique sound with a huge determination to succeed. Well-known for revolutionising the way music was produced; recording her songs in toilets and corridors to produce the sound she wanted, Dusty is interspersed with some of her greatest hits, including “I Only Want to Be with You”, “I Just Don’t Know What to Do with Myself” and “Son of a Preacher Man”, amongst many more.

Directed by Chris Cowey (The Tube, Top of the Pops), Dusty features choreography by Joey McKneely (West Side Story), set design by Phil Lindley, lighting design by Eugene O’Connor and Richard Williamson, sound design by Paul Gavin and James Nicholson, with musical direction by Dean Austin. A breath-taking, whirlwind insight into the life of a hugely popular female artists, Dusty is the celebratory musical about Britain’s finest blue-eyed soul singer.

Special notice: Fans of Dusty Springfield and her music will find this an interesting insight into the behind-the-scenes, featuring an abundance of her well-known musical tunes. 3D technology truly brings her to life!

Sorry this show closed 19 November 2015, we recommend these similar productions.

SeatPlan Recommends: Good views are available throughout Charing Cross Theatre, meaning that there are bargains to be had across the auditorium. Seats towards the rear may be slightly more distant, but still offer an excellent view of the stage!