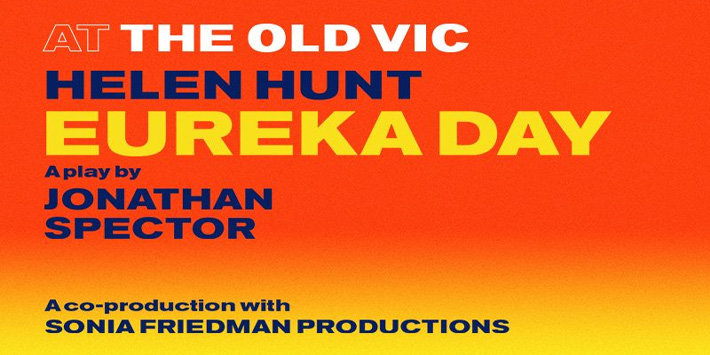 A progressive community descends into chaos

Academy Award winner Helen Hunt stars in a hilarious and topical satire at the Old Vic Theatre, as a progressive Californian school is hit with an outbreak of mumps that sparks ideological warfare.

The Executive Committee of Eureka Day school is proud to say that they welcome every child. But when mumps begins to spread through the classrooms, tolerance goes out of the window. As parents and Facebook trolls stand their ground in an argument where no one can agree on the facts, their democratic utopia falls apart.

Jonathan Spector’s multi-award winning Eureka Day play first premiered in 2018 at California’s Aurora Theatre, before transferring Off-Broadway for a run at Colt Coeur in 2019. Now more relevant than ever, this sharp and funny satire explores how a seemingly harmonious community can quickly turn against each other.

The Eureka Day London cast is led by Oscar-winning US actress Helen Hunt (Mad About You) as Suzanne. Katy Rudd (Camp Siegfried, The Ocean at the End of the Lane) directs.

Praised as “the perfect play for our age of disagreement” by The New York Times, book Eureka Day tickets to watch this vicious and hilarious debate unfold in London.

Eureka Day seat view photos show what view you will get for your money. Our users will start adding seat views when the show opens.