Lyric Theatre
1 seat views
Direct from smash-hit national and international tours, the Entertainers’ electrifying tribute show Fastlove – A Tribute to George Michael arrives in the West End. Celebrate the iconic singer for a limited number of performances only, in an unforgettable evening that guarantees to make new memories whilst reliving old classics.

Performing to packed-out audiences across the globe, including Australia, Belgium, Denmark, Germany, Holland, Ireland and Sweden, Fastlove is full of crowd-pleasing numbers from George Michael’s extensive back catalogue. Tunes include “Wake Me Up Before You Go-Go”, “Careless Whisper”, “Freedom”, “Faith”, “Jesus to a Child” and many more.

It’s time to travel through Wham classics of the new pop revival, through the chart-topping success of the album Faith, and through the dazzling songs of the nineties and noughties. A show-stopping extravaganza, Fastlove comes from the creators of The Magic of Motown and Islands in the Stream.

The production features saxophonist Ed Barker for 2018. Barker performed the saxophone solo on Cowboys and Angels when he toured with George Michael’s Symphonica Tour in 2012. George Michael is portrayed by Joseph Sansome.

Following a brief London season last year, Fastlove – A Tribute to George Michael returns to the West End for a limited three performances, promising a night you will never forget. The production plays at the Lyric Theatre on 15 October, 5 November and 3 December 2018.

This is a tribute show and is in no way affiliated with any original artists/estates/management companies or similar shows.

Special notice: Big George Michael fans should absolutely not miss this show, which plays in the West End for a limited number of performances. Fastlove is an electrifying experience for any music fan!

Sorry this show closed 03 December 2018, we recommend these similar productions. 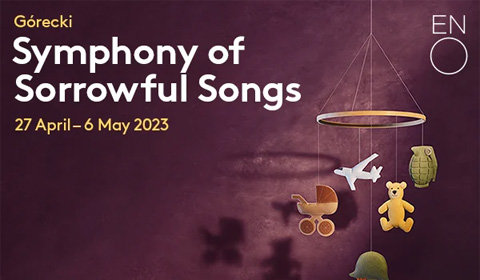 Fastlove - A Tribute to George Michael seat view photos show what view you will get for your money. Unfortunately we do not have any seat views for this show.