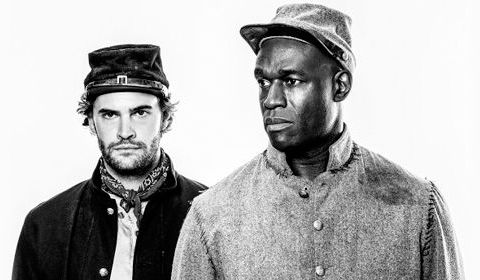 Royal Court Theatre
4 seat views
Critically acclaimed Pulitzer-Prize winning playwright, screenwriter and novelist Suzan-Lori Parks returned to the Royal Court Theatre in London with a trilogy of short plays entitled Father Comes Homes From The Wars – Parts 1, 2 & 3. The play began performances on the 15th September 2016, having had an official opening on 22nd September 2016 and performances that run until 22nd October 2016.

The play is set in West Texas in 1862 and follows the story of a slave called Hero, who is told he will have his freedom from slavery if he becomes a soldier in the Confederate army alongside his master in the war against the Union. As the nation stands divided, Hero must battle against those striving to abolish the system that has imprisoned him.

With Hero’s family left behind, they contemplate whether they should attempt to escape or wait for him to return, with the overhanging fear that the promise of Hero’s freedom may be completely empty and come at a great cost.

This trilogy of three short plays first premiered at the Public Theater in New York in 2014 where it received great acclaim including being described as ‘extraordinary’ by the New York Times and ‘a masterpiece’ by New York Magazine. They make up the first three of nine short plays that will document one African-American family through generations up to the present day.

Suzan-Lori Parks is a prolific playwright, having produced a huge body of work over the last twenty years, including Fucking A, In The Blood and The American Play. She is best known for her 2002 play Topdog/Underdog, which led to Parks being the first African American woman to win the Pulitzer Prize.

Suzan-Lori Parks has also written the screenplay for Spike Lee’s Girl 6 and Darnell Martin’s Their Eyes Were Watching God, as well as writing her debut novel Getting Mother's Body: A Novel.

Jimmy Akingbola (The Island, Detaining Justice) takes the lead role of Homer, while Tom Bateman (Shakespeare in Love, The Winer’s Tale) plays Smith. The production is directed by Jo Bonney.

Father Comes Home From The Wars began previews at the Royal Court on 15th September 2016 and ran until 22nd October 2016, proving to be very popular.

Special notice: Suzan-Lori Parks is one of the most prolific writers of theatre based on African-American history of our generation. This piece is to be performed for the first time in the UK, and is the beginning of an ambitious project documenting multiple generations of an African-American family in the USA, from the Civil War to today. This is highly recommended for anyone with an interest in black history. Due to the content of the play, it is recommended for teenagers aged 14 and up.

Sorry this show closed 22 October 2016, we recommend these similar productions.

SeatPlan Recommends: The Stalls at the Royal Court give good views of the stage from most seats, however the sides and very front rows can be slightly restricted. These can offer good value, however if a more central seat is available at a similar prize, this will probably be preferable.

The Circle has a deep curve, meaning ends of rows are very side on so are not ideal, however a good rake means patrons sitting in the rows in front do not restrict views. The slips may require audience members to lean forward for a good view however. The Balcony is fairly high so feels slightly distant to the stage, however has a similar layout to the Circle. 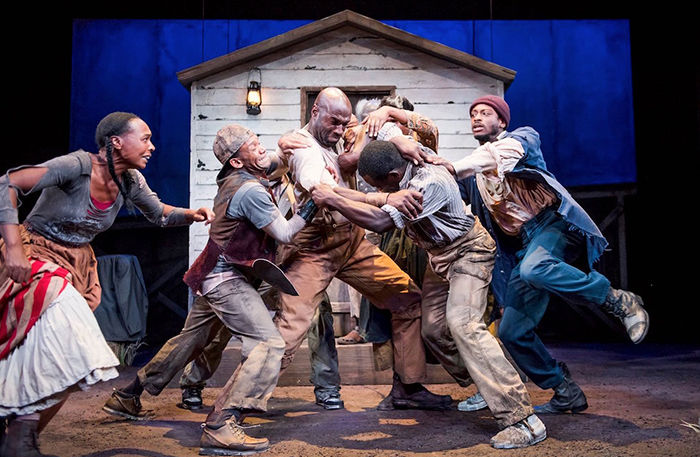 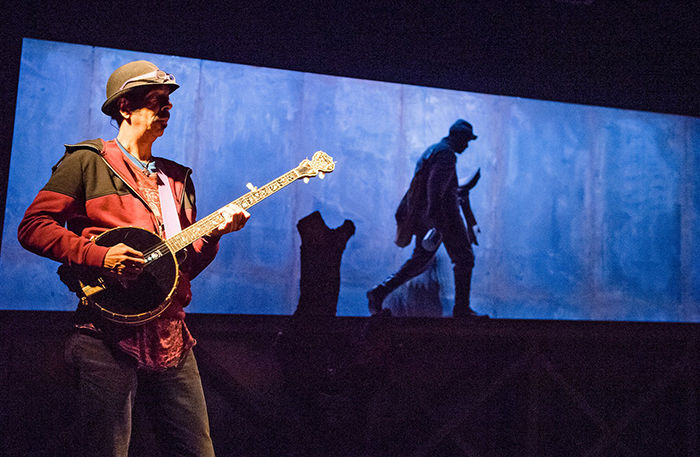 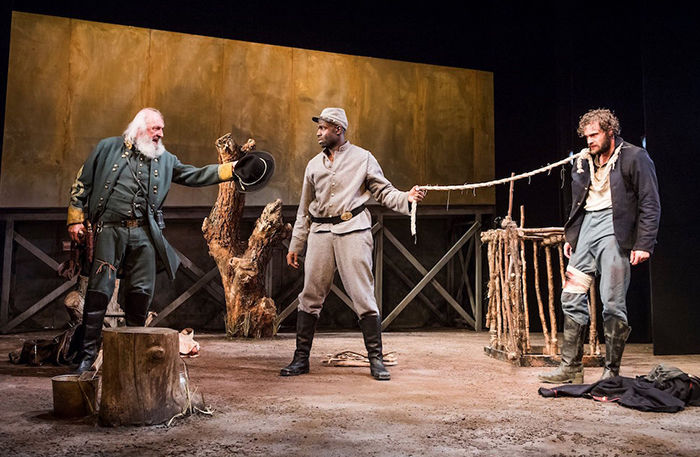 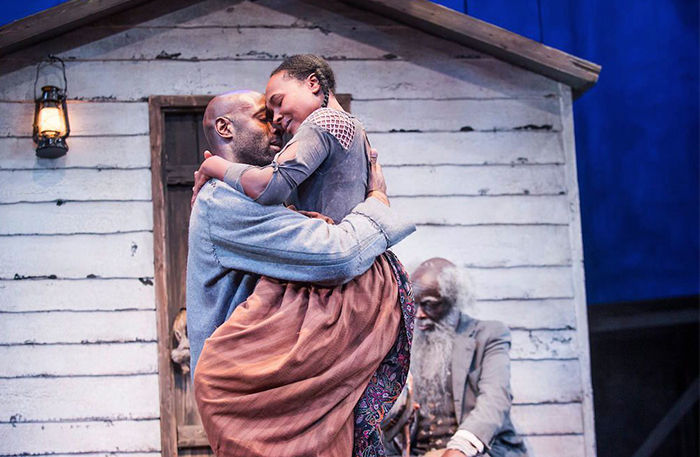 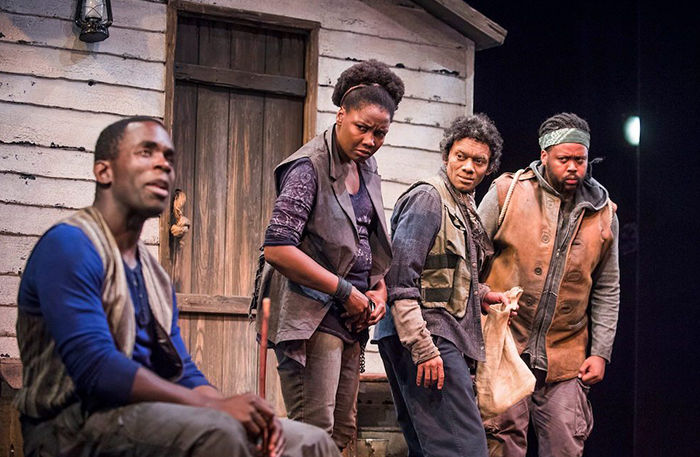 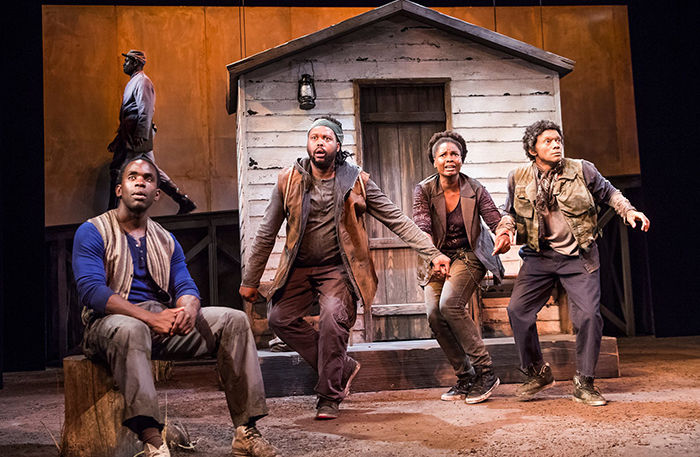 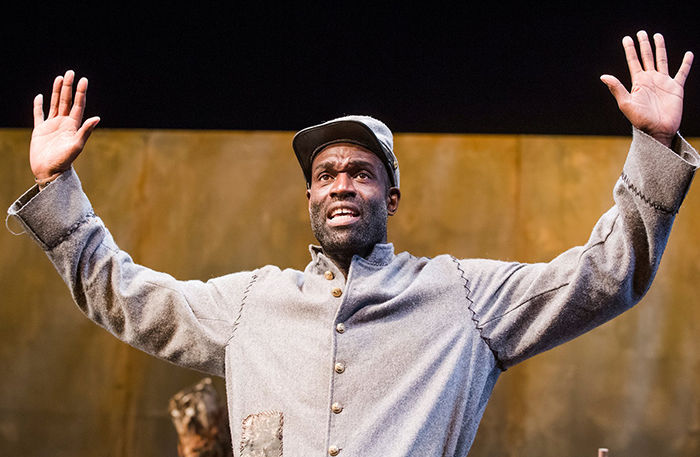