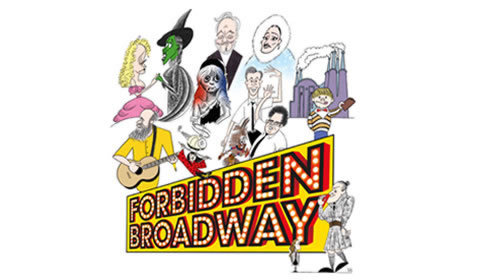 Vaudeville Theatre
18 seat views
Smash-hit musical theatre satire Forbidden Broadway dances into the Vaudeville Theatre after a hugely successful run at the Menier Chocolate Factory. For a limited 11 weeks, this wickedly humorous show is set to dazzle London with its dedications and digs at beloved West End shows.

Directed and choreographed by Phillip George, Forbidden Broadway offers an alternative take on the West End and Broadway’s biggest shows, brightest stars and most famous flops, all of which are blasted by the cast. Taking aim at shows such as The Book of Mormon, Charlie and the Chocolate Factory, Matilda, Wicked and Miss Saigon, prepare to see a marvellous myriad of outrageous songs and impersonations from the stupendously convincing cast.

YouTube sensation and mind-blowing mimic Christina Bianco joins the original cast of Anna-Jane Casey, Damian Humbley and Ben Lewis. An Edinburgh Fringe Festival favourite, Bianco is the diva-impressionist who brings to life the theatre’s greatest voices, including Kristin Chenoweth, Idina Menzel and Liza Minnelli amongst many, many others. Casey is well-known for her role in EastEnders, but has since become a West End veteran, starring in shows such as Candide. Humbley’s extensive stage credits include The Last Five Years, Fiddler on the Roof and Merrily We Roll Along, whilst Lewis has appeared in several Broadway productions.

First seen as a selection of musical parodies in 1982 New York, Forbidden Broadway later transformed into New York’s longest running comedy revue and has enjoyed huge acclaim from audiences and critics alike. Winning a Drama Desk, Obie and Outer Critics Circle Award, the mischievous musical is also the recipient of a Tony Honors for Excellence in Theatre. Now, Forbidden Broadway frolics into London’s Vaudeville Theatre with a whole load of show-stopping laugh-out-loud moments.

Running time: 2 hours including an interval

Special notice: Fans of Broadway’s biggest shows will love seeing this parody-musical! Watch as theatre’s favourite stars are brought to life by a cast who give uncanny impersonations! Due to the nature of the show, some content may not be suitable for young children.

Sorry this show closed 22 November 2014, we recommend these similar productions.

SeatPlan Recommends: The Vaudeville Theatre offers clear views throughout the auditorium, particularly from the Dress Circle. Be careful to avoid the pillars which are dotted throughout the seating!