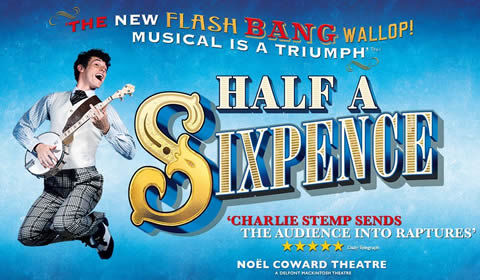 Half a Sixpence tickets

Noel Coward Theatre
629 seat views
Half a Sixpence transferred to London’s West End following a hugely successful revival at the Chichester Festival Theatre. The show began performances on 29th October 2016, having had its official opening on 17th November 2016 and will run until 2nd September 2017.

Half a Sixpence is the classic musical version of H.G. Wells’ novel Kipps: The Story of a Simple Soul which is a veiled autobiography of his unhappy apprentice at a Drapery Emporium.

This new show is a completely new adaptation written by Julian Fellowes. Fellowes is a much loved actor and writer, best known for being the creator and screenwriter of the hugely popular ITV period drama Downton Abbey and the 2001 film Gosford Park. Fellowes has seen countless stage successes, working on shows such as School of Rock – The Musical, The Wind in The Willows and Mary Poppins.

The musical follows the tale of Arthur Kipps, a poor orphan who has a hard life as draper’s assistant in the early 1900s. Although ordinary, he is a charming young man, who dreams of a nice and more fulfilling world.

When he surprisingly becomes heir to a fortune, he is propelled into the upper class society and everything he knew about life becomes unstable, as he wrestles with his identity and relationships.

This new stage version is created by an acclaimed creative team, including reuniting bookwriter Julian Fellows with Anthony Drewe and George Styles, the musical team that were first put together by co-creator and producer Cameron Mackintosh when creating their acclaimed stage adaptation of Mary Poppins. A vibrant new score has been created by the team, featuring several of the most loved original songs.

The show first opened at the Chichester Festival Theatre to great acclaim, with its entire original cast having transferred for the West End production at the Noel Coward Theatre. Charlie Stemp takes the lead role as Arthur Kipps, with Devon-Elise Johnson as Ann Pornick, Ian Batholomew as Chitterlow and Emma Williams as Helen Walsingham.

Half a Sixpence began performances at the Noel Coward Theatre in London’s West End on 29th October 2016, with an official opening on 17th November 2016 and is currently set to run until 2nd September 2017.

Special notice: Half a Sixpence is a beautiful revival of a classic musical, brought up to date by one of theatre’s greatest creative teams. If you loved previous classic musical revivals such as Show Boat at the New London Theatre you should definitely check this out. With Downton Abbey creator Julian Fellows behind it, you can expect the very highest quality.

SeatPlan Recommends: The Stalls are by far the best section if you want to be absorbed in this fantastic new musical, however beware of the very front Rows AA-B as you may be craning your neck and not be able to see the back of the stage that well. The best seats are in rows F-M and this is often reflected in the price, with Rows P and backwards being overhung by the circle.

The upper levels of the theatre can all offer better value for money alternatives, however the Balcony can feel quite distant and seats to the ends of rows can give quite a side on view. 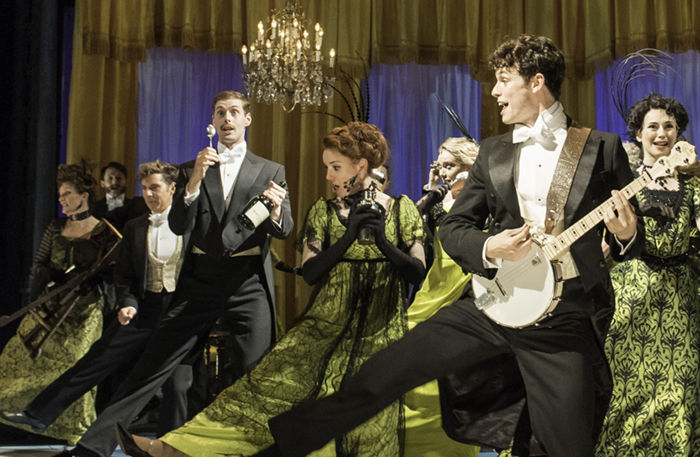 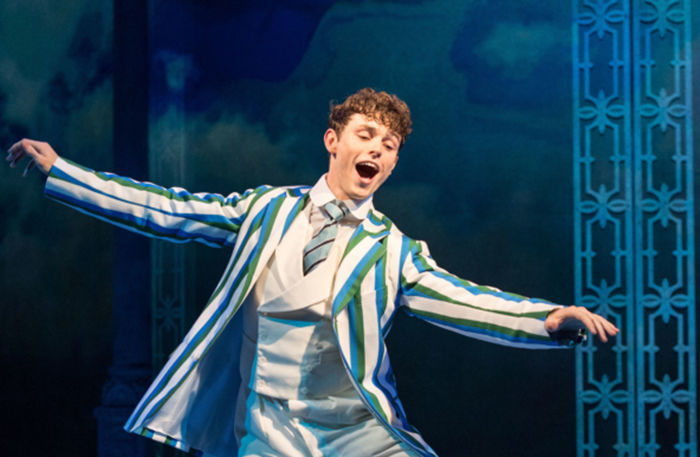 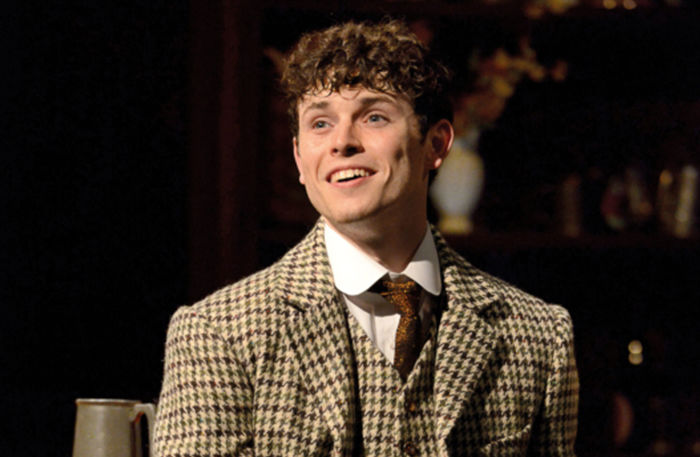 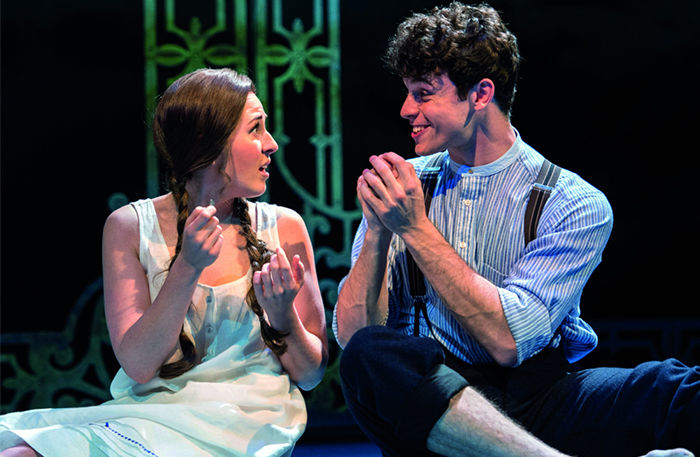 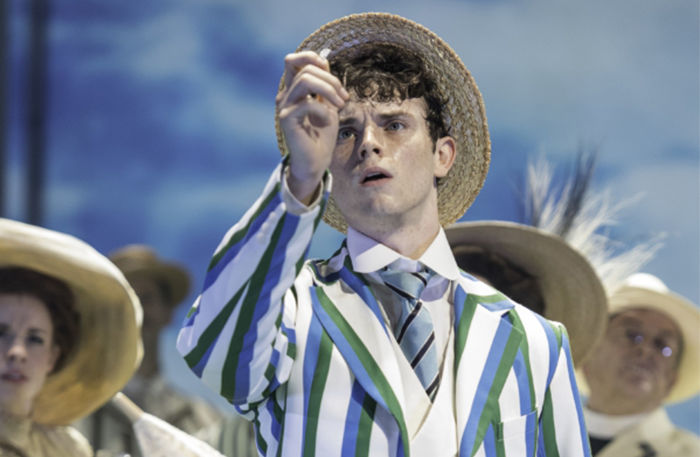 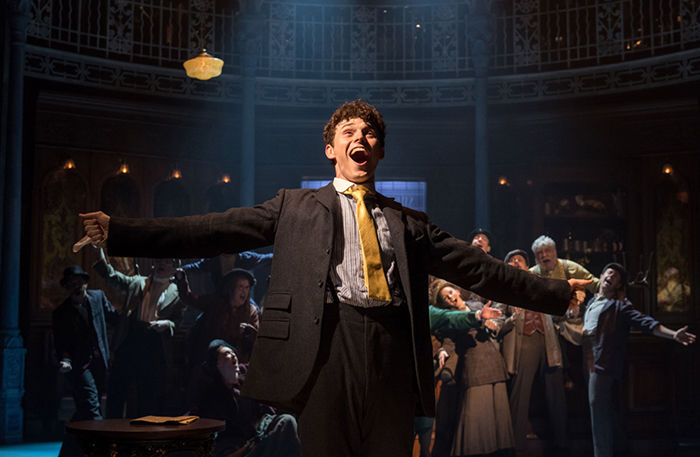 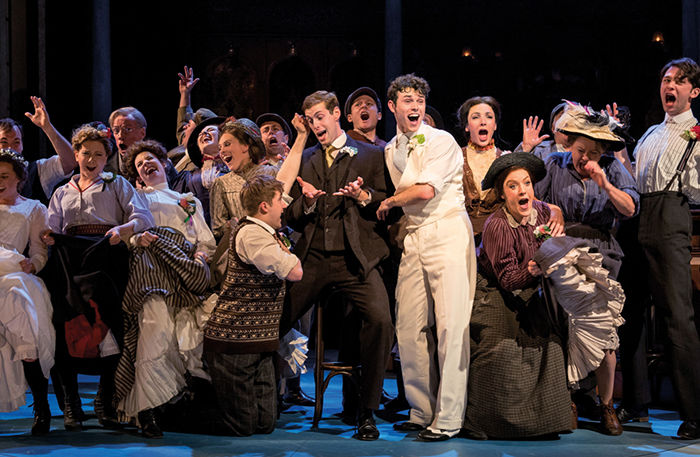