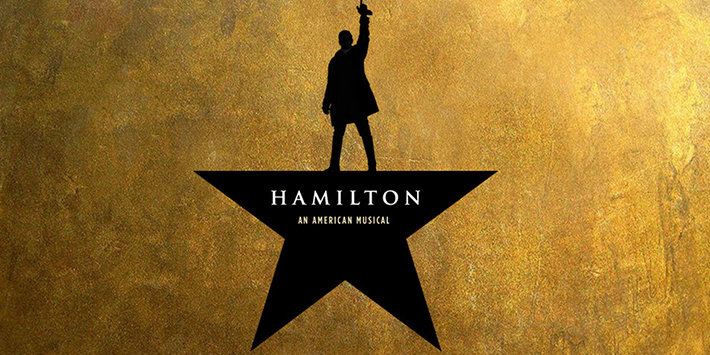 Hamilton the musical phenomenon playing now in the West End

If there’s a record to be broken, or an award to be won, the chances are Lin-Manuel Miranda’s smash-hit musical Hamilton has achieved it. Since premiering in London at the Victoria Palace Theatre in 2017, tickets for Hamilton have remained the hottest in town.

With the sold-out excitement of Hamilton around the globe, the West End production continues to be one of the most in-demand shows. Don’t give away your shot by missing out on Hamilton tickets.

What is the musical Hamilton about?

Hamilton is about one of America’s lesser-known founding fathers, Alexander Hamilton, a baseborn orphan from a West Indies immigrant background who travelled to the New York to study at King’s College in 1776 and rose through the ranks of American Politics to become George Washington’s right-hand man during the Revolutionary War and the first Secretary of the Treasury once the nation gained independence. The musical recounts Hamilton’s life, loves and challenges all with the backdrop of a nation fighting to find its own place in the world. Other historical figures to feature in Hamilton include Thomas Jefferson, Aaron Burr, Hercules Mulligan, Marquis de Lafayette and King George III.

Far from a dry history lesson, the Hamilton musical tells its story with a fresh mix of hip-hop, blues and R&B fused showtunes that have taken Broadway and the West End by storm. In fact, the Hamilton Broadway cast album has been the number one seller on Billboard’s US Cast Albums Chart every year from 2015 to 2021.

Lin Manuel Miranda wrote the book, music and lyrics for Hamilton. Not only that, but he also starred as Alexander Hamilton in the musical from its early workshops in 2013 up until its Broadway debut in 2015, which earned him a Tony Award nomination for Best Actor in a Musical. The same year, Hamilton won Best Book of a Musical and Best Original Score. Miranda has become a near household name for his contribution to musical theatre and film, as well as his acting roles on stage and television. His first Broadway musical In the Heights won the Tony for Best Original Score in 2008 and was adapted into a successful film in 2021. He has contributed hit songs to Disney films Moanna and Encanto. Recently Miranda played aeronaut Lee Scoresby in hit TV series His Dark Materials.

Who is in the Hamilton West End cast?


The West End production was produced by prolific West End producer Cameron Mackintosh, who also produced The Phantom of the Opera, Cats, Les Miserables and Mary Poppins. It is directed by Thomas Kail, with choreography by Andy Blankenbuehler, costume design by Paul Tazewell and musical direction by Richard Beadle. Lia Given is currently Resident Choreographer on the production.

Fun facts about Hamilton the musical

Hamilton is one of the most successful musicals in both Broadway and West End history. When it premiered off-Broadway at The Public Theatre in February 2015, it sold out almost immediately. When it transferred to Broadway, it took $30 million in ticket sales before it even opened and was the second-highest-grossing show on Broadway for the Labour Day week in 2015. In November 2016 it set a record for the most money grossed in a single week on Broadway, taking $3.3 million in one week.

Hamilton holds the record for most Tony Award nominations, with 16 nominations at the 2016 ceremony, of which it won 11. The only musical to have won more Tony Awards is The Producers, which won 12.

Hamilton West End has its fair share of awards, with 7 Olivier Awards from 13 nominations at the 2018 ceremony.

Giles Terera, who played Alexander Hamilton in the original London cast, won the Olivier for Best Actor in a Musical and went on to write a book titled Hamilton and Me: An Actor’s Journal, which detailed his experiences as an actor behind the scenes on the show.

Is there a Hamilton movie?

Not quite, but there is an excellent live stage recording of the Broadway production that you can watch on Disney+. This recording was intended to play in movie theatres, but due to the 2020 Covid pandemic, it was added to the streaming service instead, where it became an instant hit. The recording features the 2015 Broadway cast, including Lin-Manuel Miranda as Alexander Hamilton, Anthony Ramos as John Laurens/Philip Hamilton,  Jasmine Cephas Jones as Peggy Schuyler / Maria Reynolds, Renée Elise Goldsberry as Angelica Schuyler and Jonathan Groff as King George III. Disney fans will be familiar with Groff as the voice of Kristoff in Frozen. This filmed production of Hamilton was the second-most watched straight-to-streaming title of 2020 and is estimated to have been streamed in 2.7 million US households within its first 10 days on Disney+.

Hamilton tickets are the most sought-after in the West End, and with so many accolades and awards to its name, it's easy to see why. Hamilton is an essential, historic London theatre experience that is not to be missed.

Age recommendation: Best for age 10+. Please be advised that children under the age of 16 may be refused entry if they are not sitting next to an accompanying adult.

SeatPlan Recommends: The Victoria Palace Theatre underwent a £30 million revamp before opening for the London run of Hamilton.

Traditionally however, the front rows tended to be very low in proportion to the stage forcing audiences to crane their necks, however often giving good value for money seats, while the back rows can also give good views of the stage with little impairment from the Circle overhang, similarly usually offering good value for money seats. The very best seats however tend to be at the centre of the stalls, a little set back front the font.

The Dress Circle offers generally good views, with a shallow curve and a good rake, meaning that most of this area gives unimpaired views of the stage, but often also has little price variation. Legroom can be tight across the Dress Circle. Seats at the end of the rows can be a bargain however, but Boxes and alcove seats should be avoided.

The Grand Circle does generally have good sight lines, however the curve can mean seats at the ends of rows do not have the best views. The seats also tend to be smaller than those in the Dress Circle, sometimes leaving patrons a little cramped.

Earn Rewards points by adding your Hamilton seat view photo! Use your points for Theatre Tokens and Encore Tickets vouchers and get money off your next theatre trip.

Excellent. I wasn’t too bothered about going to see this, so glad I did. Great modern twist on cl... More

Excellent. I wasn’t too bothered about going to see this, so glad I did. Great modern twist on classic musical theatre. Loved it. Cried at the end! Fist show I’ve been to with a full audience standing ovation at the end. And well deserved too!

Outstanding show with an incredibly talented cast. Would highly recommend to anyone. The first ha... More

Outstanding show with an incredibly talented cast. Would highly recommend to anyone. The first half is quite long so be prepared as the interval isn’t for a while. Would definitely go and see it again.

Set in the late 18th century, this is a modern telling of America then for audiences now. We foll... More

Set in the late 18th century, this is a modern telling of America then for audiences now. We follow Alexander Hamilton as America declares its independence from Britain, his highly prominent rise into politics alongside Washington, Adams, Jefferson and Madison, and his deep involvement in co-writing The Federalist Papers to ratify The Constitution, to his demise at the hands of his rival Aaron Burr. The superb cast command your total attention from the moment they take to the stage, in what I can only truly describe as a lavish production of dance and music, which draws heavily upon hip-hop and rapping sounds. The costumes, the staging and the lighting take you deep into a solid storyline, which is a veritable feast for the eyes. There are some superb moments throughout the show, such as the slo-mo duel between Burr and Hamilton, as well as the hip-hop cabinet battles between Hamilton and Jefferson. The only downside to rap dialogue is that, at times, it is delivered so fast with intricate poetry you can start to lose elements of the storyline. However, there are some fantastic musical numbers in the soundtrack, especially the ones by King George, Eliza and Angelica.

So after finally getting to see this, I still don't get the hype. Whilst the music and choreograp... More

So after finally getting to see this, I still don't get the hype. Whilst the music and choreography were on point, it just seemed like a less involved Les Mis set in America. I still enjoyed it but found that I was struggling to follow the story in the first part, possibly due to the wording but also due to the distraction of the chorus dancers - now I know what the right to bare arms is all about!

In my opinion the best show of all times, absolute masterpiece in every way possible. Music, soun... More

In my opinion the best show of all times, absolute masterpiece in every way possible. Music, sound, choreography, lighting, everything just fits in place perfectly. The London cast is exceptionally stunning, I couldn't have imagined any better one. Show I've watched for the most amout of times, and the one I could watch every single day, it brought me into the world of musical theatre and I'm eternally grateful for that.

In my opinion the best show of all times, absolute masterpiece in every way possible. Music, soun... More

In my opinion the best show of all times, absolute masterpiece in every way possible. Music, sound, choreography, lighting, everything just fits in place perfectly. The London cast is exceptionally stunning, I couldn't have imagined any better one. Show I've watched for the most amout of times, and the one I could watch every single day, it brought me into the world of musical theatre and I'm eternally grateful for that. 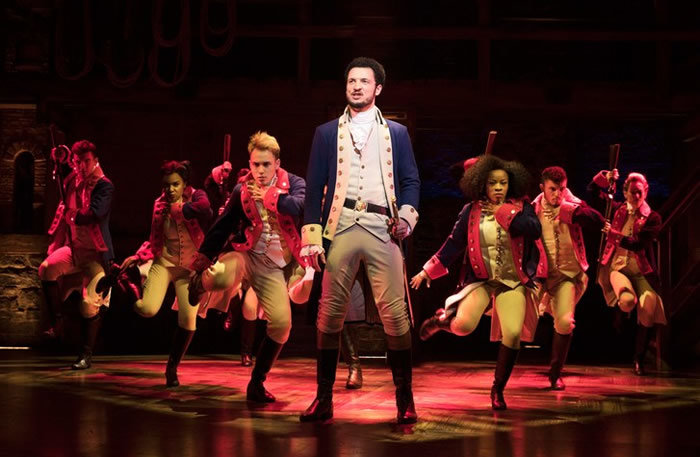 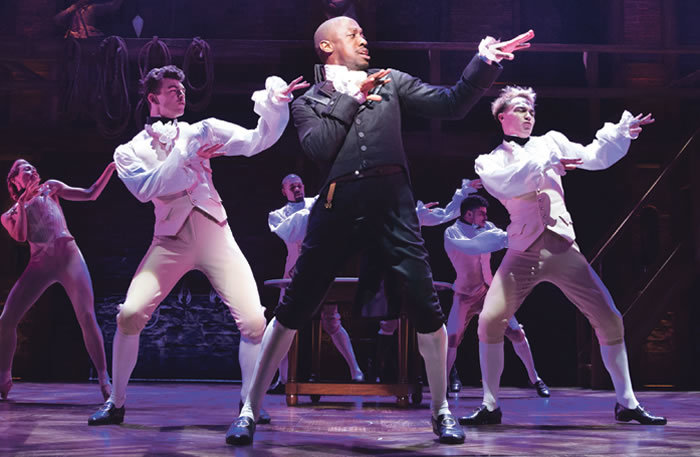 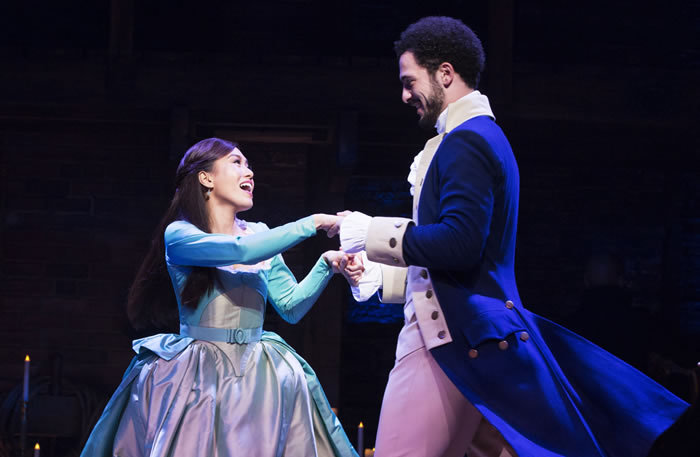 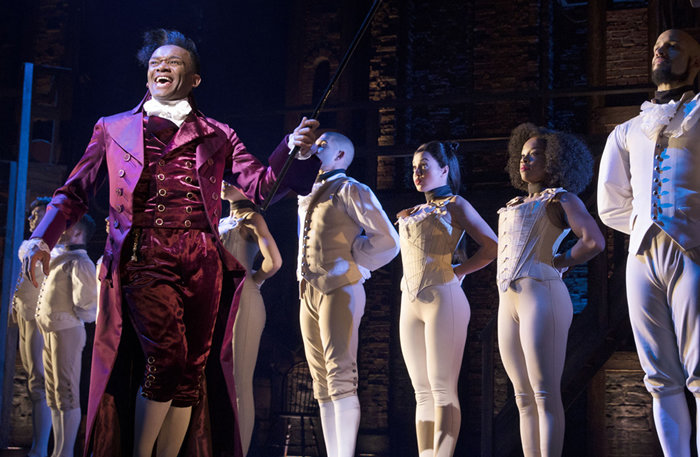 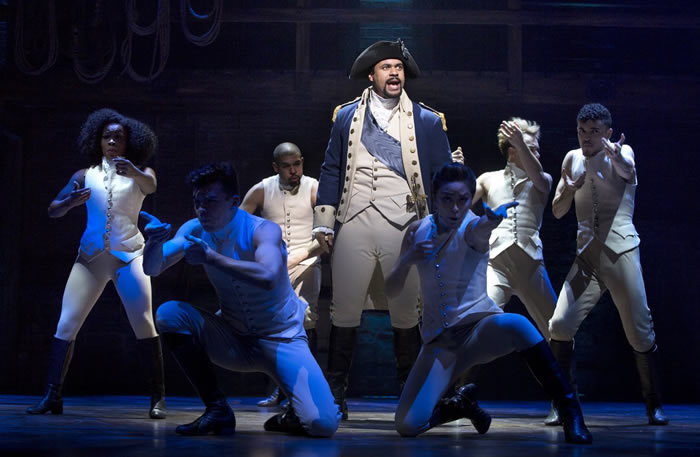 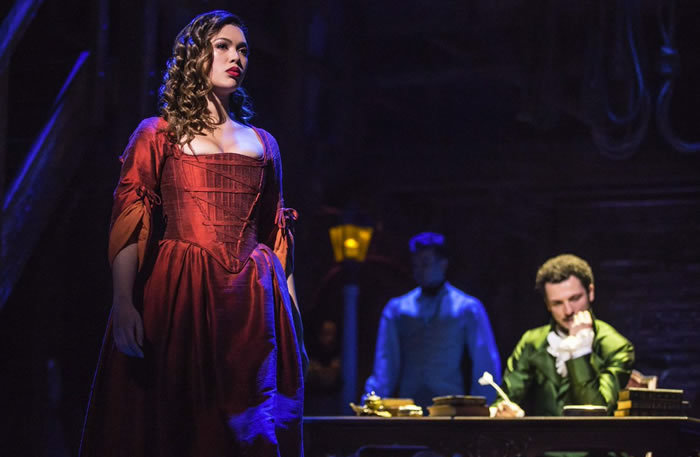