Wyndham's Theatre
40 seat views
After a triumphant Broadway run, Simon Stephens (writer of the Olivier & Tony Award-winning The Curious Incident of the Dog in the Night-Time) brings his sizzling two-hander Heisenberg: The Uncertainty Principle to the Wyndham’s Theatre for its UK premiere - with tickets available from 3 October 2017 to 6 January 2018.

Mirroring the coincidental collision of two random particles, Heisenberg: The Uncertainty Principle tells the story of a chance encounter between two strangers upon a crowded London tube platform.

These two volatile molecules take the form of Alex Priest (Cranham), an Irish-born butcher on the cusp of retirement, and Georgie Burns (Duff) a chaotic American-born swindler on the lookout for her next mark. The two embark on an unexpected journey that may alter the course of each of their lives forever.

Heisenberg comes to us with the support of the creative team behind The Curious Incident of the Dog in the Night-Time, plus the award-winning designer Bunny Christie (Red Barn/People, Places Things at the National Theatre).

This explosive fusion makes Heisenberg: The Uncertainty Principle an unmissable, theatrical experiment not to be missed, so get your tickets now.

Special notice: Any fans of Simon Stephens previous West End smash-hit The Curious Incident of the Dog in the Night-Time will adore the beautiful character rich drama and should ensure they get tickets.

SeatPlan Recommends: Wyndham's Theatre has some of the best seating sight-lines of London West End theatres so you can tend to find some great bargain tickets. Because of the intimacy of this productions delicate two-hander style a close up ticket in the stalls is an ideal place to enjoy the show.

Great actors but this show sucked. Good thing it was only one act. The set was innovative, but thats... More

Great actors but this show sucked. Good thing it was only one act. The set was innovative, but thats about as good as it gets.

The set was very plain which was disappointing at first, however as the play progressed it didn't matter.... More

I thought this was a very well acted performance of a lovely story about an unlikely romantic relationship.... More

I thought this was a very well acted performance of a lovely story about an unlikely romantic relationship. Much better than the critics reviews had led me to think it might be.

This play bears very little relationship to the scientific principle after which it's named, although... More

This play bears very little relationship to the scientific principle after which it's named, although that does get a nod. Just a nod. Because this is a romantic comedy with two non-scientists in it, and the writer just threw it in, I suspect, because "Heisenberg Uncertainty Principle" is a well-known phrase. So, forget that. Instead, what we get is a very sparse stage, all in white, with white furniture - a very clever one, with the walls contracting and expanding to fit the characters' moods, and furniture disappearing into the floor for scene changes. The story starts with an elderly man, sat in what is meant to be a train station, who is approached by a much younger woman, who engages him in intense conversation. He is, of course, amazed - this is London, after all! Of course, she's American. Anyway, an unlikely love story develops. Dunno why the reviews were so iffy - I loved it, thought it was really sweet! The script is witty, the characters engaging - and there's obviously a great rapport between the actors. Very glad I saw it - and as usual, very glad of the lack of an interval - if someone hadn't been in the office when I got back, and keen for chat, I'd have been home unusually early! Booking until 6th January - recommended. 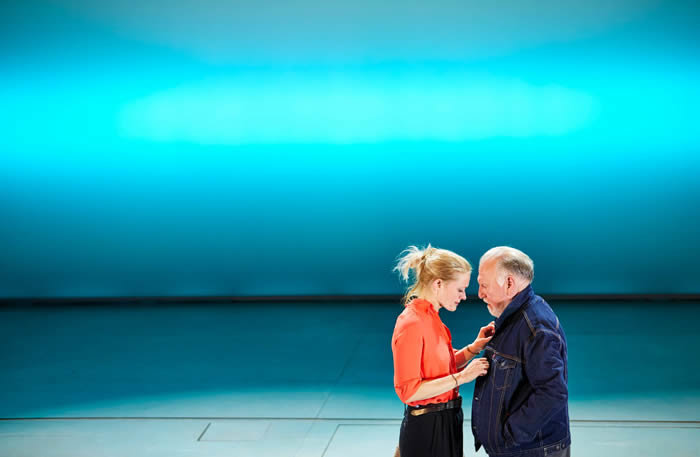 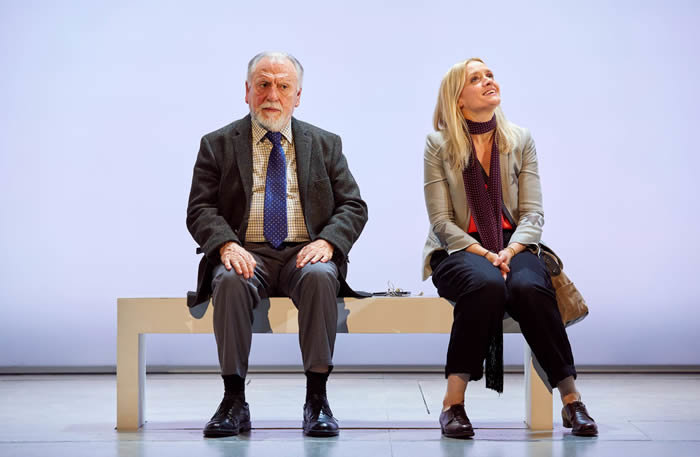 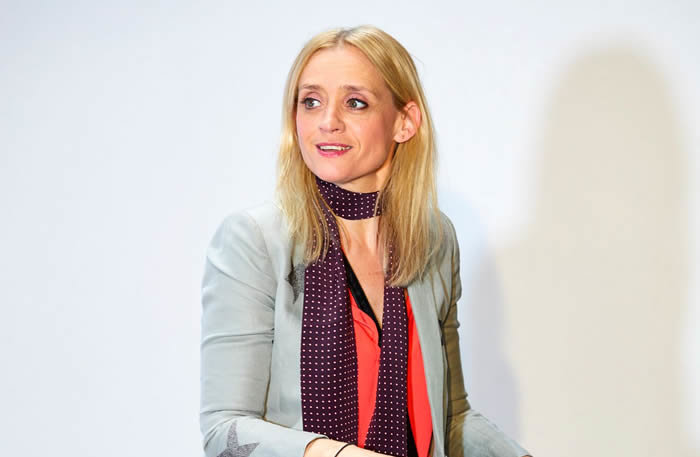 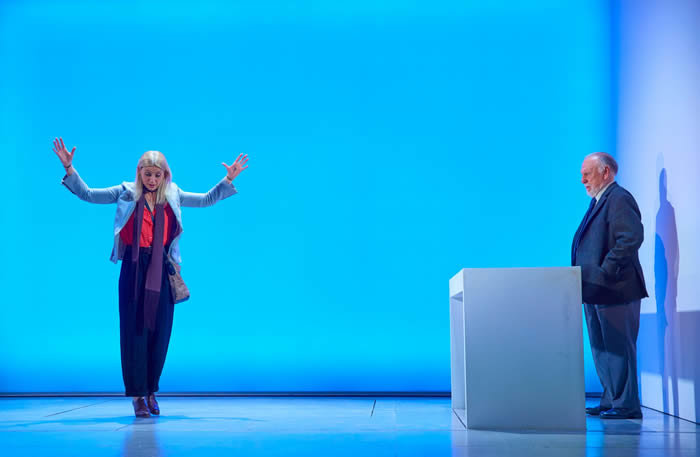 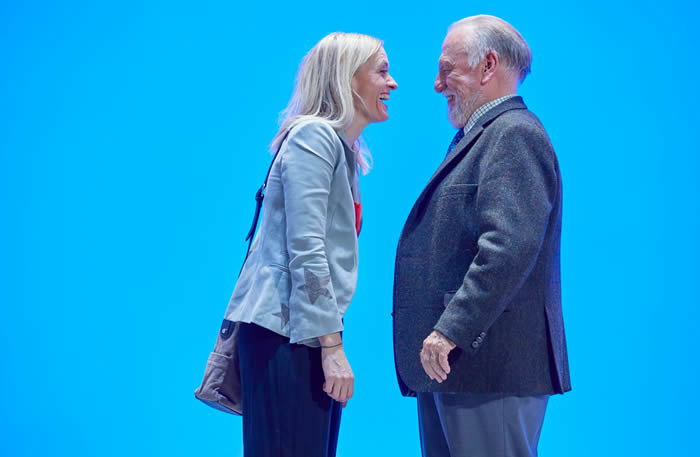 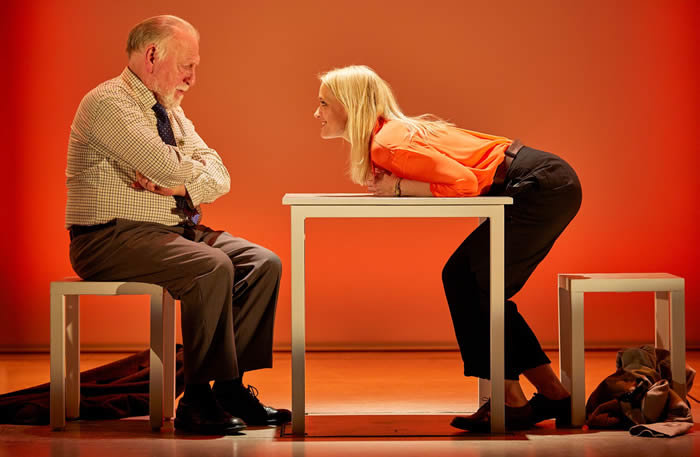 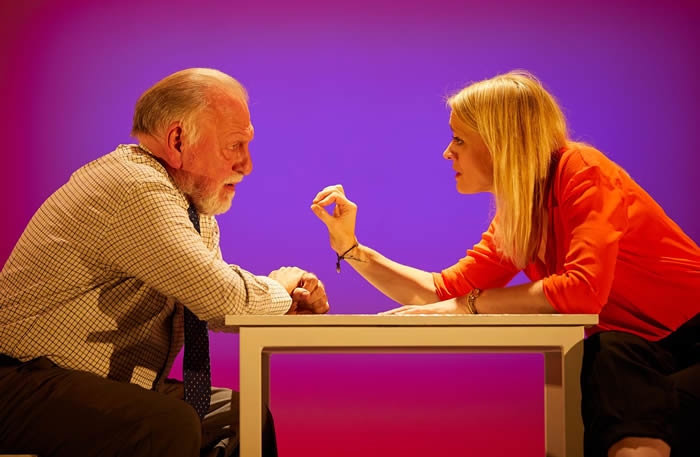 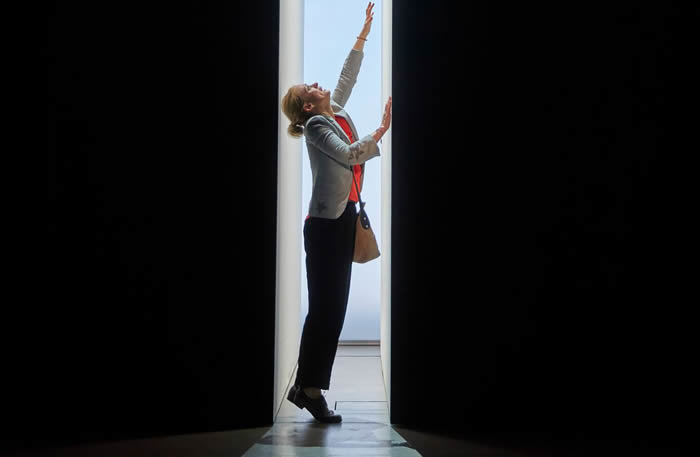 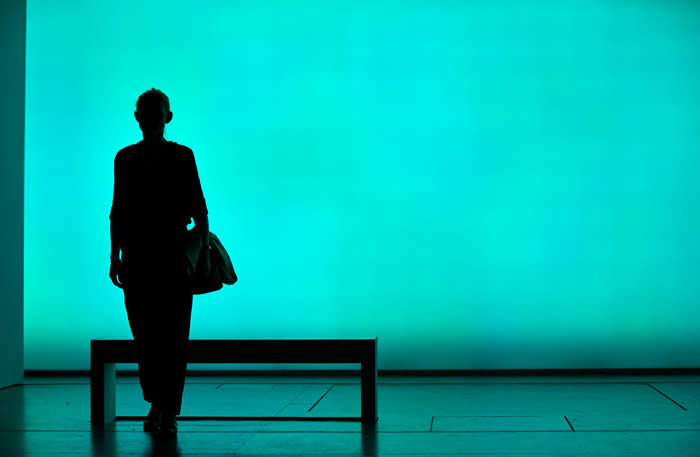 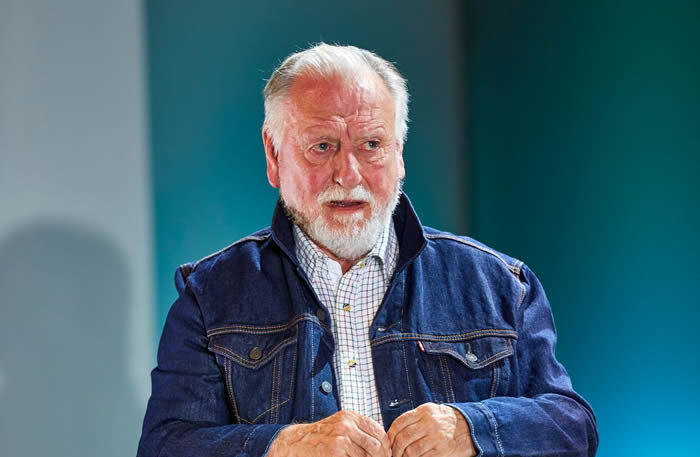 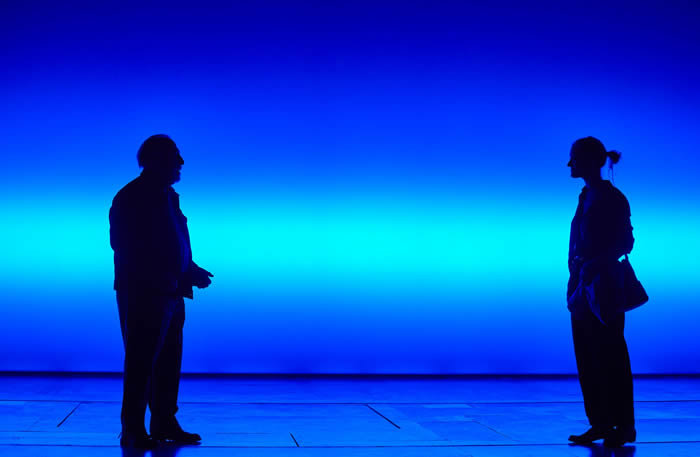