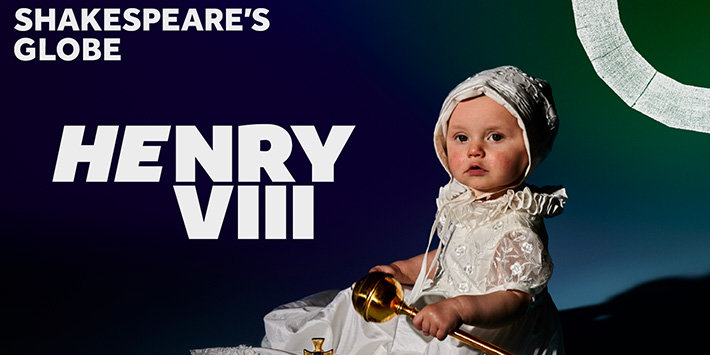 A new twist on Shakespeare’s play

This new production of Henry VIII at Shakespeare’s Globe is set to present a thoroughly modern take on the original text, co-written by Shakespeare and John Fletcher. The Globe’s 2022 Resident Writer Hannah Khalil (A Museum in Baghdad) adapts the original script to provide a female perspective into this tale of ambition, love and lineage.

Henry VIII is one of Shakespeare’s later and lesser-performed plays and is probably best known for being the play that destroyed the original Globe Theatre. At a performance in 1613, a cannon fired as part of the show set fire to the thatched roof, burning the entire venue to the ground.

Henry VIII tells the story of Britain’s most infamous king, his desperation for a son and heir and the trial of Katherine of Aragon. To bring back the play’s impact for contemporary audience, Khalil has reimagined the script to give more attention to Henry’s wives and the women of the court. What did they make of his decisions? How could they speak out under a patriarchy that preferred they remain silent?

Set within the authentic surroundings of Shakespeare’s Globe, Henry VIII will mix history with modernity, renaissance splendour with contemporary sensibilities to create a compelling, must-see production for 2022. Book Henry VIII tickets for a poignant slice of British history.

Henry VIII seat view photos show what view you will get for your money. Click 'book this seat' and we will search for availability for your chosen seat.

Earn double Rewards points by adding your Henry VIII seat view photo! Use your points for Theatre Tokens and Encore Tickets vouchers and get money off your next theatre trip.