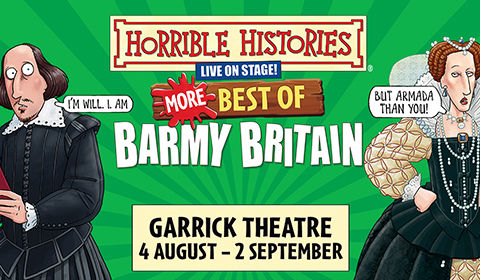 Garrick Theatre
1 seat views
The Stalls in the Garrick Theatre are a large section and will give fairly good views throughout, however the very rear can feel quite distant as well as being affected by the overhang from the Circle, with Row L and forward being preferable.

The Circle itself is horse-shoe shaped, meaning that seats and the end of the rows can be quite side on, however there is no safety rail, meaning the front seats are better than at many theatres. The Grand Circle is a similar shape, however does feel a lot more distant from the stage.

The hugely popular and incredibly hilarious Horrible Histories gang return to the West End once more for a run of Horrible Histories: More Best of Barmy Britain at the Garrick Theatre. The show is the perfect summer theatre outing for all the kids, with previews beginning on the 4th August 2017 and running through until 2nd September 2017.

With dozens of best-selling children’s books, a BAFTA-award winning TV show and years of much loved stage productions under their belt, the Horrible Histories gang have become one of the most popular children's shows in the West End, and have once again brought their most captivating characters and fascinating facts for a spectacular summer run, which will make sure that all children (and adults!) are glued to their seats.

We’ve all wanted to meet up with all the greats of history. The problem tends to be however, that they’re always dead! So prepare yourself for a brand new special West End production of the Horrible Histories show, jam-packed full of all your favourite characters from a range of barmy shows, as well as some extra special new scenes.

Horrible Histories: More Best of Barmy Britain takes you on a journey through history, to find out why the Romans were revolting, how to survive the vicious Vikings, what evil Elizabeth did to entertain England, as well as how the Puritans partied. Not only that though, you will also have the chance to clap along with the kooky King Charles, and to stand and deliver with legendary highway man Dick Turpin, not to mention vomiting with the vile Victorians and preparing to do battle in the frightful First World War.

Horrible Histories: More Best of Barmy Britain is history, but as you’ve never experienced it before – with all the gruesome bits left in. With over five years entertaining children on the London stage, this return to the Garrick Theatre is not to be missed. Packed full of killer comedy and high octane songs, this is like no history lesson that has ever been taught in a classroom.

Set to be one of the best children’s shows this summer, Horrible Histories: More Best of Barmy Britain is due to begin previews on the 4th August 2017, with an official opening on 7th August 2017 and is set to continue until 2nd September 2017.

Special notice: Horrible Histories: More Best of Barmy Britain is the perfect show for all the family this summer. If you’ve loved the books, TV series or past stage productions, then you will not want to miss out on the opportunity to check in again with the Horrible Histories gang for another package of their hilarious greatest sketches.

Horrible Histories - More Best of Barmy Britain seat view photos show what view you will get for your money. Click 'book this seat' and we will search for availability for your chosen seat. 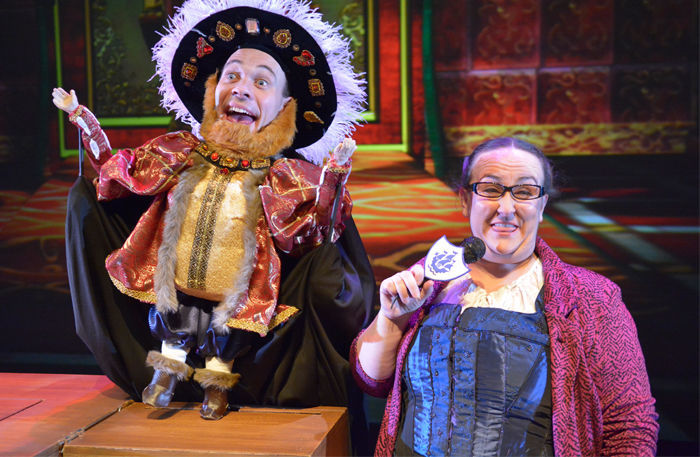 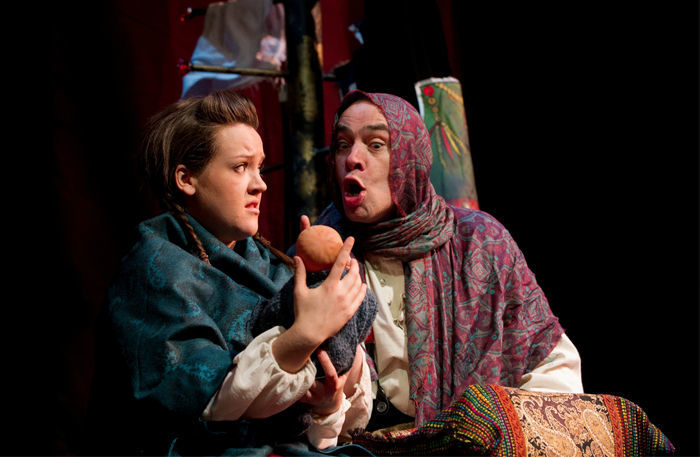 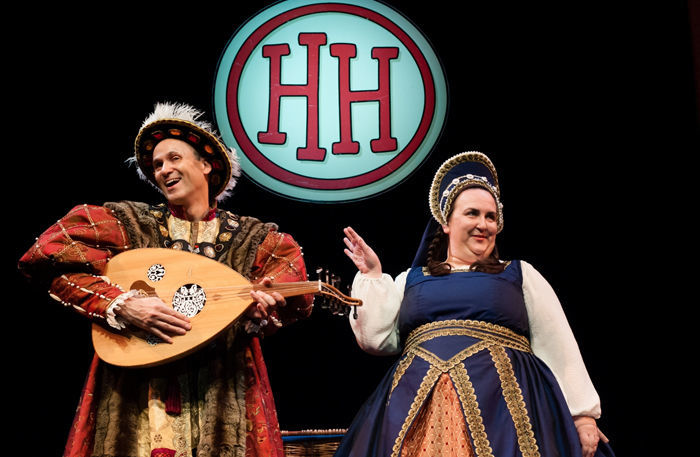 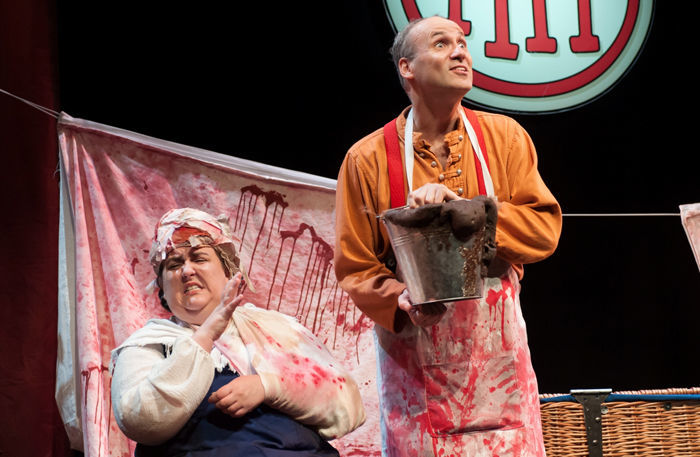 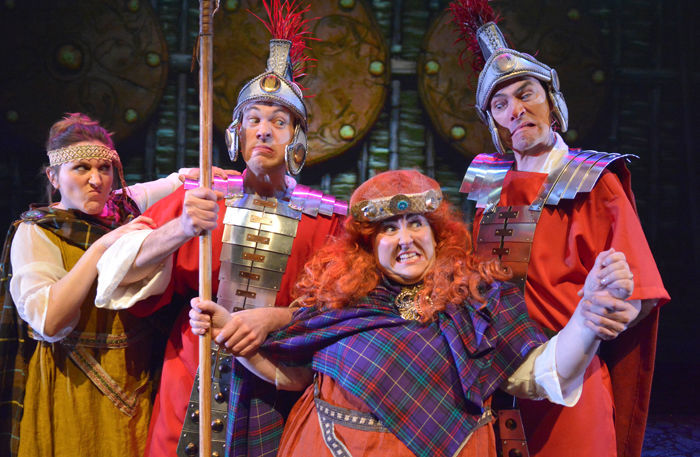 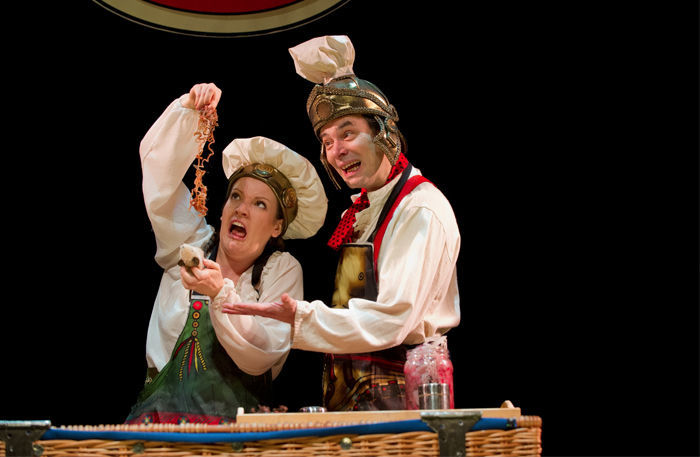 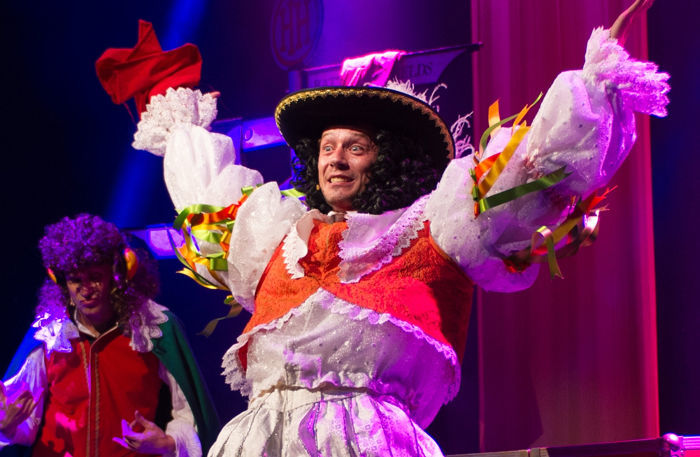