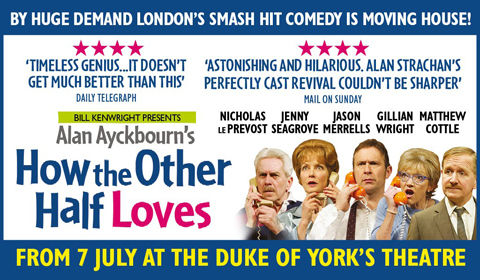 How The Other Half Loves Tickets

Duke of York's Theatre
10 seat views
Due to popular demand, Alan Ayckbourn’s classic comedy of matrimonial mishaps extended for another 3 months, moving to the Duke of York’s Theatre in London’s West End, after becoming much loved at the Theatre Royal Haymarket earlier this year.

This production of Ayckbourn’s much loved comedy, is the first major West End revival for over 20 years. With one hidden love affair, two doomed dinner parties and three disaster-bound couples, what could possibly go wrong?

The story follows Bob and Fiona as they try to clumsily hide their affair, while their partner’s interfering only adds to the confusion. With Mary and William Featherstone having become awkwardly stuck in the middle and wrongly accused of philandering, they are not quite sure how they ever became involved at all.

As the comedy peaks into two disastrous dinner parties, one after another, following which the relationship of all three couples is a bit on the rocks.

How The Other Half Loves features an all-star cast of West End favourites, including the Olivier Award nominated Nicholas Le Prevost, who many may recognise from Man and Superman at the National Theatre, as well as the films Run for Your Wife and Shakespeare In Love. He is joined by West End legend Jenny Seagrove who is known for her prolific work in London theatre, including recently playing Julia in Fallen Angels as well as having previously starred in another of Ayckbourn’s great comedies, Absurd Person Singular.

Tamzin Outhwaite also joins the cast, best known for her huge range of much-loved TV roles, including Melanie Owen in EastEnders and Rebecca Mitchell in Hotel Babylon. She stars opposite Jason Merrells (Lark Rise to Candleford, Cutting It and Waterloo Road), as well as Matthew Cottle (Game On & A Small Family Business) and Gillian Wright (EastEnders).

How The Other Half Loves is seen as one of Ayckbourn’s most loved comedies, having opened in London’s West End in 1970 and running for a huge 869 shows, receiving audience and critical acclaim alike. With heart-wrenching turns yet with hilarious crescendos of comedy, the Ayckbourn tale of social graces and humorous misunderstandings is one of his most famous comedies.

Alan Ayckbourn has had a hugely prolific career, with over 50 years as a playwright the has encompassed over 80 plays, including ones that have been recently revived din London such as Season’s Greetings and A Small Family Business. Ayckbourn was the first British playwright to win both Tony and Olivier Special Lifetime Achievement Awards and was even knighted in 1997 for his work in theatre.

This new production of How The Other Half Loves was directed by Alan Strachan, who is known for his work all over the world, as well as his long-term stint as Artistic Director of the Greenwich Theatre, however has received most acclaim for becoming Ayckbourn’s chosen director.

How The Other Half Loves received glowing reviews from critics and audiences alike, and due to popular demand transferred to the Duke Of York’s Theatre for a three month extension, with the new run having opened on 7th July 2016 and ran through to 1st October 2016.

Special notice: How The Other Half Loves is a must see for any fans of Ayckbourn’s previous work, such as the recent production of A Small Family Business at the National Theatre. With the momentum of glowing critical reviews and popular performances in its previous run behind it, it should become a must-see for any West End comedy lovers in general.

Sorry this show closed 01 October 2016, we recommend these similar productions.

SeatPlan Recommends: Throughout the Stalls in the Duke of York’s Theatre, seats are all head-on, which tends to affect views at the ends of the rows, and pillars towards the ends of Rows H & Q can impair the view from seat. There is also an overhang from the Royal Circle that can restrict Rows J and back, however for a flat staging such as this, they can offer good value for money, however the very rear can feel quite distant.

The Royal Circle has a deep curve so the edge of rows can be blocked by boxes. The section overall is reasonably raked and feels quite close to the stage, so seats within the front few rows and at the centre give good views. The Upper Circle is generally one of the most restricted sections, however the centre can offer good value for money.

How The Other Half Loves is an old fashioned comedy. The set is well designed showing both couple... More

How The Other Half Loves is an old fashioned comedy. The set is well designed showing both couples at the same time and how they interact with each other. Nicholas Le Prevost who plays Frank Foster and Gillian Wright playing Mary Featherstone are particularly funny.

How The Other Half Loves was highly entertaining and received strong laughs throughout. The scrip... More

How The Other Half Loves was highly entertaining and received strong laughs throughout. The script feels like it was written in the late 60s and occasionally falls into the realms of cliché, but the producers have embraced this and set the play in a vibrant depiction of the late 60s. Playing the nostalgia card works well and you forgive it its faults. The cast are all very good and keep the momentum flowing in this fast paced farce, although Andrea Lowe’s portrayal of Theresa Philips does feel noticeably weaker than the rest of the cast. It is never going to be breaking any boundaries or doing anything particularly ground breaking, but still is a highly entertaining version of classic Ayckbourn play, perfect for fans of comedy of that era such as Fawlty Towers or Some Mothers Do Have ‘Em.

Brilliantly funny and clever, this is certainly an interesting play to watch. It would be a shame... More

Brilliantly funny and clever, this is certainly an interesting play to watch. It would be a shame to ruin some of the surprises so I'm not going to say anymore - except go and see it!

We loved the show, the cast were fantastic. I was really looking forward to seeing Jenny Seagrove... More

We loved the show, the cast were fantastic. I was really looking forward to seeing Jenny Seagrove who did not disappoint in any way. I had never seen any of Gillian Wright's previous work before and I have to say she was stunning in this role, fantastic comic timing which also has to be said of the whole cast. What is also really nice about having seats closer to the stage is that you can really appreciate intricacies in costume and set design and how the actors work within them, Jenny Seagrove moving around the stage in such an effortlessly elegant way in her gorgeous costumes. I would highly recommend catching this before the end of the run! 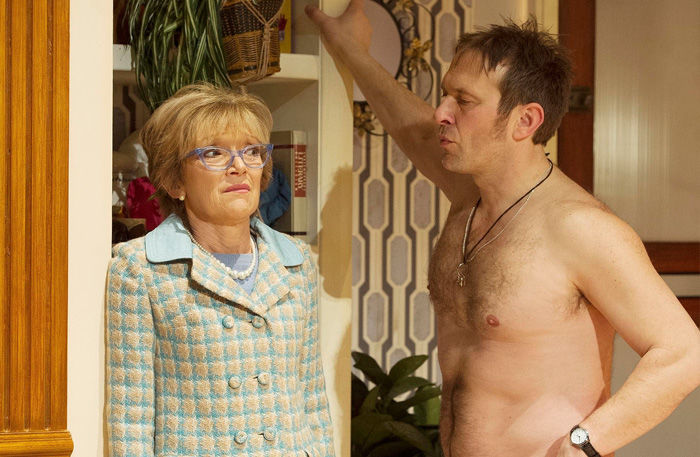 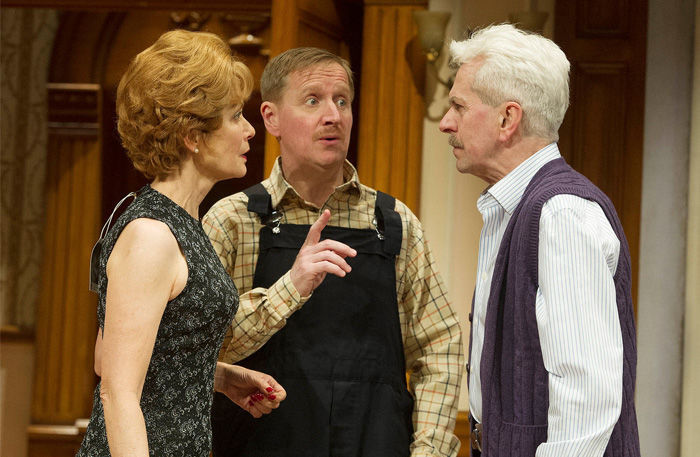 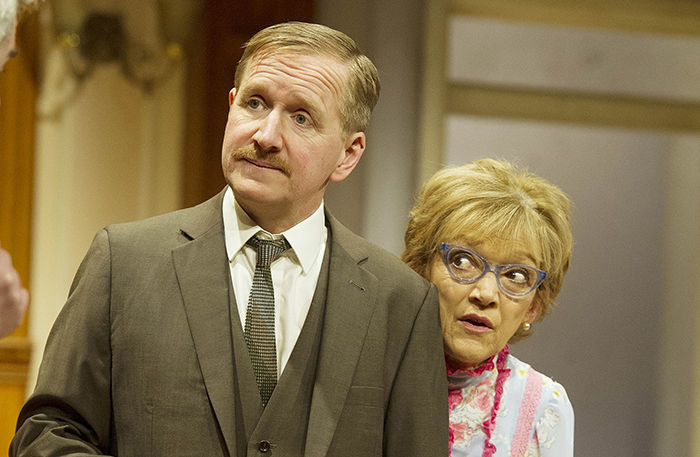 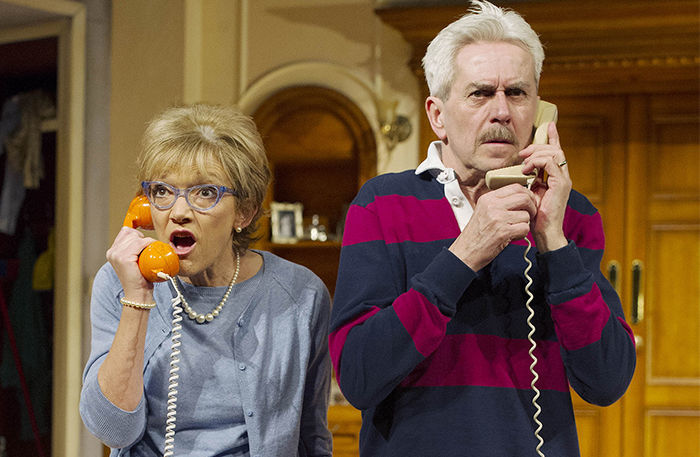 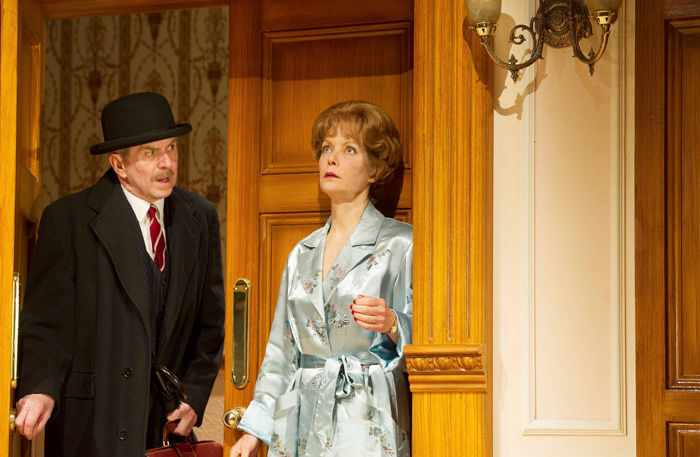 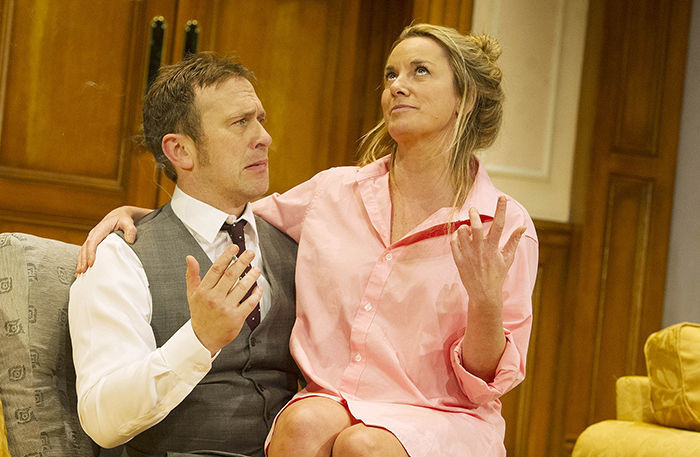 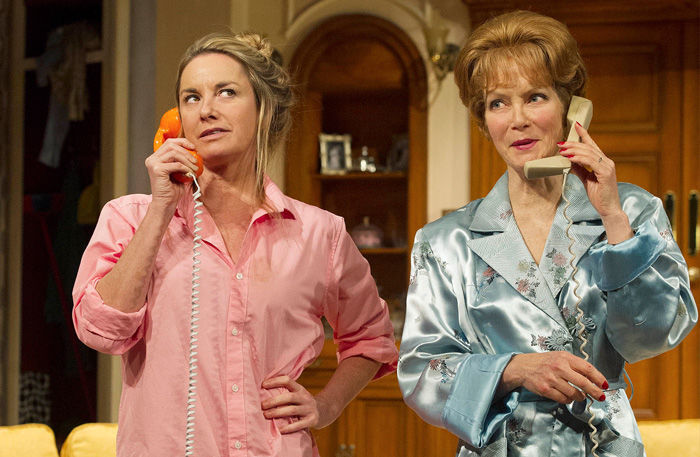