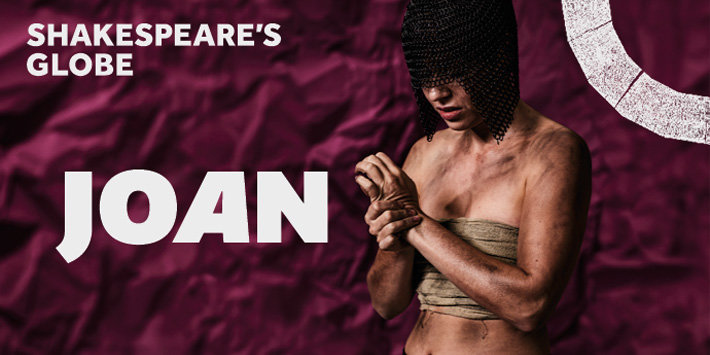 Shakespeare’s Globe will echo with the sounds of passion and revolution this year as it welcomes a powerful world premiere about France’s unlikely hero, Joan of Arc.

Young, poor and female, Joan has long been celebrated for her pivotal role in the 1428 siege of Orléans. Spurred on by visions from the archangel Michael and other holy figures, Joan became a hero of the Hundred Years War. She was later convicted of heresy by the English and burnt at the stake, but remains a fascinating historical figure surrounded by mystery and legend.

Playwright Charlie Josephine (Bitch Boxer) and director Ilinca Radulian (Richard III) collaborate to bring their brand new I, Joan play to the open-air stage. Audiences can celebrate the passion of Joan’s story throughout the summer, in a rallying battle cry that bounces off the walls of the Globe Theatre.

The I, Joan London cast is to be confirmed.

Rediscover the woman behind the legend with I, Joan tickets at Shakespeare’s Globe. This rousing, big-hearted play closes out the theatre’s summer season this year.

I, Joan seat view photos show what view you will get for your money. Our users will start adding seat views when the show opens.