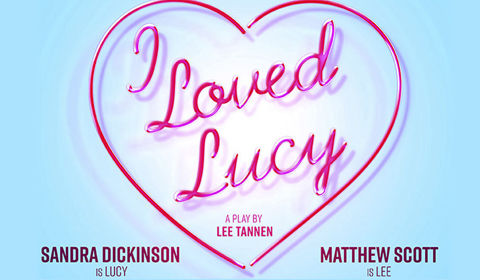 I Loved Lucy is the intimate story of one of the world’s most legendary comedic entertainers, whose celebrity face is all too well known. But do you really know what she was like? And how she chose to live during her latter years, out of the spotlight?

Lee Tannen’s touching and witty play, is based on his own acclaimed memoir of who the true Lucy really was and what is was like being her friend, right until the end.

With most people who have documented Lucille Ball’s life having never met her, purely relying on the accounts of others to fill in the blanks, Lee Tannen solely relied on Lucille’s own words. This he uses to paint a beautiful rich and touching portrait, that adds a lot of depth to what you may think you know about the fabled movie star.

Having first met Lucille Ball as a child, Lee Tannen cemented their intimate and enduring friendship during adulthood. Towards the end of her life, Lucy spent nearly ten years out of the spotlight, and often around a backgammon table.

During this time, Lee became Lucille’s closest confidante, spending time in her Palm Springs and Beverly Hills homes, travelling around with her and even taking her home to his own turf in New York City.

Following two sold-out runs at the Jermyn Street Theatre in 2016, the play received a range of dazzling reviews. Sandra Dickinson is set to return in the lead role of Lucy, while Broadway star Matthew Scott (An American in Paris) makes his West End debut as Lee.

A welcome return for a much loved off-West End show, I Loved Lucy is set to open at the Arts Theatre on 19th July 2017, for a limited run until 2nd September 2017.

Special notice: Perfect for anyone who loves touching and funny theatre, I Loved Lucy is a fantastic chance to enjoy a show that sold out its last two London runs and left many missing out. Hot on the heels of the Arts Theatre’s production of Judy!, it is another opportunity to remember one of the greatest Hollywood figures of the 20th century.

SeatPlan Recommends: As a reasonably small venue, you will get good views throughout most seats in the Stalls, although pillars in Row J can get in the way sometimes.

The Circle is a very small section, in a horseshoe shape with benches for the Slips, that can be quite uncomfortable, but also give an okay view for the money.

Fantastic show, I loved it it was very interesting to watch.

What a marvellous show! I really enjoyed this. I work in comedy and have a huge interest in vintage comedy... More

What a marvellous show! I really enjoyed this. I work in comedy and have a huge interest in vintage comedy so have been aware of Lucille Ball - but, I have never watched I Love Lucy and I knew nothing about her life. It's definitely got me wanting to discover more now.

‘I Loved Lucy’ was a thoroughly enjoyable show. It focuses on the last 10 years of Lucille Ball’s life... More

‘I Loved Lucy’ was a thoroughly enjoyable show. It focuses on the last 10 years of Lucille Ball’s life and Sandra Dickinson was an excellent casting for this role as you got a huge range of emotion from her. My only gripe was I should have researched a bit more about Lucille Ball before going in to watch the production as I felt a bit detracted from what was going on. There were a lot of ‘in’ jokes that I didn’t get, purely because I hadn’t watched the TV series ‘I Love Lucy’ before. My advice to anyone going is to definitely swot up on your Lucille Ball history before watching this play. It was a very good production however and I thoroughly enjoyed it!

I think like many British people of a certain age I know Lucy but lack of constant re-runs in the UK... More

I think like many British people of a certain age I know Lucy but lack of constant re-runs in the UK means I don’t love her. I do know she paved the way for many female comics and was a grafter who had been in the business for 20+ years before finding success with her own TV sitcom. I Loved Lucy is an account from Lee Tannen, a distant relative through her second marriage, he got to know Lucy in her final decade. I am always cynical about these memoirs from people you have never heard of about people you have. Tannen’s adaptation doesn’t paint him as the perfect friend but a man who was close, sometimes closer than family. It helps that Matthew Scott’s portrayal is warm and funny, I particularly loved when he took on other roles in the story-Gary Morton, her husband and a very strung out Liza Minnelli. Tannen is a man coming out of the other side; he married a woman and is now happily living with a man. Lucille is very a surrogate mother, she is comfortable with his homosexuality (though there is a shocking scene which reveals Lucille’s attitude to AIDS) and trusts him. It is constantly implied that Ball doesn’t trust many people. Sandra Dickinson, who returns to the role after two runs at Jermyn Street Theatre, is a revelation as the husky Lucy; a woman approaching the end and still pining after Desi Arnaz, who let her down time and time again but also made her the star. Her performance felt like a belated audition for the Golden Girls, there were rumours Ball turned it down. This is play is ultimately a series of anecdotes and played by lesser actors it would feel dull and repetitive. Hardcore Lucy fans won’t learn anything new and the exposition, whilst often useful such as the story of Lucy’s disastrous return to sitcom Life With Lucy on ABC, can grate a little. It has all the makings of a hit stage show, fun stories; quite campy and characters you care about. The lack of conflict does not make this your typical high stakes drama but the chemistry between Dickinson and Scott makes up for that and it is a fantastic look at the power celebrities had during the eighties, where talent took priority and gossip was just a bit classier.

Excellent production. Good acting. Would recommend. Even though I was not a Lucy fan, I thoroughly... More

Excellent production. Good acting. Would recommend. Even though I was not a Lucy fan, I thoroughly enjoyed the show.