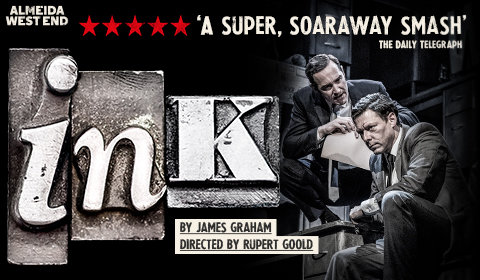 Graham's dark and insightful play follows the true story of Rupert Murdoch's purchase of The Sun newspaper in 1969, a failing broadsheet at the time. Enlisting the help of Larry Lamb as the paper’s incisive editor, Murdoch and Lamb set about crafting creating a publication for the masses that would send ripples through the world of journalism for decades to come.

Reprising their celebrated roles for the production are stars Bertie Carvel as Rupert Murdoch and Richard Coyle as Larry Lamb. Bertie Carvel is an Olivier Award winning actor, receiving the accolade for his iconic 2008 performance of Miss Trunchbull in Tim Minchin’s musical Matilda.

The transfer will be produced by Sonia Friedman Productions, with Rupert Goold directing. The company's recent smash-hit adaptation of Shakespeare’s Hamlet starring Andrew Scott playing at the Harold Pinter Theatre.

This thrilling production plays at the Duke of York's Theatre from the 9th September 2017 to the 6th January 2018, so make sure to get your tickets now.

Special notice: Fans of David Icke acclaimed adaptation of Hamlet should not miss the chance to get tickets to this compelling visual style in this electrifying historical tale.

SeatPlan Recommends: The best tickets in the house for the production are within the centre of the stalls giving a fantastic intimate view which avoids blocking by the theatre’s raised stage.

Exceptional show, fast paced, very clever staging - almost no gaps between scenes. A lot to think about - giving the people what they wanted led to soaring sales - but at what cost. A lesson particularly for recent times...

Fascinating look at a series of events around Murdoch setting up The Sun newspaper. Well acted and cleverly... More

Fascinating look at a series of events around Murdoch setting up The Sun newspaper. Well acted and cleverly staged (albeit that none of the characters are actually particularly likeable!).

Really enjoyed this show - fascinating story to find out more about and was much funnier than I was expecting.... More

Really enjoyed this show - fascinating story to find out more about and was much funnier than I was expecting. The two leads, Bertie Carvel and Richard Coyle, both gave fantastic performances, with the latter really carrying the whole show. I particularly enjoyed the music and sound design by Adam Cork, which was a big feature of the play and was excellent. Would definitely recommend viewing!

Well, this play is based on Rupert Murdoch's takeover of The Sun, which he turned into a tabloid. It's... More

Well, this play is based on Rupert Murdoch's takeover of The Sun, which he turned into a tabloid. It's a real tale of once-upon-a-time.. when there were typewriters, and print rooms, and computers were a rarity. When people actually paid - in large numbers - for newspapers. And I have to say - whatever you think of the trash that The Sun and its ilk have become, as this play portrays it, Murdoch and his newspaper, led by Larry Lamb as editor, were real trend-setters. Apparently it was their idea to put in horoscopes - and the weather on Page 2 - and, of course, those enormous headlines. And you know, I seem to remember The Sun being a fun, reasonably respectable - if downmarket - paper when I was a kid. The infamous Page 3 girls came a few years later, and the play closes with that, and with the management of the paper showing a whiff of distaste for how things were going. Still, readership skyrocketed - and has remained high ever since. This is actually fascinating. And the play really puts forward the idea that The Sun was breaking new ground, challenging the stuffy establishment - there's a remark about the liberal lefties trying to subvert the democratic will of the people that made me chuckle, thinking of the political fracas of last year! As one review remarked - as sharp as a paper cut; it's quick and it's clever, like Murdoch himself, and a show to see. Runs until the 6th January - shop around for tickets. 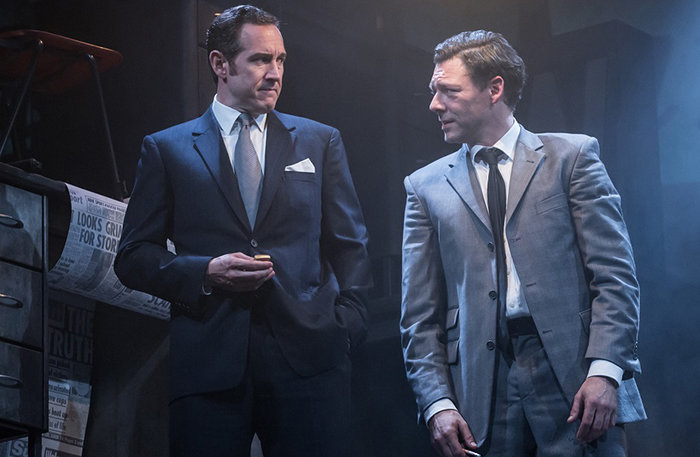 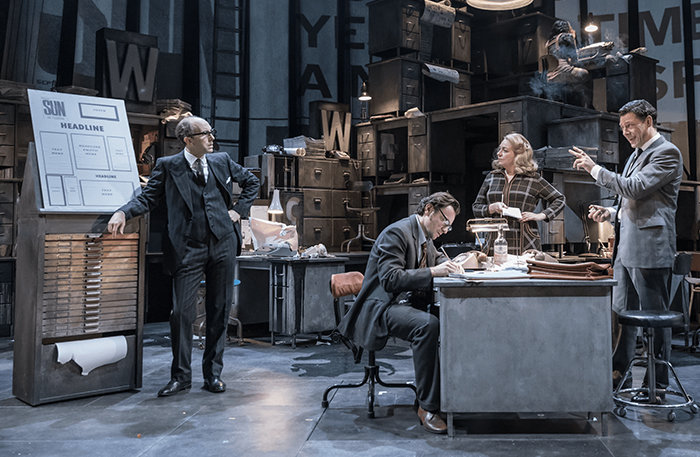 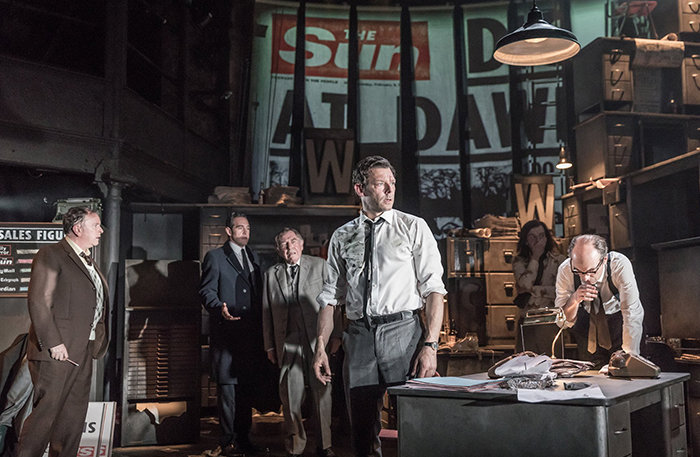 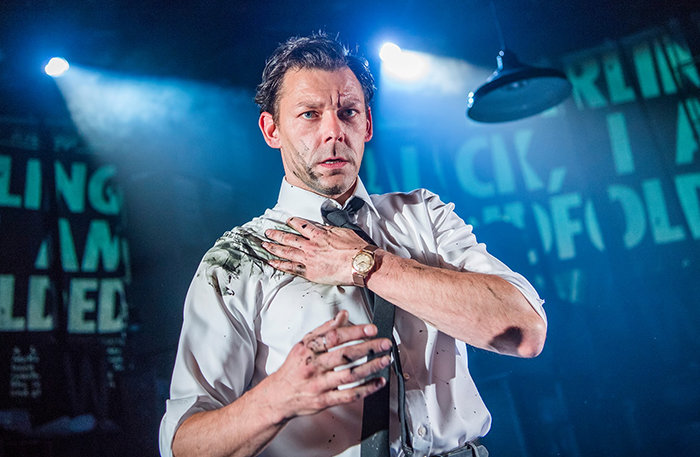 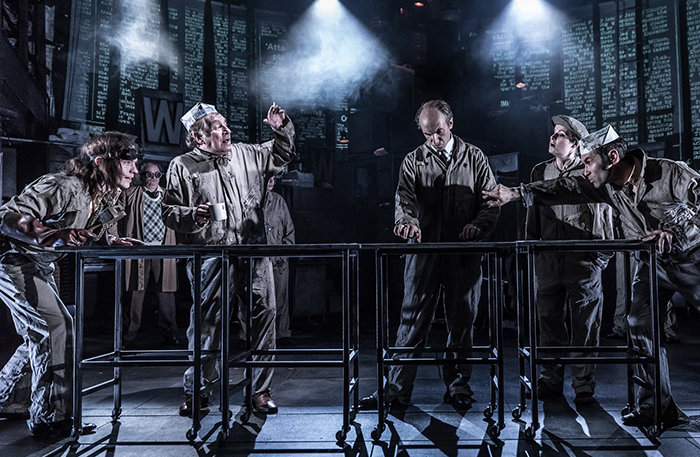 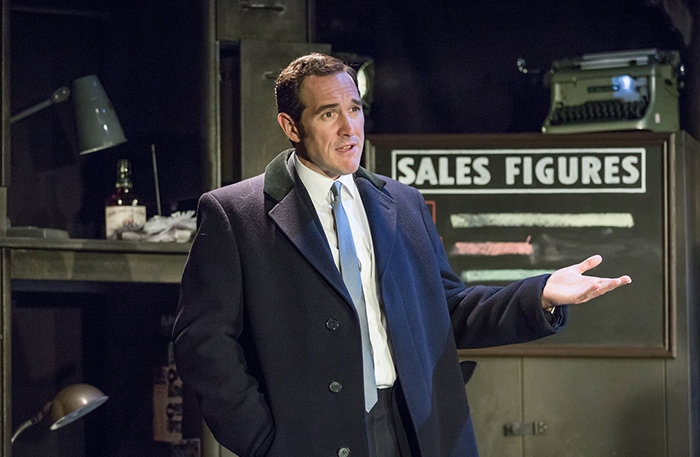 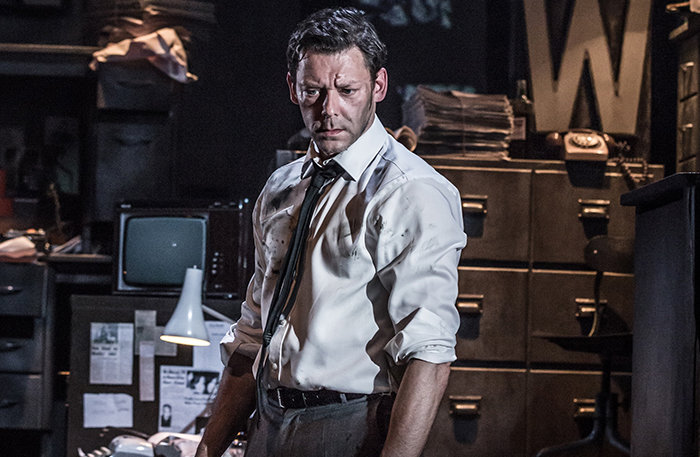