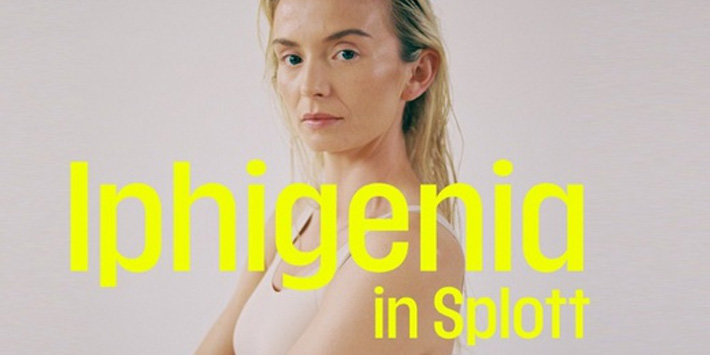 Gary Owen’s critically-acclaimed monodrama Iphigenia in Splott transfers to the Lyric Hammersmith, bringing an ancient Greek myth to the streets of south Cardiff.

Effie is the sort of girl you’d avoid if you saw her stumbling down the road at nearly midday. Her life is a mix of drink, drugs and drama, but appearances can be deceiving. As Effie wanders the streets of Splott, she comes across a kindred soul who might give her the chance to be more than what others think she is.

Inspired by King Agamemnon’s daughter, who in Greek myth was sacrificed to by her father to ensure his fleet can sail to Troy, Owen’s Iphigenia in Splott play swaps mythology for a failing welfare state and a society that puts profit before people. The show comes to Hammersmith after hugely successful, sold-out seasons at the Sherman Theatre in Wales and National Theatre.

Sophie Melville returns as Effie for the Iphigenia in Splott London production, having previously won The Stage Award for Acting Excellence for the role. She is directed by Lyric Hammersmith Artistic Director Rachel O’Riordan.

Book Iphigenia in Splott tickets and catch this award-winning, powerful monologue as it returns to London.

Iphigenia in Splott seat view photos show what view you will get for your money. Our users will start adding seat views when the show opens.