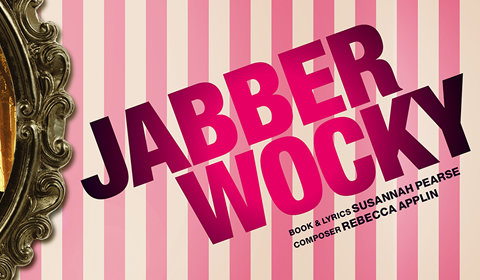 The Other Palace
2 seat views
For a limited week this Easter, Youth Music Theatre bring their latest thrilling production to The Other Palace. Adapted from Lewis Carroll’s novel Through the Looking-Glass, and What Alice Found There, Jabberwocky features the country’s best young musical theatre performers paired with a professional creative team.

Flora and Jess might have a century between them, but with a bit of time bending and a magical world lying just beyond the mirror, they can be brought back together for a sensational adventure. Jabberwocky promises plenty of laughs, and a whole host of creatures from Carroll’s dark and delightful imagination, all encased within high-quality new musical theatre.

Susannah Pearse (The Stationmaster, The 45th Marvelous Chatterley Village Fete, Wonderland) writes the book and lyrics, teaming up with award-winning composer Rebecca Applin (Bully Boy with Sandi Toksvig, Much Ado About Nothing, Wind in the Willows), who creates the music.

With a cast of YMT performers taking to the stage, Jabberwocky is the exciting new musical that brings larger-than-life characters to the stage – but, beware the Jabberwock my son! The production runs at Andrew Lloyd Webber’s The Other Palace for a limited season from 7 April to 14 April 2018.

Special notice: Children and families will love this fantastical story with young, female leads, as will those excited about new musical theatre and adaptations of classic stories.

Jabberwocky seat view photos show what view you will get for your money. Click 'book this seat' and we will search for availability for your chosen seat.