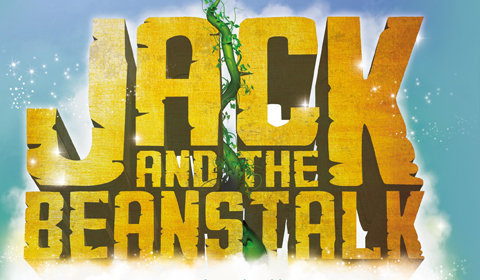 Jack and the Beanstalk tickets

Lyric Hammersmith
0 seat views
After the tremendous success of Aladdin in 2016, the Lyric Hammersmith bring back pantomime with the fun, fantastical story of Jack and the Beanstalk, which promises to take audiences from the earth to the sky and back. With plenty of magic and adventure, the show is suitable for ages 6 and up and promises to be the theatre’s biggest pantomime yet.

Jack and the Beanstalk is the well-known story of a young boy who sets out to sell his prized cow when rent money falls low. When he meets a mysterious figure in the woods, he trades his cow for “magic” beans – much to his mother’s chagrin. But quickly, the power of the beans is revealed!

Award-winning comedian, composer and presenter Vikki Stone returns to the Lyric Hammersmith’s pantomime for the second year running, to play the slimy role of villain Fleshcreep. Further casting includes Faith Omole as Jack and Kayla Miekle as her loveable cow sidekick, Daisy, as well as Daniel Fraser as Jill, Cherelle Skeete as the Fairy Godmother and Kraig Thornber as Dame Lotte Trottalot.

Jack and the Beanstalk is written by Joel Horwood, one of the Lyric Hammersmith’s Artistic Associates. His previous credits for the theatre include 2016’s Aladdin, Secret Theatre: A Stab in the Dark, A Series of Increasingly Impossible Acts, Cinderella, and Dick Whittington.

The production is co-directed by Artistic Associate Jude Christian and Artistic Director Sean Holmes, with design by Jean Chan, lighting by Tim Deiling, sound by Nick Manning and choreography by Lainie Baird.

Boasting a talented and diverse cast, the Lyric Hammersmith’s pantomime is always one of the best family-friendly Christmas shows in London. Running from 18 November 2017 to 6 January 2018, the hilarious and festive show is an assured hit for small and big kids alike, as audiences join Jack on his quest for riches.

Special notice: Families with children aged 6 and up will be thrilled by the Lyric Hammersmith’s latest offering, whilst traditional panto fans, and those welcoming diverse talent on London’s stages will get carried away on a joyful adventure up the beanstalk and back.

Jack and the Beanstalk seat view photos show what view you will get for your money. Unfortunately we do not have any seat views for this show.