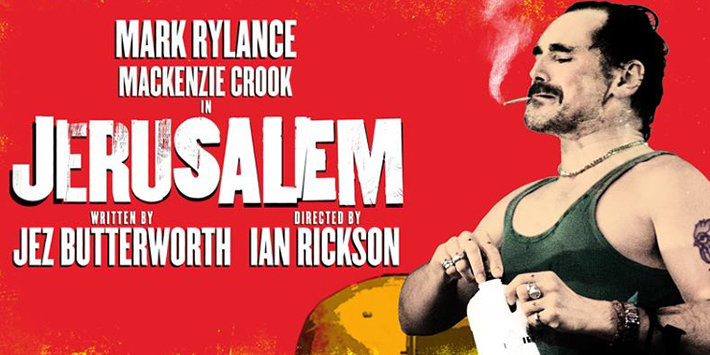 Jerusalem, the award-winning play by Jez Butterworth, is on course to make a return to London's West End, a decade after its record-breaking premiere at the Royal Court Theatre. Mark Rylance will reprise his career-defining role which was described by critics as the performance of the decade.

Set on St George's Day, Jerusalem is a comic and searing exploration of life in rural England. The play centres on Johnny "Rooster" Byron who is a wanted man – local officials want to serve him an eviction notice, his son wants to be taken to the local county fair, a vengeful father wants payback, and his troublesome friends want access to his ample booze collection.

During the decade since its premiere, Jerusalem has been hailed as one of the best plays of all time by critics and audiences alike. In 2019, The Guardian ranked the play as the greatest theatrical work since 2000, and it placed sixth in English Touring Theatre's audience poll of the nation's favourite play. This upcoming revival is one of the hottest London theatre shows coming soon.

If you missed out on Jerusalem tickets when it first played in London, don't miss this much-anticipated revival at the Apollo Theatre, sure to be one of the theatrical events of 2022.

Jerusalem seat view photos show what view you will get for your money. Click 'book this seat' and we will search for availability for your chosen seat.

Earn double Rewards points by adding your Jerusalem seat view photo! Use your points for Theatre Tokens and Encore Tickets vouchers and get money off your next theatre trip.