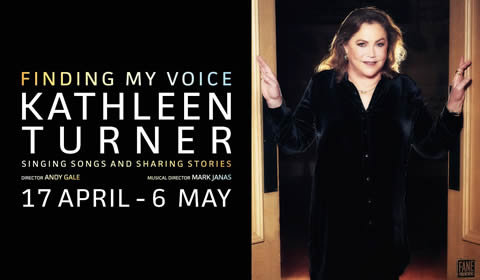 The Other Palace
2 seat views
Two-time Golden Globe Award-winning actress and Hollywood legend Kathleen Turner comes to the London stage with a brand new solo show that celebrates her astounding career. Finding My Voice is the intimate, jazzy cabaret evening that sees the beloved star take to the West End stage before embarking on a short UK tour.

Playing a limited season in at Andrew Lloyd Webber’s The Other Palace, Finding My Voice takes audiences on a remarkable behind-the-scenes journey of Kathleen Turner’s extensive and well-documented career. Peppered with songs from the great American songbook, Kathleen Turner croons hits including “Let’s Fall in Love”, “I’d Rather Be Sailing”, “On the Street Where You Live”, “Every Time We Say Goodbye”, showcasing her trademark husky voice.

Kathleen Turner is the two-time Tony Award-nominated actress, whose extensive Broadway credits include Cat on a Hot Tin Roof, The Graduate, Who’s Afraid of Virginia Woolf? and Bakersfield Mist. Turner is perhaps best known for her screen credits, which include a star turn in popular sitcom Friends, as well as voicing Jessica Rabbit. Film appearances include War of the Roses, Californication, Romancing the Stone and Prizzi’s Honor, the latter two earning her two Golden Globe Awards.

A one-off chance to see a Hollywood legend on stage, Finding My Voice marks Kathleen Turner’s exciting cabaret debut. The production plays at London’s The Other Palace for a strictly limited season, running from 17 April to 6 May 2018, with a gala night on 19 April 2018.

Special notice: Those who are familiar with the work of Kathleen Turner should take the opportunity to experience an intimate cabaret night with the star. A must-see for any theatre fan!

Kathleen Turner - Finding My Voice seat view photos show what view you will get for your money. Click 'book this seat' and we will search for availability for your chosen seat. 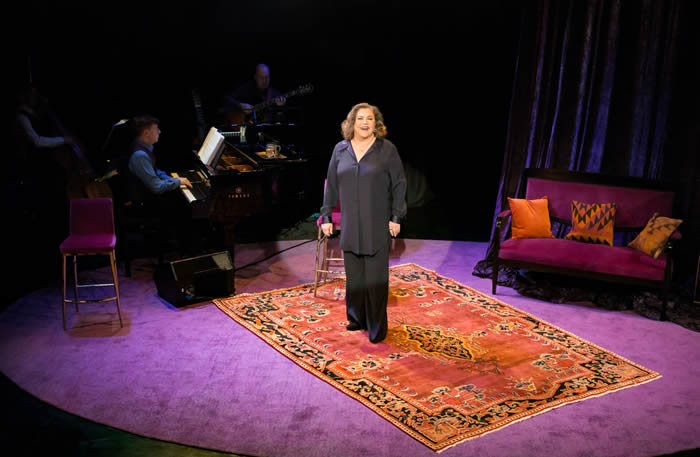 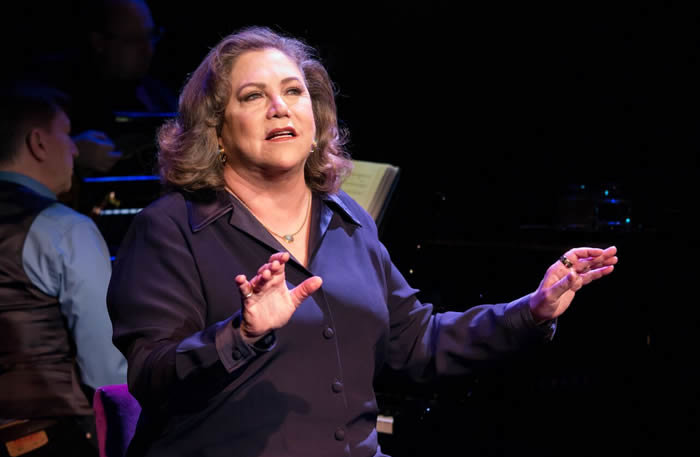 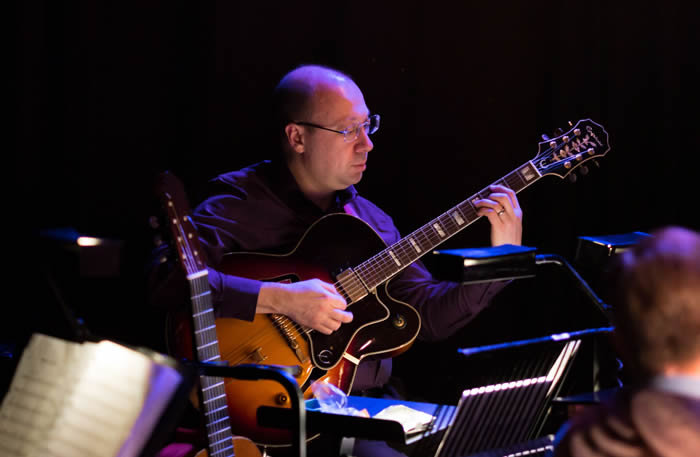 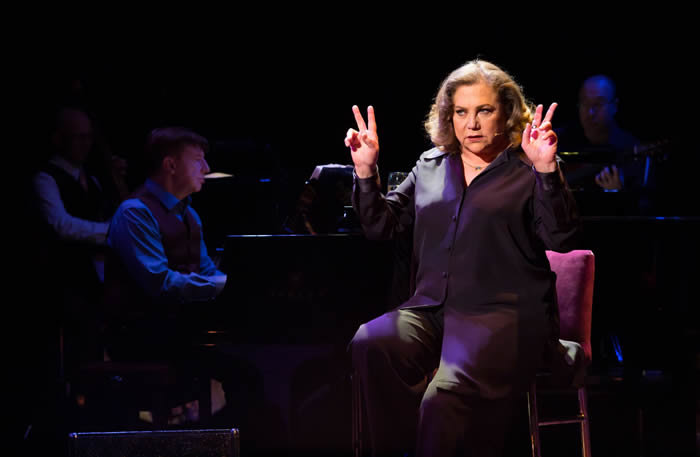 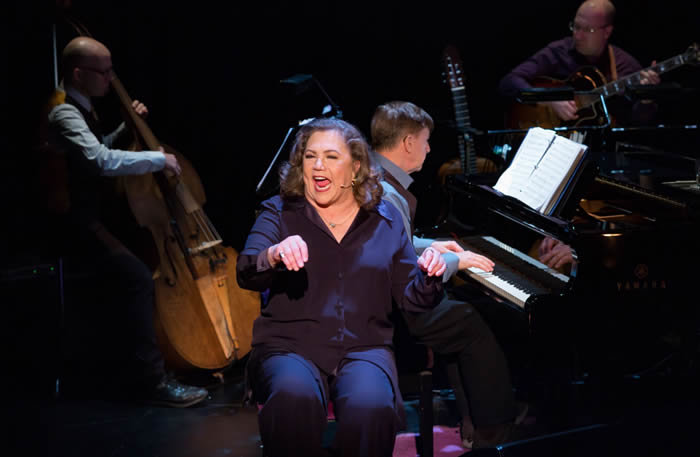 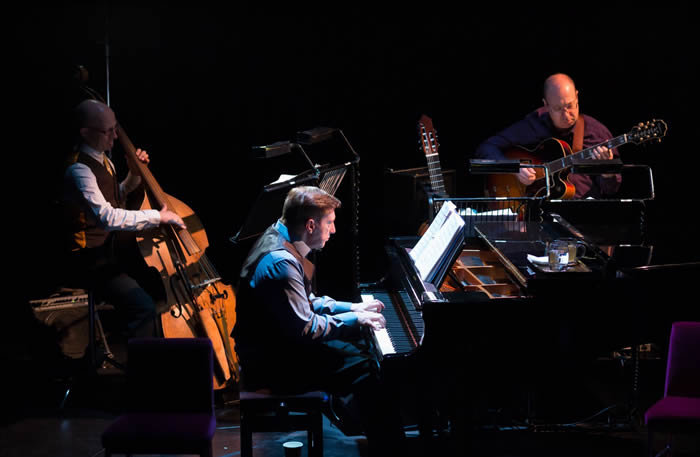 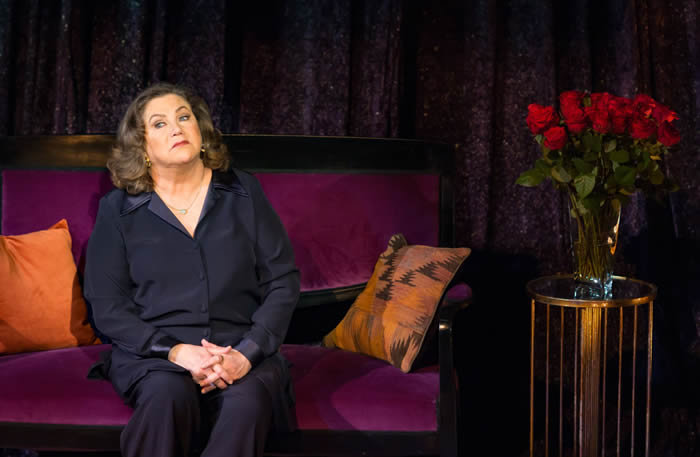 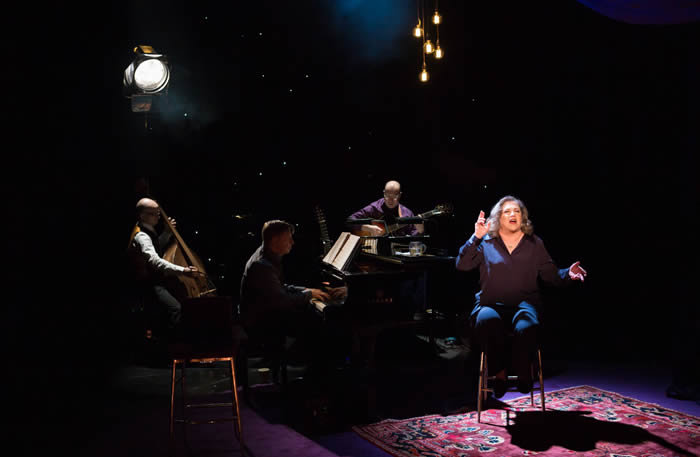