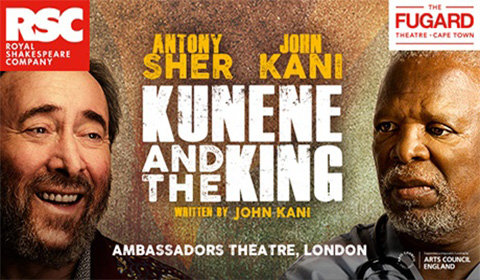 Kunene and the King tickets

Please note that remaining performances of Kunene and the King have been cancelled following government advice regarding coronavirus (COVID-19).

The end of apartheid in South Africa is commemorated in new play Kunene and the King, originally commissioned by the Royal Shakespeare Company and Cape Town’s Fugard Theatre. Starring Antony Sher and John Kani, this compelling two-hander about racism, friendship and freedom transfers to the Ambassadors Theatre.

Set in 2019, the play follows ageing white actor Jack Morris and live-in black nurse Lunga Kunene. Jack has recently been offered the towering part of King Lear, but a cancer diagnosis is threatening this role of a lifetime.

As the pair discover a shared passion for Shakespeare and Jack is forced to confront the legacy of racism in the country he calls home, Kunene and the King is a rich, affectionate and powerful play enhanced with on-stage music by Zimbabwean-British musician and vocalist, Anna Mudeka.

John Kani (Lunga) both writes and stars in Kunene and the King. An actor, writer and activist, Kani has appeared in Black Panther on the big screen and co-wrote anti-apartheid play Sizwe Banzi Is Dead, which also ran at the Ambassadors Theatre.

Antony Sher (Jack) is an Olivier Award winning actor with credits including King Lear, Death of a Salesman and Broken Glass.

Described by critics as “a remarkable and moving new play” (The Guardian), catch Kunene and the King at the Ambassadors Theatre from 24 January 2020.

Special notice: Fans of Antony Sher’s powerhouse performances as Falstaff and King Lear should secure tickets to his latest collaboration with the Royal Shakespeare Company.

The play is also perfect for anyone wanting to commemorate the end of apartheid and its on-going legacy.

Sorry this show closed 28 March 2020, we recommend these similar productions.

Kunene and the King seat view photos show what view you will get for your money. Unfortunately we do not have any seat views for this show. 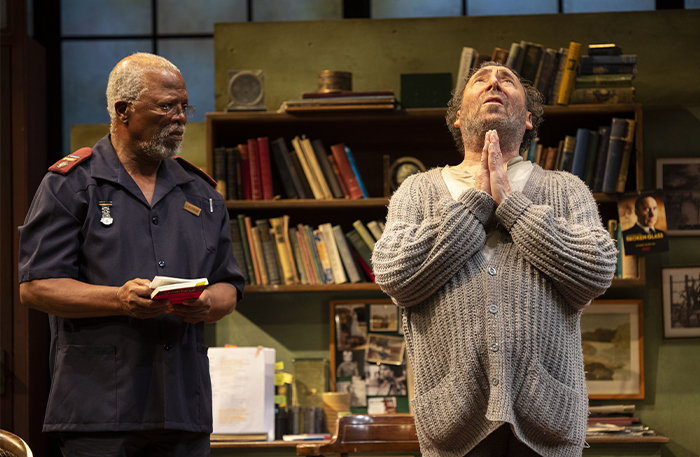 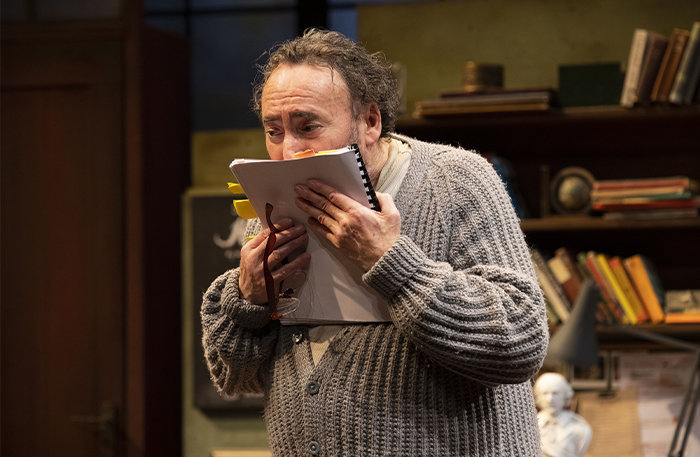 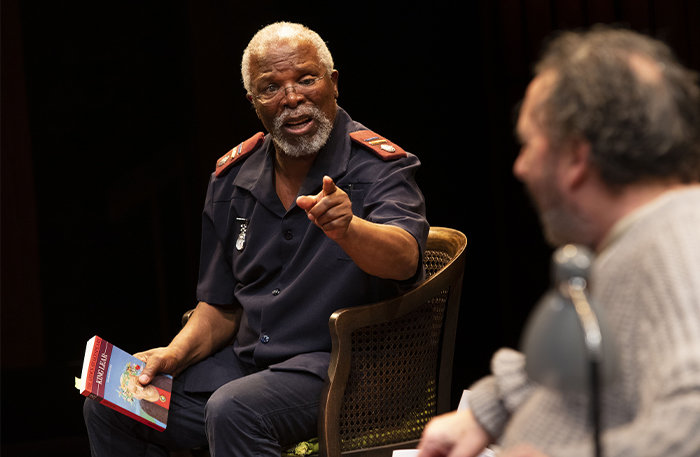 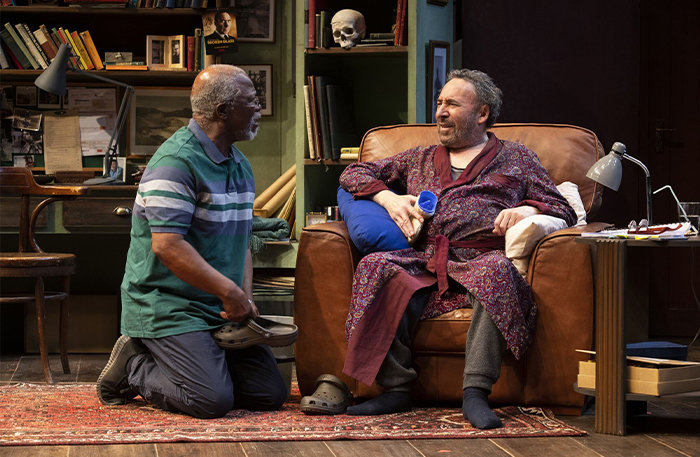 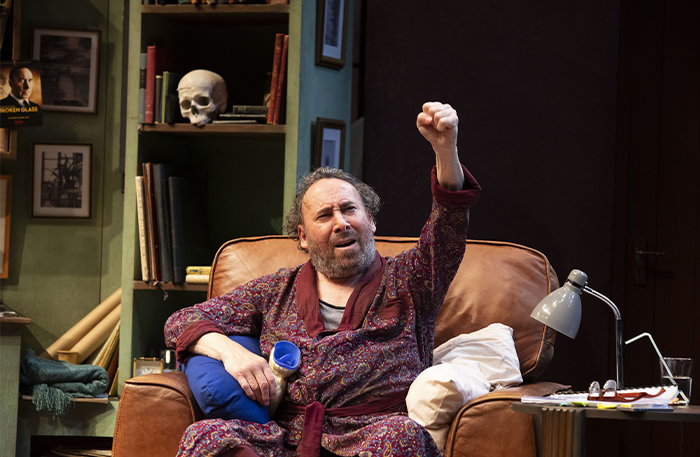 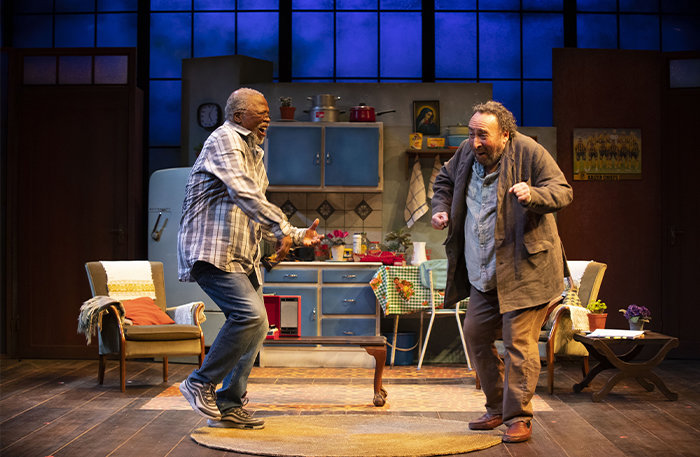 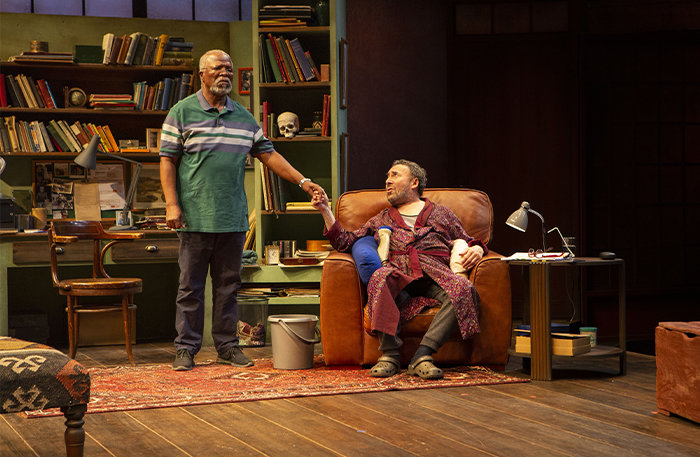 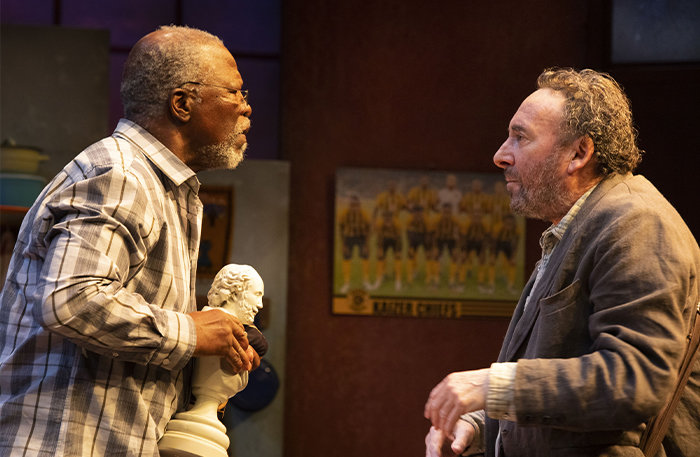 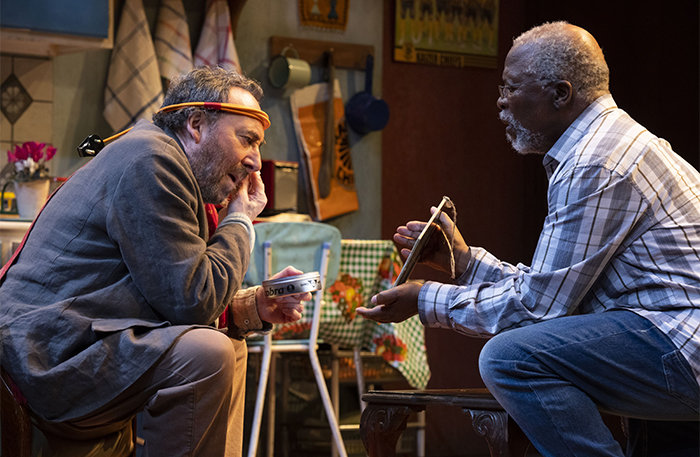