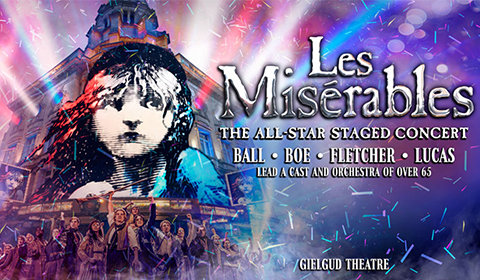 Les Misérables is set to become Master of a new House. While the Queen’s Theatre closes for refurbishment, the record-breaking show makes its home at the Gielgud Theatre for just 16 weeks. This fully-staged concert version stars a glittering line-up of throwback cast members, including Michael Ball, Alfie Boe, Carrie Hope Fletcher and Matt Lucas. Les Mis devotees take note: it runs from 10 August 2019.

The sweeping epic set against the Paris Uprising in the 19th century is the longest-running musical in the West End, having clocked up a grand total of 33 years. Based on Victor Hugo’s 1903 novel, the story was given the musical treatment by Claude-Michel Schönberg and Alain Boublil, with English lyrics by Herbert Kretzmer. The spectacularly staged concert version of the show was last seen in London at the Royal Albert Hall and the O2 Arena to mark the musical’s 10th and 25th anniversaries respectively.

Ball will play Inspector Javert during the limited run. 34 years ago, Ball became the UK's definitive Marius when Sir Cameron Mackintosh cast him in the musical's world premiere. The show opened at the Barbican and soon transferred to the Palace Theatre. Ball also performed in the 10th Anniversary Concert at the Royal Albert Hall in 1995. His huge back catalogue of theatre credits include The Phantom of the Opera, Hairspray and Sweeney Todd: The Demon Barber of Fleet Street.

Boe will reprise his role of escaped convict Jean Valjean. It's a part he has previously made his own at the Queen's Theatre as well as on Broadway and at the 25th Anniversary Concert at the O2 Arena. Among his notable credits are Baz Luhrmann’s La Bohème and the English National Opera’s Kismet, in which he shared a stage with Ball.

The role of Fantine will be performed by Carrie Hope Fletcher. Another Les Misérables alumnus, she previously played Éponine in the Queen's Theatre production (as well as at the Dubai Opera). She was most recently seen onstage as the star of Heathers: The Musical and in the UK tour of The War of the Worlds: Alive on Stage.

Matt Lucas will appear as Thénardier, a role he played to great comic effect at the O2 25th Anniversary Concert. He has also performed the role at the Queen’s Theatre, alongside Boe’s Jean Valjean. Aside from the theatre, the comedian/screenwriter/actor/singer is famous for a plethora of iconic television and film roles, including the BBC’s Little Britain and 2007 film The Wind in the Willows.

Katy Secombe will play Madame Thénardier. As well as having appeared in a multitude of television series, she was among the cast of the 2012 musical film of Les Misérables.

The roles of Eponine and Cosette will be played by X-Factor's Shan Ako and newcomer Lily Kerhoas, respectively.

Rob Houchen and Bradley Jaden have also been announced. Houchen previously played Marius in the West End, while Jaden has stepped into the shoes of Jean Valjean, Enjolras and Javert.

They will head up a large cast and an orchestra of over 65 musicians, conjuring a vast theatrical spectacle. Further casting news is on its way.

The current original London production will play at the Queen’s Theatre until 13 July 2019, at which point the venue will close for backstage and auditorium rebuilding work. The restored Queen’s Theatre will be unveiled in December 2019 and a new production of Les Misérables will begin.

At the End of the Day, this is a unique chance to see a legendary cast in the phenomenal concert version of Les Misérables. Hear the People Sing from 10 August to 30 November 2019.

Special notice: Any true devotee of Les Misérables will want to nab themselves a ticket to this uniquely spectacular event. It's a chance to see legendary past cast members return to their roles and to see Michael Ball try on Javert's boots for size. Vive la révolution!

Sorry this show closed 30 November 2019, we recommend these similar productions. 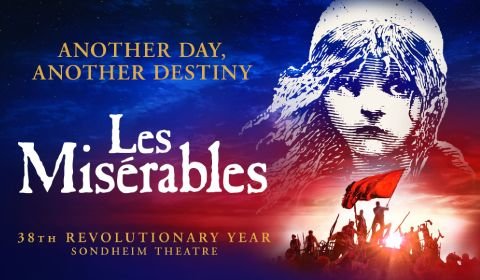 Les Misérables - All-Star Staged Concert 2019 seat view photos show what view you will get for your money. Unfortunately we do not have any seat views for this show.

Amazing anniversary concert. I’ve seen Les Mis about 10 times probably but this was one of the be... More

Amazing anniversary concert. I’ve seen Les Mis about 10 times probably but this was one of the best performances of it. Great cast including Michael Ball, John Owen-Jones (on this night- Alfie Boe is on alternately), Matt Lucas, and Carrie Hope Fletcher. Beautiful voices and very emotional. Felt really special.

Brilliant show, brilliant singing, although I didn't feel as emotionally involved as I normally d... More

Brilliant show, brilliant singing, although I didn't feel as emotionally involved as I normally do when the show is acted out (I didn't cry this time!) - shame I couldn't see the orchestra though due to the overhang.

That was the best thing that I have EVER seen. It was about as operatic as it could be and I was... More

That was the best thing that I have EVER seen. It was about as operatic as it could be and I was crying happy and sad tears throughout he show. I still couldn't believe how amazing it was. All of the cast were incredible and blew me away but Alfie Boe was insane - after he sung Bring Him Home me and about 10 other people stood up and cheered. Was the first time I've seen him live OMG!

Just amazing. Alfie Boe and Michael Ball were just incredible as the two leading men and made me... More

Just amazing. Alfie Boe and Michael Ball were just incredible as the two leading men and made me cry on multiple occasions! Carrie Hope Fletcher was phenomenal as Fantine and Matt Lucas and Katy Secombe really provided the comic relief in what is a very hard hitting and, at times, depressing storyline. Les Mis is a classic and the staged concert was not a disappointment. 5* all round! :)

Amazing! Performers were usually central and as it was a concert version as long as you could see... More

Amazing! Performers were usually central and as it was a concert version as long as you could see them there was little action so brilliant for the Grand Circle! Musicians were phenomenal and the cast were well applauded after every song - the applause and cheering at the end were well deserved (at least 5 mins!) and every person was on their feet - a real treat of a show!

Wow, just wow. People can say what they want, but Alfie returning to the role of Valjean, Michael... More

Wow, just wow. People can say what they want, but Alfie returning to the role of Valjean, Michael Ball as a terrifyingly emotional Javert and Carrie Hope Fletcher in the role of a lifetime make this production a once in a lifetime experience. 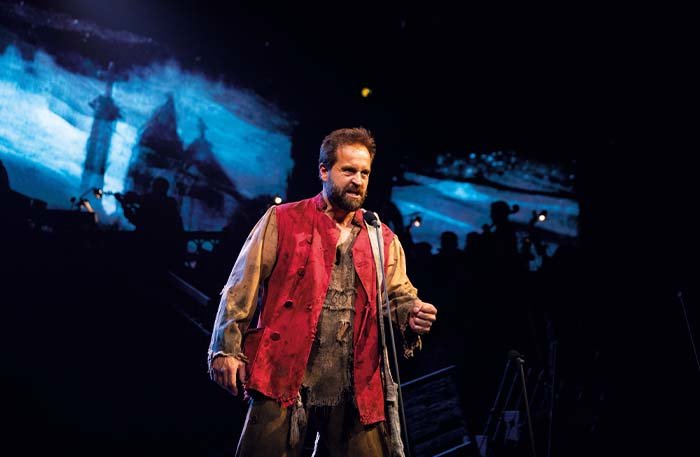 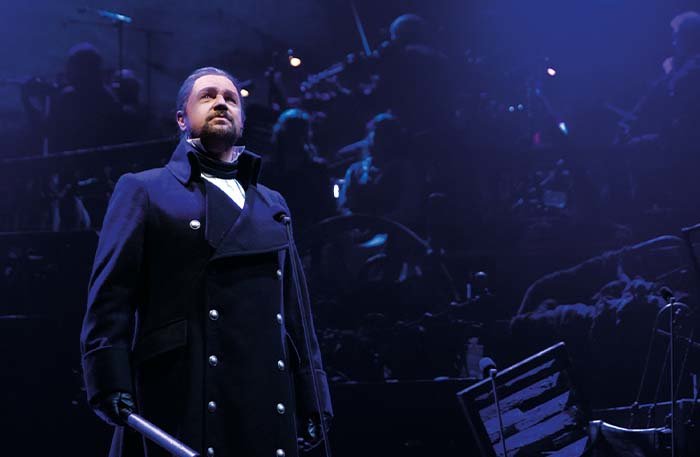 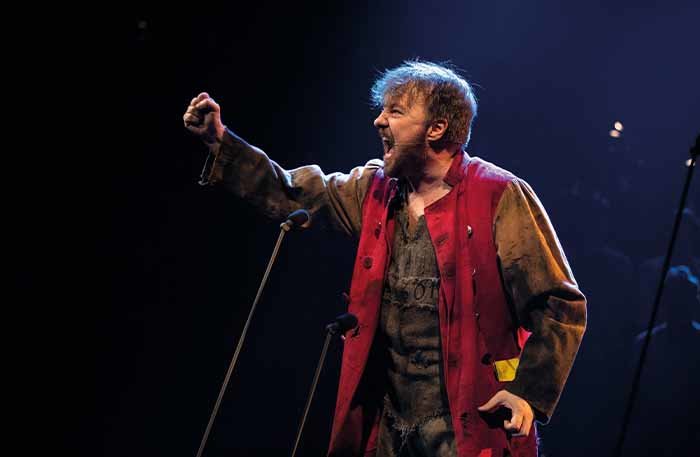 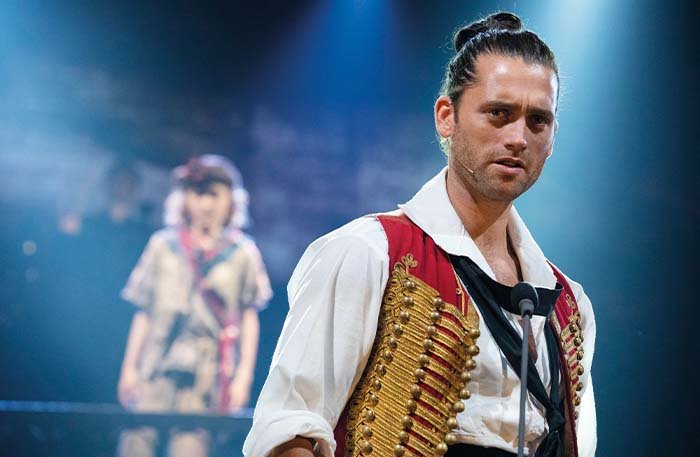 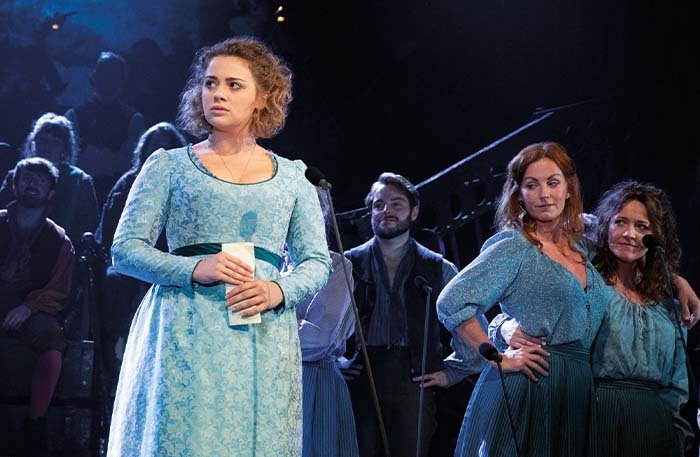 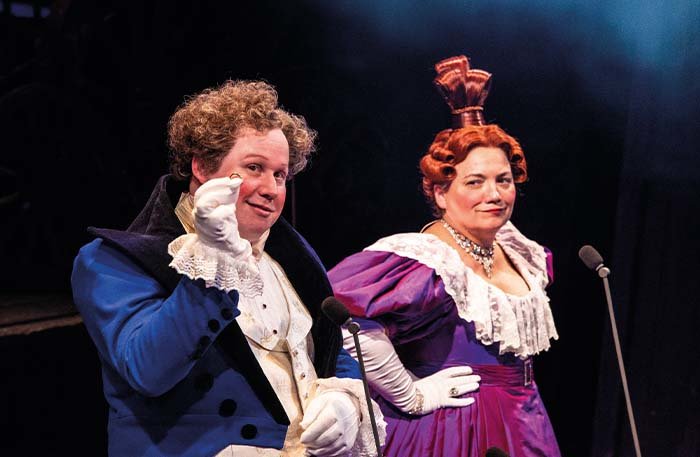 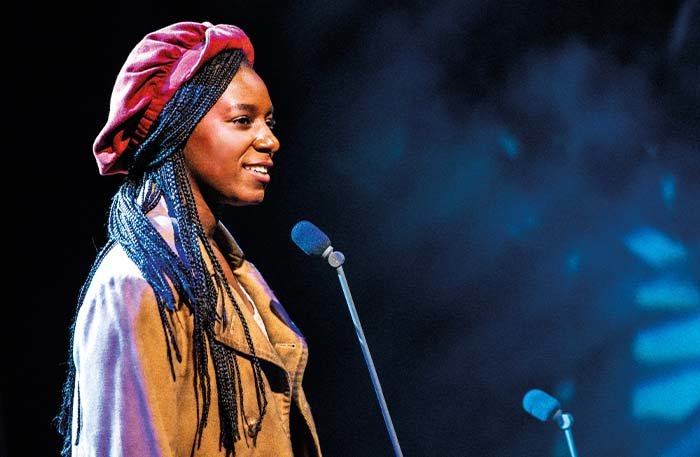 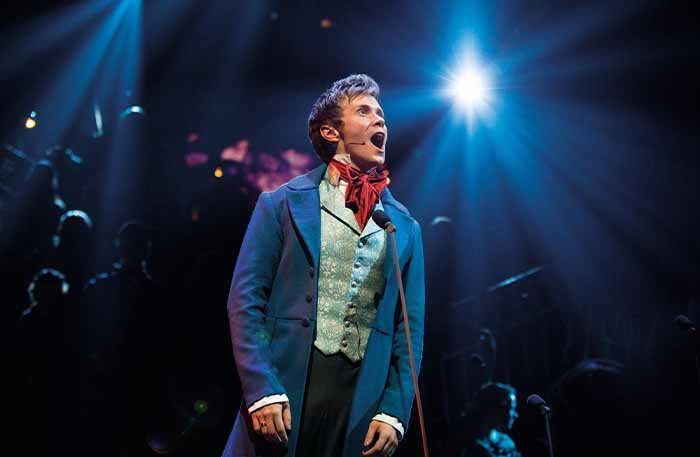 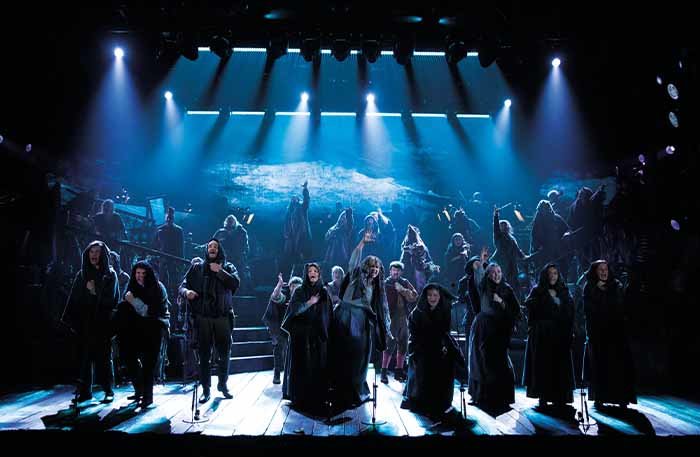