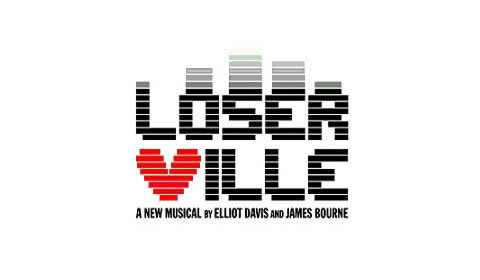 Garrick Theatre
4 seat views
Loserville is created by Elliot Davis and James Bourne and is inspired by the Son of Dork album ‘Welcome to Loserville’. Son of Dork and Busted star Bourne originally created the musical along with Davis for Youth Music Theatre UK in 2009. The production then opened at West Yorkshire Playhouse in summer 2012 and now transfers to the Garrick Theatre.

Set in the town of Loserville in 1971, we meet Michael Dork, a senior in his final year of High School who is keen to change the world one computer programme at a time. He works at Arch Industries, a company owned by the father of school jock and general all-round douchebag Eddie Arch. Michael is in the midst of developing a method to allow computers to communicate with each other, aided by best friend and wannabe Sci-Fi novelist Lucas. Holly, the new girl in town and aspiring astronaut, joins the boys in their academic venture, soon sparking a rivalry between the pair for Holly’s affections. Meanwhile Eddie’s dreams of living the easy life at his dad’s company are shattered. He vows to use any means possible to get what he wants - even if that means blackmail, double-crossing and fraud.

Christopher Hardman, otherwise known as Lil’ Chris, plays Francis in the production. Lil’ Chris first shot to fame appearing in series two of Channel 4’s Rock School, which later led to him being chosen as the frontman for the band Hoax UK. The cast also features Eliza Hope Bennett as Holly, who first wowed West End audiences at the age of nine playing Jemima Potts in the London Palladium’s production of Chitty Chitty Bang Bang.

Special notice: The young cast and electric soundtrack will appeal to all ages, especially those who are a fan of the teen pop-rock and Glee and High School Musical.

Sorry this show closed 02 March 2013, we recommend these similar productions.

SeatPlan Recommends: The Stalls have notoriously bad sightlines in seats behind pillars, but the Dress Circle offers great views.