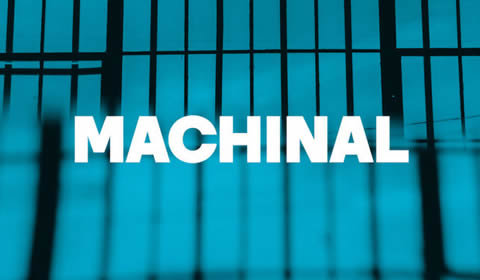 Almeida Theatre
8 seat views
On 12 January, 1928 Ruth Snyder was executed for murder. The housewife had taken a lover who assisted her with the plan to kill her husband, and it took eight attempts before they succeeded. They tried to frame the killing as a burglary gone wrong, but Snyder’s inconsistencies triggered suspicion in the investigating police officers. The couple were quickly tried and sentenced to death, with Snyder’s electric chair execution making front page headlines the next day.

Snyder’s case was the inspiration for Sophie Treadwell’s expressionistic play Machinal, a play that premiered the same year Snyder was executed by the state. The premiere received mixed reviews, but it has continued to be revived regularly around the world with much success.

Playwright Sophie Treadwell made a living as a journalist, writing numerous books and plays in addition. Machinal is her most well-known play, and conveys the feminist ideologies that she valued as a Suffragette. Seven of her plays were produced on Broadway during her lifetime, though her work was largely forgotten for several decades, until a prominent revival of Machinal in 1990.

Regarded as a seminal work of American theatre, Machinal was only considered as such well after it was written. This striking, powerful play was no doubt ahead of its time, and remains relevant today. This Almeida Theatre production runs from 4 June 2018 to 21 July 2018, with a press night on 11 June 2018.

Running time: 80 minutes (without an interval)

Special notice: This is a popular play that invites creative interpretations and staging, and its story of a woman trapped in an unfulfilling life resonates within the #MeToo movement today. Those interested in feminism and American theatre will want to see this production.

Machinal seat view photos show what view you will get for your money. Click 'book this seat' and we will search for availability for your chosen seat.