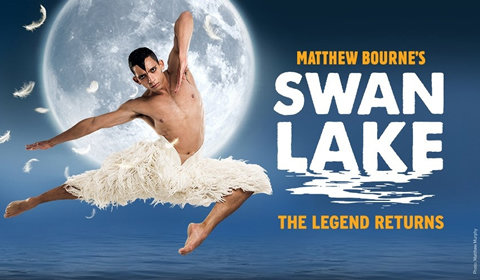 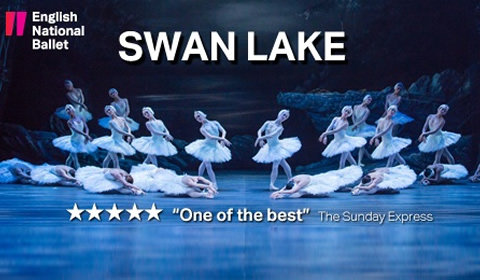 Did you mean to search for English National Ballet's Swan Lake at London Coliseum in January 2019? If so, click here for tickets.

Ground-breaking choreographer Sir Matthew Bourne returns to London with his acclaimed company New Adventures, and their legendary production of Swan Lake. Playing limited performances over the festive season at Sadler’s Wells, the classic ballet is updated for the 21st century, and previously ran at the West End venue in 2014.

Known for replacing the traditional female corps-de-ballet with a troupe of men, Bourne’s Swan Lake is a dark and threatening take on the version Tchaikovsky premiered in 1877. Originally opening in the West End in 1996 at Sadler’s Wells, the production has received over 30 awards across the globe, including the Olivier Award for Best New Dance Production and Tony Awards for Best Choreography, Best Director of Music and Best Costume Design.

A thrilling and emotional re-imagining of the much-loved ballet, Swan Lake is the heart-breaking, romantic story of swans, Princes and evil magic. Can true love overcome powerful dark magic and break a binding curse?

Swan Lake is created by acclaimed choreographer Matthew Bourne, who was awarded a knighthood in 2016 for his extensive career in dance that spans over 30 years. After training as a dancer and working professionally for 14 years, he began creating his own work and founded New Adventures in 2002. Working across stage and screen, other award-winning shows include The Red Shoes, Cinderella and The Car Man.

The production features design by Lez Brotherston and lighting design by Paule Constable. Playing for a strictly limited season, Bourne’s iconic interpretation of the celebrated Swan Lake plays at Sadler’s Wells from 4 December 2018 to 27 January 2019.

Special notice: Ballet and dance fans who haven’t already seen this show won’t want to miss the opportunity to catch it. Fans of Bourne’s work certainly won’t want to pass over the chance to see it again. This production serves as an excellent introduction to those who may be less familiar with dance.

Sorry this show closed 27 January 2019, we recommend these similar productions.

Matthew Bourne's Swan Lake seat view photos show what view you will get for your money. Unfortunately we do not have any seat views for this show.