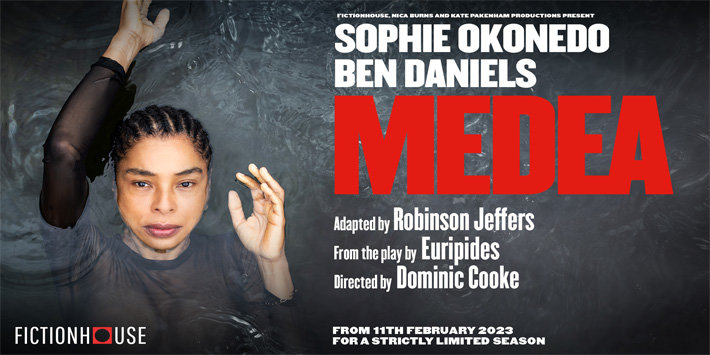 An unflinching tale of revenge

Stage and screen star Sophie Okonedo stars as one of Greek mythology’s most towering female figures in the compelling, rage-fuelled Medea at Soho Place Theatre.

Visceral and terrifying, Medea is the story of a woman’s desire for revenge after betrayal. Struck by heartbreak and humiliation, Medea plots against her ex-husband Jason and his new lover and will stop at nothing to see them suffer.

This rich psychological tragedy is a mesmerising, foreboding story that has fascinated and appalled audiences for generations. Medea tickets promise a theatrical experience that will keep you on the edge of your seat until its final, shocking moments.

Medea seat view photos show what view you will get for your money. Our users will start adding seat views when the show opens.