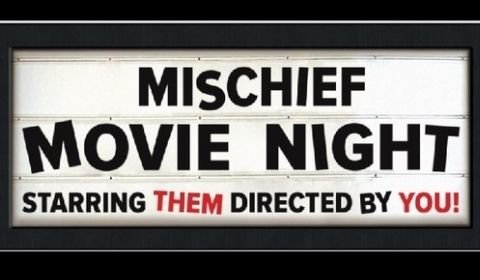 In this hilarious improvised show, the Mischief team transform into the cast and crew of a brand new motion picture directed by the audience. Taking suggestions for a genre, location and title, they devise a never-before-seen film each night complete with live score, rewinds and more laughs than a blooper reel.

The Mischief Theatre team have charmed and delighted audiences since 2008 with shows including the multi-award winning farce The Play That Goes Wrong and Penn & Teller collaboration Magic Goes Wrong.

Get your clapper boards at the ready: Mischief Movie Night at the Vaudeville Theatre is a hilarious blockbuster that will have audiences begging for a sequel. It opens for a limited COVID secure run on 9 December.

Special notice: Fans of The Play That Goes Wrong will want to secure tickets for Mischief Movie Night. The show is also a great option for anyone missing similar genre-mashing favourites Showstopper! The Improvised Musical and Austentatious.

Sorry this show closed 31 January 2021, we recommend these similar productions. 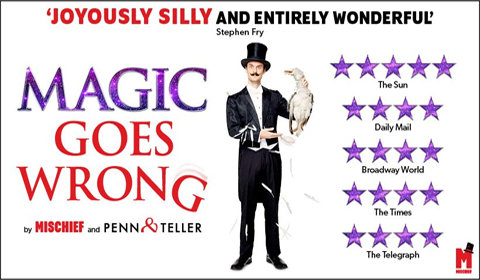 Mischief Movie Night seat view photos show what view you will get for your money. Click 'book this seat' and we will search for availability for your chosen seat.