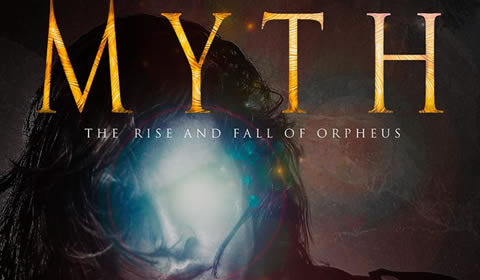 The Other Palace
9 seat views
In summer 2016, Sam Cassidy’s brand-new rock musical 27 ran at the Cockpit Theatre in Marylebone to mixed reviews. Now, after increasing buzz, the British musical returns to London in a revamped, reworked semi-staged production at The Other Palace, under the title of Myth: The Rise and Fall of Orpheus.

Myth is the updated Ancient Greek story of Orpheus and the underworld, catapulted into the modern-day music industry. Addiction and mental illness has taken the lives of some of our most brilliant young musicians: Jimi Hendrix, Amy Winehouse, Janis Joplin are just a sample.

Sam Cassidy, writer of the book, music and lyrics, focuses on these issues and their parallels to the Ancient Greek myth. The book has been revised and songs added for this workshop production, which takes place in a concert-style, featuring a 6-piece band.

Arlene Phillips directs, with multiple theatre credits including Saturday Night Fever and international productions of Starlight Express, Joseph and Jesus Christ Superstar. The Other Palace, newly taken over by Andrew Lloyd Webber, is committed to developing new British musical theatre through a range of initiatives, including staging workshop performances.

Running at the London venue for just a week, from 10 March to 17 March 2018, this is a fantastic opportunity to catch British musical theatre development in action. Guaranteed to rock you to your very core, Myth promises to have audiences laughing and crying in equal measures.

Sorry this show closed 17 March 2018, we recommend these similar productions.

Myth seat view photos show what view you will get for your money. Unfortunately we do not have any seat views for this show.