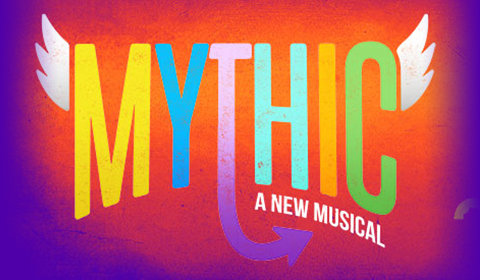 Charing Cross Theatre
36 seat views
Mother and daughter relationships are far from easy, particularly in the teen years. It’s even worse for mum if that daughter is a Greek goddess and her rebellion involves dabbling in the hellscape of the Underworld. Brand new musical Mythic arrives at London's Charing Cross Theatre, bringing plenty of magic.

Young Persephone wants to forge her own path through life, but her mother Demeter has some huge expectations of her daughter. Persephone runs out of luck when she finds herself trapped in Hades with those who are much bigger and badder than herself. The Gods are all musicians, celebrates and politicians in this update of the classical myth.

Marcus Stevens and Oran Eldor are the writers of this new musical. Stevens (book and lyrics) is an actor, writer and director from America with a range of New York and regional credits to his name. Eldor is an Israeli composer who was worked for Sesame Street and has composed the music for stage musicals Damascus Square and Sex Today Love Tomorrow. Sarah O’Gleby directs and choreographs. She most recently choreographed the 2018 Tony Awards and Disney’s Frozen.

This is the world premiere of this American musical set firmly in the present yet inspired by the past, at the Charing Cross Theatre for a strictly limited run. The uplifting story about teenagers finding themselves is written as a musical comedy with plenty of pop-rock songs that capture the ups and downs of growing up. The musical runs from 1 October to 15 December 2018.

Special notice: Audiences who want to see the newest of new musical theatre will do well to see this latest American import by an impressive creative team.

Sorry this show closed 15 December 2018, we recommend these similar productions.

Mythic seat view photos show what view you will get for your money. Unfortunately we do not have any seat views for this show.