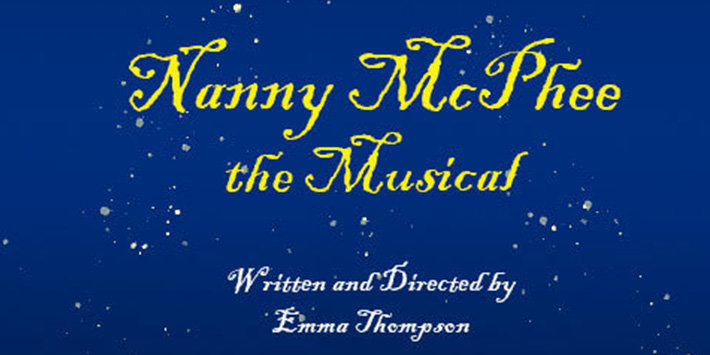 Manners, discipline and a touch of magic! These are the ingredients for raising well-behaved children according to Nanny McPhee. Emma Thompson, the star of the films that made the magical nanny a global phenomenon, writes and directs this stage adaptation, with music by Scottish singer-songwriter Gary Clark. Thompson herself has stated in the New Yorker that she hopes Nanny McPhee the Musical will premiere in London in 2023.

The film, based on well-loved children’s book Nurse Matilda, tells the story of the incredibly naughty Brown children and their widower father, who can no longer handle them. One stormy night they are visited by the hideous Nanny McPhee, whose peculiar, magical ways transform the behaviour of the children and the lives of the whole family.

Workshops have been held to develop the show, but no casting has been announced. The film’s all-star cast included Thompson herself as the titular Nanny and Colin Firth as Mr Brown, as well as stage and screen legends Imelda Staunton, Sir Derek Jacoby, Angela Lansbury and Adam Godley.

Exact details are not yet available, but with the talent of Emma Thompson driving the production, Nanny McPhee will no doubt be a hit when she arrives to enchant West End audiences with her famous magic stick.

Special notice: Like the film, Nanny McPhee the Musical will delight entire families and make for a perfect school holiday treat. Young adults who remember watching the film as children will enjoy watching their childhood memories brought to life on stage.