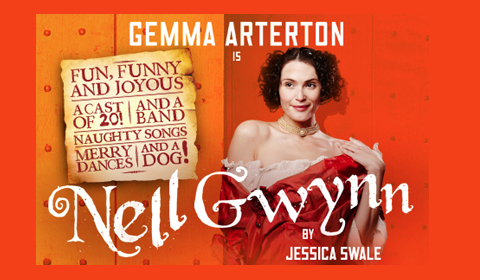 Set in the heart of London in 1660 and based on the true story of Nell Gwynn, Swale charts Nell’s journey from lowly orange seller to fully-fledged actress and formal mistress to Charles II. At a time when only men were allowed onstage, Nell revolutionises theatre after being trained to become an actress by Charles Hart. Being the first woman to appear onstage, she becomes London’s favourite attraction and soon catches the eye of the King. Before long, Nell is catapulted into a world of grandeur, romance and fame. Full of bawdy songs and dances, as well as plenty of hilarious innuendo, Nell Gwynn is an absolute delight for audiences.

Gemma Arterton stars as the charming and raucous Nell, taking over from Gugu Mbatha-Raw, who impressed audiences at the Globe and earned herself a nomination for Best Actress in the Evening Standard Theatre Awards. Arterton has gone on to master the role, receiving five star reviews from critics across the board. After training at RADA, Arterton is well-known for her extensive film and television credits, including Quantum of Solace, St Trinians, Tamara Drewe and Gemma Bovery. Most recently, she appeared in the West End musical Made in Dagenham.

Special notice: Fans of the Shakespeare’s Globe production will enjoy the transition to the Apollo Theatre, with Gemma Arterton bringing a new verve to the role. Those who enjoy laugh-out-loud comedies will be enthralled by this production. 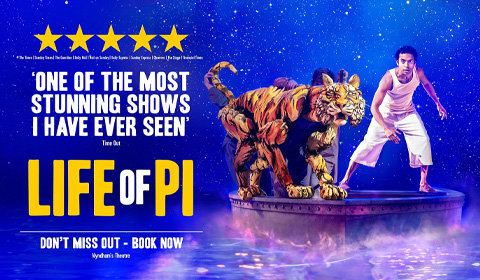 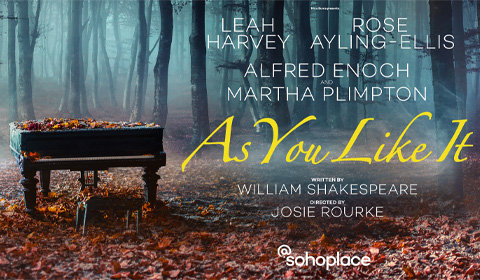 SeatPlan Recommends: The Apollo is an intimate theatre and offers good views across the board. Be sure to sit in the front of the Stalls for the best view of the play and for some fun audience interaction.

l enjoy the show and the history, the actors were very good and the set is beautiful.

The show was incredible. Gemma Arterton was sitting on stage right by me, was an amazing cast. The set... More

The show was incredible. Gemma Arterton was sitting on stage right by me, was an amazing cast. The set was great.

I loved Gemma Arterton's performance in this play. I thought it was excellent, with great pace, humour... More

I loved Gemma Arterton's performance in this play. I thought it was excellent, with great pace, humour and pathos.

The show was amazing. The cast was brilliant. The sets were cool.