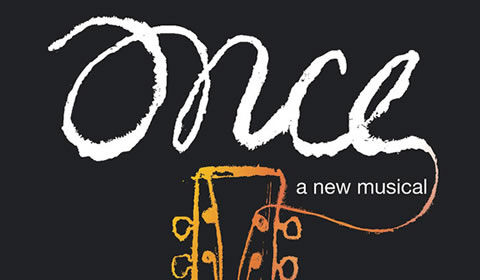 Phoenix Theatre
56 seat views
Once the Musical premiered Off-Broadway in New York, going on to sell out theatres on Broadway, in Dublin, at London’s Phoenix Theatre and now across the world as it embarks on a worldwide tour.

Winning an incredible eight Tony Awards and two Oliver Awards, there is no denying the success of Once the Musical, which has wowed audiences and critics alike. Once is based on the true life love story of Glen Hansard and Markéta Irglová, which John Carney adapted into a film starring the two. The film was hugely successful, winning an Oscar for Best Original Song. The story was then adapted for the stage by Enda Walsh and John Tiffany.

Set in Dublin, Once tells the tale of a “Guy” and a “Girl.” Guy is using his recent break up to fuel his music when he meets Girl, a single young Czech mother who needs her hoover fixed. With the power of music, not only does Guy fix Girl’s hoover, they also manage to fix each other. When Girl discovers Guy’s dream of recording an album and taking his music to New York, the pair embark upon a journey to make this happen, swinging in and out of the bar, the bank and the recording studio with the help of a few friends along the way. Things become slightly complicated as Girl introduces Guy to her daughter. Despite their broken hearts, the pair seem to fall for one another.

Once is both funny and amusing with an array of incredibly moving musical numbers largely written by the real life couple that inspired the show. Musical highlights include songs ‘If You Want Me’ ,’Say It to Me Now’, ‘Gold’, ‘When Your Mind’s Made Up’ and of course the show’s signature song ‘Falling Slowly’.

Special notice: Fans of a folk music will love this show for its incredible on stage band and beautifully written music. Those who enjoy shows such as The Commitments will enjoy this musically enamoured production.

Sorry this show closed 20 March 2015, we recommend these similar productions.

SeatPlan Recommends: Once has an onstage bar that can be used before the show and during the interval. To have access to this bar, you will need to book a ticket in the Stalls.