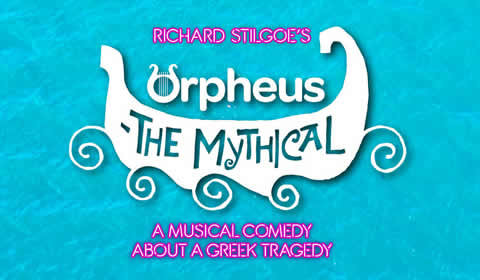 The Other Palace
1 seat views
Orpheus is on a mission, but every step of the way he runs into some bored Greek god or another, and his satnav keeps playing up. He just wants to get home after helping the Argonauts steal the Golden Fleece, but has to side track to the Underworld to confront Hades rescue his wife Eurydice.

Orpheus – The Mythical is a fitting show to be performed by the young residents of the Orpheus Centre, which celebrates its 20th birthday this year. Founded by Sir Richard Stilgoe to provide an arts-based programme of study for young adults with physical and learning difficulties, the residential centre aims to provide its 18 to 25-year olds with greater independence.

The musical comedy features a book and lyrics by Richard Stilgoe, who is well-known for his extensive career on stage and in film and television. Stilgoe is known for collaborating with Andrew Lloyd Webber on musical theatre successes including Cats, Starlight Express and The Phantom of the Opera.

Katie Beard directs, with her work spanning across schools, drama colleges, the West End and regional theatre, as well as work with the National Youth Music Theatre.

With only nine performances of the musical, featuring a diverse cast, it is a great way to support young people in the arts as well as new musical theatre. Orpheus – The Mythical plays a strictly limited run at London’s The Other Palace, which is dedicated to housing new and rarely-performed musicals. The production runs at the venue from 23 March to 31 March 2018.

Special notice: Advocates of youth arts, new musical theatre fans and those looking to see the potential for change that theatre has won’t want to miss this.

Sorry this show closed 31 March 2018, we recommend these similar productions.

Orpheus - The Mythical seat view photos show what view you will get for your money. Unfortunately we do not have any seat views for this show.