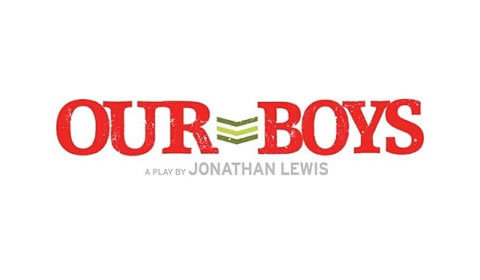 Duchess Theatre
0 seat views
Arthur Darvill, Matthew Lewis and Laurence Fox star in Jonathan Lewis’ wonderfully funny but brutally honest new play Our Boys, opening at London’s Duchess Theatre. Our Boys originally opened at Cockpit Theatre in 1993, before transferring to the Donmar Warehouse where it played until 1995. Earning the Best Fringe Play at the Writer’s Guild Awards, Our Boys follows a group of young soldiers as they recover from various injuries incurred on the line of duty.

Based on Lewis’ own military experience, the play follows five soldiers as they spend time in the hospital killing nothing but time as they wait to recover from injuries. Set in 1984, the boys are in Ward 9, Bay 4 of the Queen Elizabeth Military Hospital and are subjected to a daily dose of TV, lonely hearts and hilarious banter. But when a young officer arrives, the camaraderie is shattered and things take a much darker turn.

Featuring a star-studded cast, Our Boys includes Cian Barry (New Tricks, Waking the Dead, Shameless) as Keith, Arthur Darvill (Broadchurch, Doctor Who) as Parry, Laurence Fox (Lewis) as Joe, Jolyon Coy as POM (The Hollow Crown), Matthew Lewis (Harry Potter, The Syndicate) as Mick and Lewis Reeves as Ian. Fox was last seen on the West End in Treats at the Garrick Theatre, whilst Darvill most recently appeared in Doctor Faustus at Shakespeare’s Globe, and was also part of the original Broadway cast of Once. Coy has just appeared in Posh at the Duke of York’s Theatre.

Directed by David Grindley, who is best-known for the award-winning Journey’s End on Broadway, Our Boys features design by Jonathan Fensom, lighting design by Jason Taylor and sound design by Gregory Clarke. A hugely funny and impressively truthful production, Lewis’ Our Boys is the explosively relevant new play that is fuelled by anger at the neglect of our wounded war heroes.

Special notice: Due to adult language, Our Boys is recommended for those aged 12 and up. Fans of comedies will enjoy the humorous side to this play. A perfect play that remains relevant for audiences today.

Sorry this show closed 15 December 2012, we recommend these similar productions.

SeatPlan Recommends: Seats at the Duchess Theatre offer generally good views, with the best option being to sit central due to some restrictions towards the ends of rows. Sit in the middle of the Stalls for the best overall view of the stage.

Nobody has added a seat view photo for Our Boys at Duchess Theatre yet, please be the first to share your experience.
Your basket is empty.