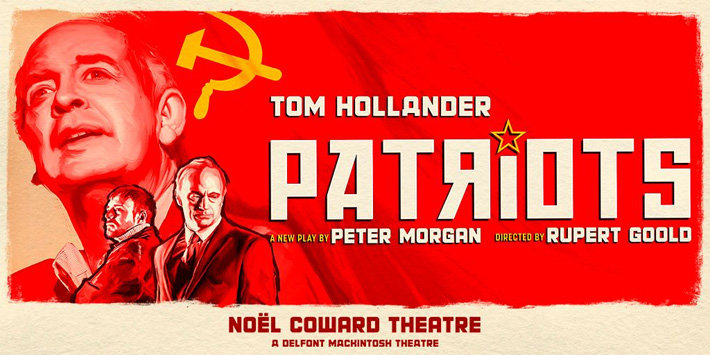 The kingmakers that transformed Russia

It’s 1991, and the Soviet Union has fallen. A new Russia beckons and in the scramble for power anyone’s fortunes can change on a whim. As oligarchs fight to gain control, one figure emerges from the crowd: Boris Berezovsky. Over the next decade, this powerful kingmaker will begin as the President’s right hand man and a staunch patriot, and end as a traitor and public enemy.

The Crown creator Peter Morgan’s Patriots play premiered at the Almeida Theatre in 2022, where it earned five star reviews and thrilled audiences with its timely, edge-of-your-seat political tale. It is directed by Rupert Goold (Ink; Enron).

Enter a brave new world of ambition, politics and betrayal with Patriots West End tickets. This thrilling and relevant show is at the Noël Coward Theatre in 2023.

Patriots seat view photos show what view you will get for your money. Our users will start adding seat views when the show opens.