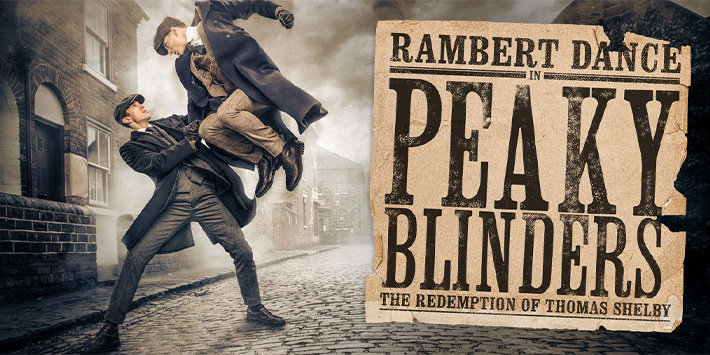 The Redemption of Thomas Shelby is a unique new dance-theatre production opening in the midst of World War I and taking audiences to the streets of post-war Birmingham. Inspired by the romance between gang leader Tommy and mysterious undercover agent Grace, the family drama and power struggles from the television series are transformed into a startling, unmissable stage experience.

As the story of Tommy, Arthur and Polly airs its final scenes this year, avid viewers need not wait for the much-rumoured film to enjoy more of Birmingham’s most famous family. Book Peaky Blinders: The Redemption of Thomas Shelby tickets and be transported into a thrilling world of betrayal, crime, and incredible visual storytelling.

Peaky Blinders: The Redemption of Thomas Shelby seat view photos show what view you will get for your money. Our users will start adding seat views when the show opens.