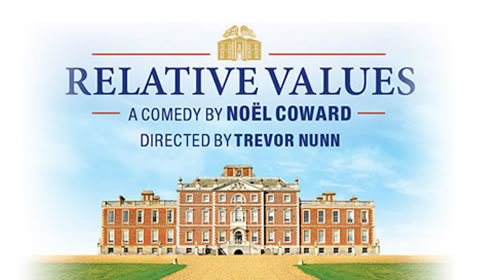 A 1950’s comedy from the legendary Noel Coward, Relative Values is a societal commentary of cross cultures clashing in the most hilarious of ways. At the stiff upper-lipped Marshwood House, there is concern when the young Earl Nigel announces that he will marry a Hollywood film actress. But the family are truly flummoxed when it is revealed that the young starlet’s sister is Moxie, the Earl’s mother’s lowly maid! Deciding to take matters into her own hands, the Countess decides that she must devise a way to stop the marriage to someone of such an undesirable class.

Special notice: Fans of Noel Coward comedies will find another smash-hit here! Suitable for those who enjoy comedies such as Private Lives. This is also a great opportunity to see some well-known actors on stage!

Sorry this show closed 21 June 2014, we recommend these similar productions.

SeatPlan Recommends: Seats at the Harold Pinter Theatre offer generally excellent views, with some bargain seats to be found towards the ends of rows. Seats offering the best views can be found in the mid-front of the Stalls, but do go for the higher tiers if you want to see the play on a budget. Be aware that there are some restrictive pillars dotted throughout the auditorium!