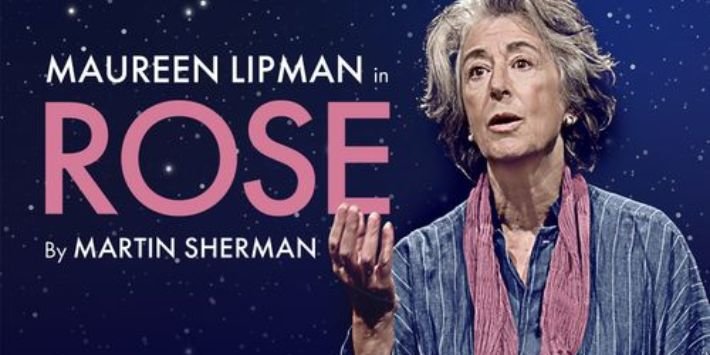 A powerful, tender one woman play

Olivier Award winner Maureen Lipman stars in a five-star revival of one woman play Rose at the Ambassadors Theatre. This Park Theatre production is a sharply drawn, compelling story of one Jewish woman’s journey across the 20th century.

Born and raised in Europe, the rise of the Nazis made Rose look West, where the allure of the American dream was calling. She may be just one woman, but Rose is telling the story of an entire generation who witnessed so much change, and so much stay the same.

Martin Sherman’s thought-provoking play is an intimate and moving account of a turbulent century that left indelible marks. It first premiered in 1999, and is made all the more urgent by stories of refugees and antisemitism still dominating the news.

Maureen Lipman stars in director Scott Le Crass’ production, bringing the funny, warm and humorous Rose to life. Her other credits include Oklahoma!, Glorious and, on television, Coronation Street.

Boasting a perfectly-pitched performance from Lipman, Rose tickets offer a jolting glimpse into our not-too-distant past.

Rose seat view photos show what view you will get for your money. Our users will start adding seat views when the show opens.