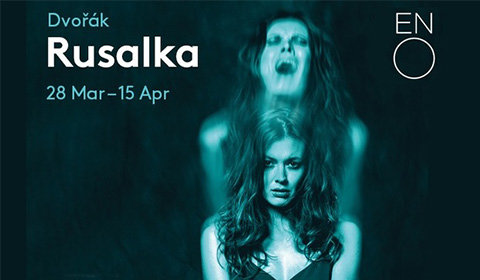 Written by Antonín Dvořák and comprising a libretto by poet Jaroslav Kvapil, the piece is based on a folk tale. It premiered in Prague in 1901. Many may recognise Rusalka's "Song to the Moon" ("Měsíčku na nebi hlubokém") which is often performed as a standalone in concert and on various film sound tracks.

The story follows a young water-nymph who falls in love with a prince. In order to win his heart, she chooses to be transformed into a human. The decision turns her life on its head.

Corinne Winters stars as Rusalka. She made her UK debut as Violetta in ENO's La Traviata in 2013. The Prince is played by the Olivier Award-nominated David Butt Philip, while the Water Spirit is performed by David Soar. Mezzo Patricia Bardon returns to ENO as Ježibaba. Soprano Claire Rutter fulfils the part of the Foreign Princess. They are joined by ENO Harewood Artists Katie Coventry, Nadine Benjamin, Idunnu Münch and Katie Stevenson.

The enigmatic Rusalka perfectly showcases Dvořák’s penchant for melody and orchestration. See it at the London Coliseum from 28 March 2020.

Special notice: Devotees of Dvořák’s works will find Rusalka at the London Coliseum a perfect vehicle for his gorgeous melodies. It's also an exciting chance to see Tatjana Gürbaca make her ENO debut; the gifted director is one to watch.

Sorry this show closed 15 April 2020, we recommend these similar productions. 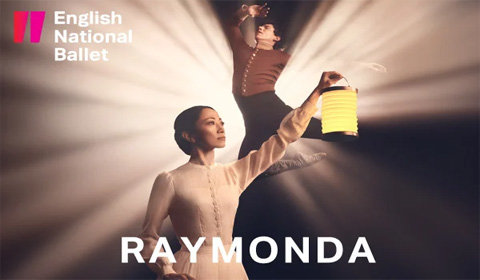 Rusalka seat view photos show what view you will get for your money. Unfortunately we do not have any seat views for this show.